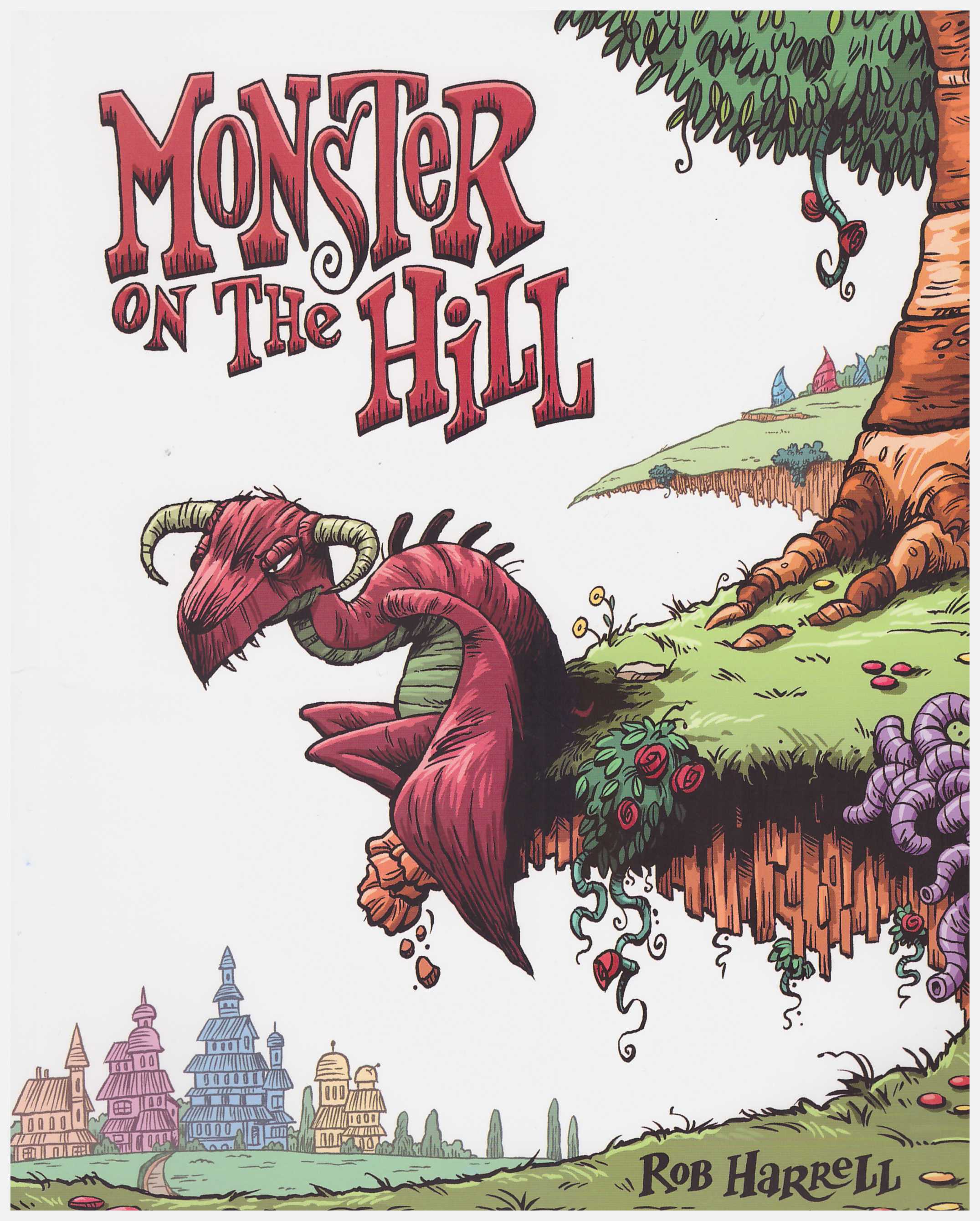 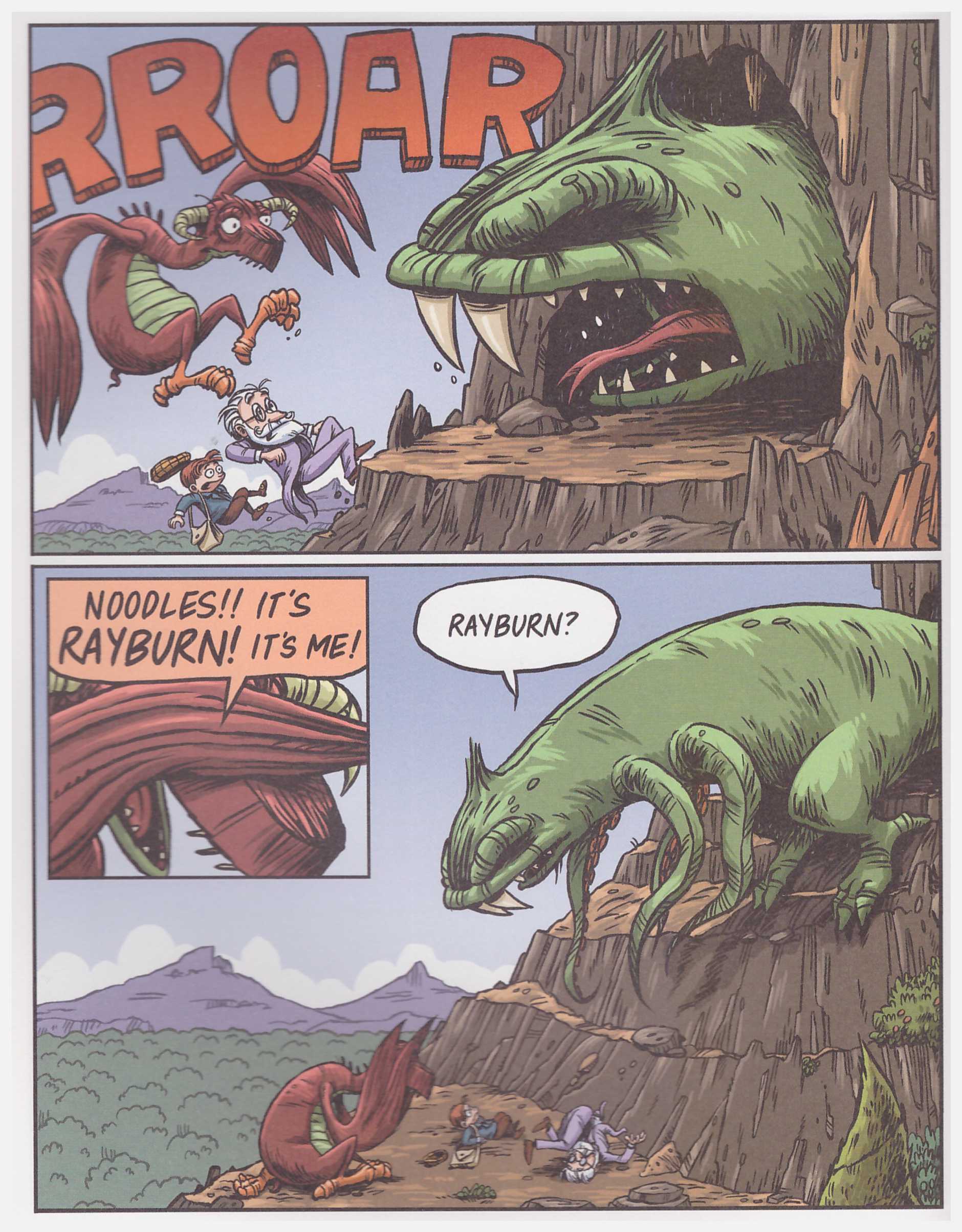 Just take a look at that cover. You’d have to be a particularly surly or closed-minded comic fan not to want open the book after that illustration.

Creator Rob Harrell is better known for his syndicated cartoon strips Adam@Home and Big Top, but if Monster on the Hill is anything to go by then he could just as easily have a career producing children’s books. He’s adapted very well to the graphic novel.

Having a strong concept helps. The book is set in a pastiche of Victorian England, complete with urchins and nutty science, and another extra: many towns have their own monster. These live in caves on the outskirts, which they occasionally leave to rampage through the town. Far from being considered menaces, these monsters are beloved, and a monster with a decent reputation can bring tourists to the place by the thousand.

Don’t apply the logic brake and go with the flow and you’ll enjoy a gag-packed ride as the residents of Stoker on Avon attempt to fire up their rather lacklustre monster Rayburn. He’s a glum sort, undergoing a crisis of confidence, and it’s up to inventor Charles Wilkie and newspaper boy Timothy to restore an effective monster’s personality. This takes the form of a visit to another more successful monster, but leaving Stoker on Avon without any protection while they’re away may have dire consequences.

Harrell obviously relished the opportunity to draw a project not intended for reduction to two inches by six, and his pages are packed with large illustrations showcasing the scale of the monsters. This results in a very quick read for a book clocking in at almost 200 pages, but look at the art closely and you’ll discover all sorts of visual asides adding depth. There are occasional places that seem diversions for the sake of it, a scene with a mushroom being one, but they’re all elements that children will enjoy.

Harrell’s choice of colour is interesting, deliberately both limited and muted, creating a downbeat tone to match Rayburn’s mood. As is often the case with children’s books, a message can be taken about the value of companionship and the dangers of isolation, but this is a subtext rather than highlighted and underlined.

The Monster on the Hill provides that frisson of danger without scaring the bejabbers out of the child, while simultaneously entertaining the adult who’ll have to read it to those of pre-school age. The Gruffalo would be a fair comparison in this and many other respects, and that’s a high standard to achieve first time out.