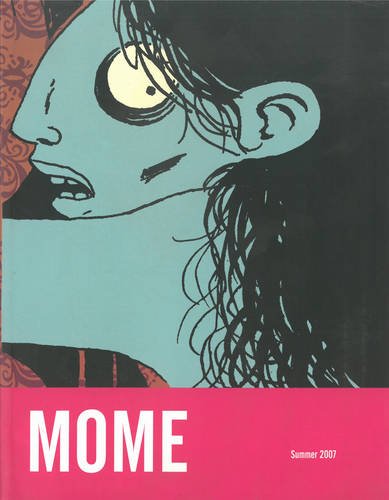 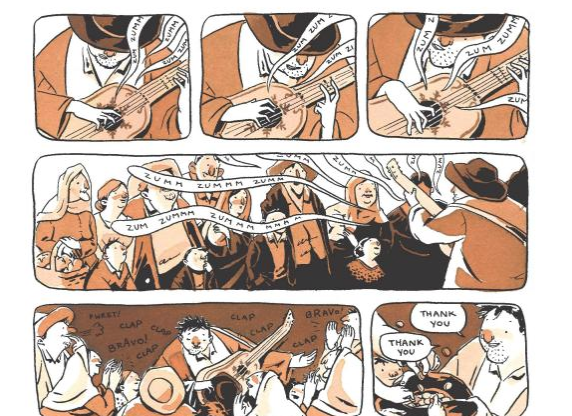 Eleanor Davis opens the issue. The similar style and restricted palette suggest it’s a companion piece to ‘Seven Sacks’ in the previous volume. We see a bacchanal in the woods. Could this be the event off-stage last time? It’s a boy-meets-girl story that makes an uncertain move to domesticity. Davis is a skilled illustrator with a distinctive style and imagery, and the pagan elements and slightly grotesque quality keep it just the right side of cute.

Al Columbia returns with more of his lovingly rendered, but gratuitously taboo breaking takes on beloved popular culture. This time it’s Felix the Cat subjected to it.

Jonathan Bennett is in the Subway for ‘Meditation on the Grid’. It’s a few minutes of almost stream of consciousness: people-watching; daydreaming; chipping away (literally) at the history embodied in the layers of paint. It’s familiar Bennett territory from previous issues, but he keeps improving. His use of intercut big and small panels is increasingly effective, for example on the breakdancing scene. The addition of simple grey tones adds real depth to his drawings, without the tiring repetition of detailed rendering in some of his previous work, and his line work is now sensitively and expressively brushed. Guys dancing on a train and bystanders are all convincingly drawn. He may take photos for reference, but the result is authenticity, and it fits seamlessly.

‘At Loose Ends’ is French star Lewis Trondheim’s mid-life crisis journal. He’s taking time off the treadmill of producing albums to explore with his contacts in French comics whether cartoonists burn out or lose their creativity. This is presumably more interesting if you are steeped in French comics. As this final part begins though, it seems he’s solved his own crisis and perhaps exploring the issue with a bit less impetus.

‘Mister Dangerous’, the title of Paul Hornschemeier’s continuing story, seems, here at chapter six, a red herring. Perhaps it’s an ironic reference to the youngish woman’s half-hearted search for a suitable man. We learn it’s the name of a fictitious TV show. It’s minimally but convincingly rendered, and his palette of flat but subtle colours works well in this chapter’s ice cream parlour setting.

Tom Kaczynski’s unnamed protagonist has a dream that he wakes up in the far future, where technology has changed, but it’s still disappointingly familiar. He seeks psychological help. None of this is new, but still it feels authentic, and there’s enough smart nuances to keep it interesting. The thin lines and flat pale tones give a look of modernity, fluorescent lights, and a sense of unreality and detachment, that complements the story.

Joe Kimball makes his publishing debut here with ‘Hide and Watch Me’. It’s a succession of cryptic wordless images – some of a boy with a gun convey a narrative, but others remain elusive. It’s intriguing work, nicely rendered, if dense on this page size. His piece in the next issue has a similar title, so perhaps a bigger picture will emerge.

Continuing stories by Tim Hensley and Kurt Wolfgang are absent from this issue.

Anthologies are rarely entirely satisfying, but Mome has much good work, and a laudable policy of supporting the continuing work of some relatively unknown creators. Some material, such as Jonathan Bennett’s appears not to be available so far in any other form.