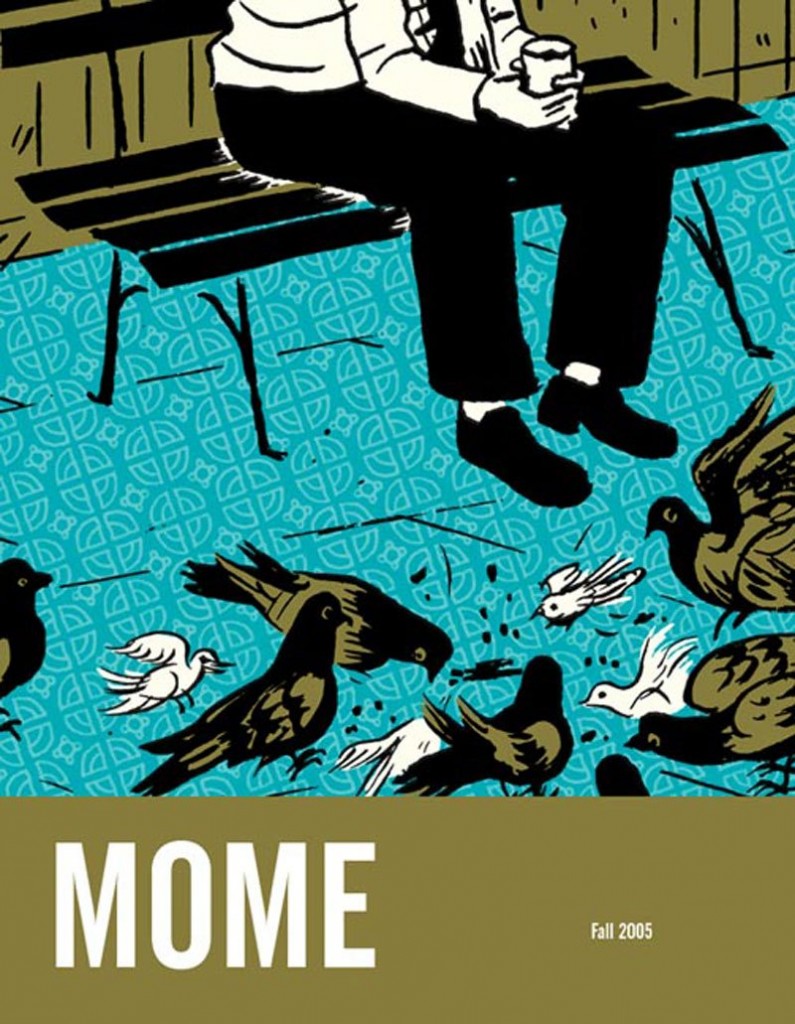 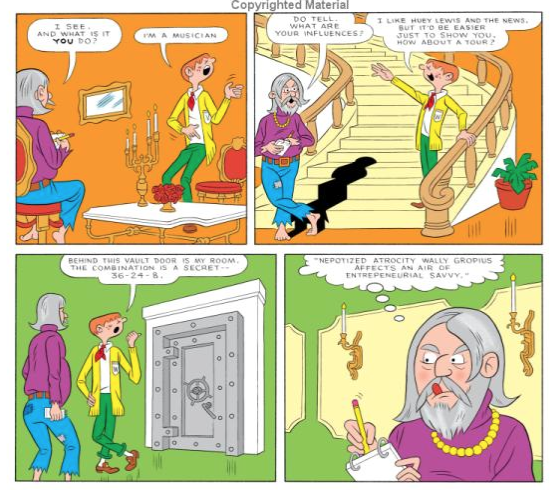 This is the second issue of Fantagraphics’ paperback book anthology of original comics by up and coming creators. Only Tim Hensley, with a mere two pages, is new to the series.

As with the first issue, the focus is very much on slice-of-life stories. Jonathan Bennett and Gabrielle Bell both provide first person, seemingly autobiographical stories. Bennett has previously set a number of stories at a favourite street corner, and this one’s a linear account of a few moments of the author’s life. He’s drinking coffee, and musing on the local pigeons, their behaviour and morality. “One bird… Violently picks… at what little meat remains… on the deep fried leg of another“. It’s a minimal ‘story’ nicely told. The depiction in comics is also deliberately minimal with only a couple of  visual viewpoints, and the emphasis on the subtle movements of the narrator and the pigeons. It’s comics at the opposite end of he spectrum from the dramatic perspectives and dizzying movement exemplified by How to Draw Comics the Marvel Way.

Bell’s, ‘Happy Fuckin’ Birthday’ is less linear. It starts as she invites someone to her party. There’s a flashback to how he got a black eye, then we see the key moments of the party including a follow-up to the eye incident, and then it progresses to later years to show the effect of this spoiled one on her future approach to birthdays. It’s another story nicely told, with a quirky but pleasing conclusion. As part of Fantagraphics’ support for these creators, they are interviewed, and in this issue Bell talks to Gary Groth.

It’s also the not entirely happy birthday of the female narrator in the second episode of ‘Life with Mr Dangerous’ by Paul Hornschmeier, told from the point of view of a youngish woman trying to make a life on her own. Here she’s meeting her mother for a birthday, with a playing out of mother and child roles and a dance over who pays the bill: “I can buy my little girl dinner on her birthday“. It’s drawn with understated, but effective brush lines, and excellent use of colour with different palettes for the daytime, indoors, and dusk scenes.

David Heatley continues his disturbing tale of childhood trauma in the backwater town of ‘Overpeck’. There’s also a darkness to this issues stories by Jeffrey Brown and Sophie Crumb, although both tell them with a fairly gentle touch.

There is a change of mood, though, in the pieces by Hensley, Andrice Arp, and Anders Nilsen. Arp again, charmingly adapts another mythical story from the ancient Japanese Nihon Shoki. The Hensley shorts are ironic takes on pop culture reminiscent of Daniel Clowes. Nilsen’s ‘The Event’ is something quite unique, that really stretches the comics form. It’s less a story than a set of statements building on each other. Even compared to his philosophising stick figures last issue, this is daringly minimal. Each page is a simple piece of text with a roughly drawn coloured shape. The first page “What you said you would do“ shows a grey square. “Your reasons for not doing it …stated”  is a similar square containing four coloured squares. “Unstated” is a big square in a storm cloud grey. It goes on to break down the impacts and consequent actions of he initial event, all represented by simple coloured shapes. It’s a bold idea, brilliantly and satisfyingly executed.

Nilsen’s is the one five star item here, but it’s all worth reading, and much (including the Nilsen) doesn’t appear to have ever been published in single creator collections.