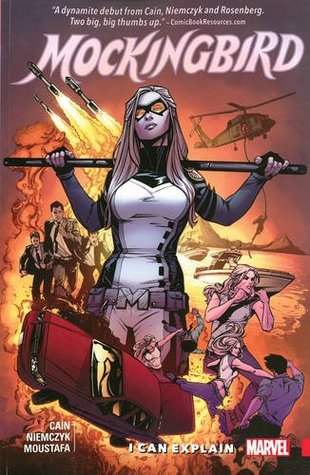 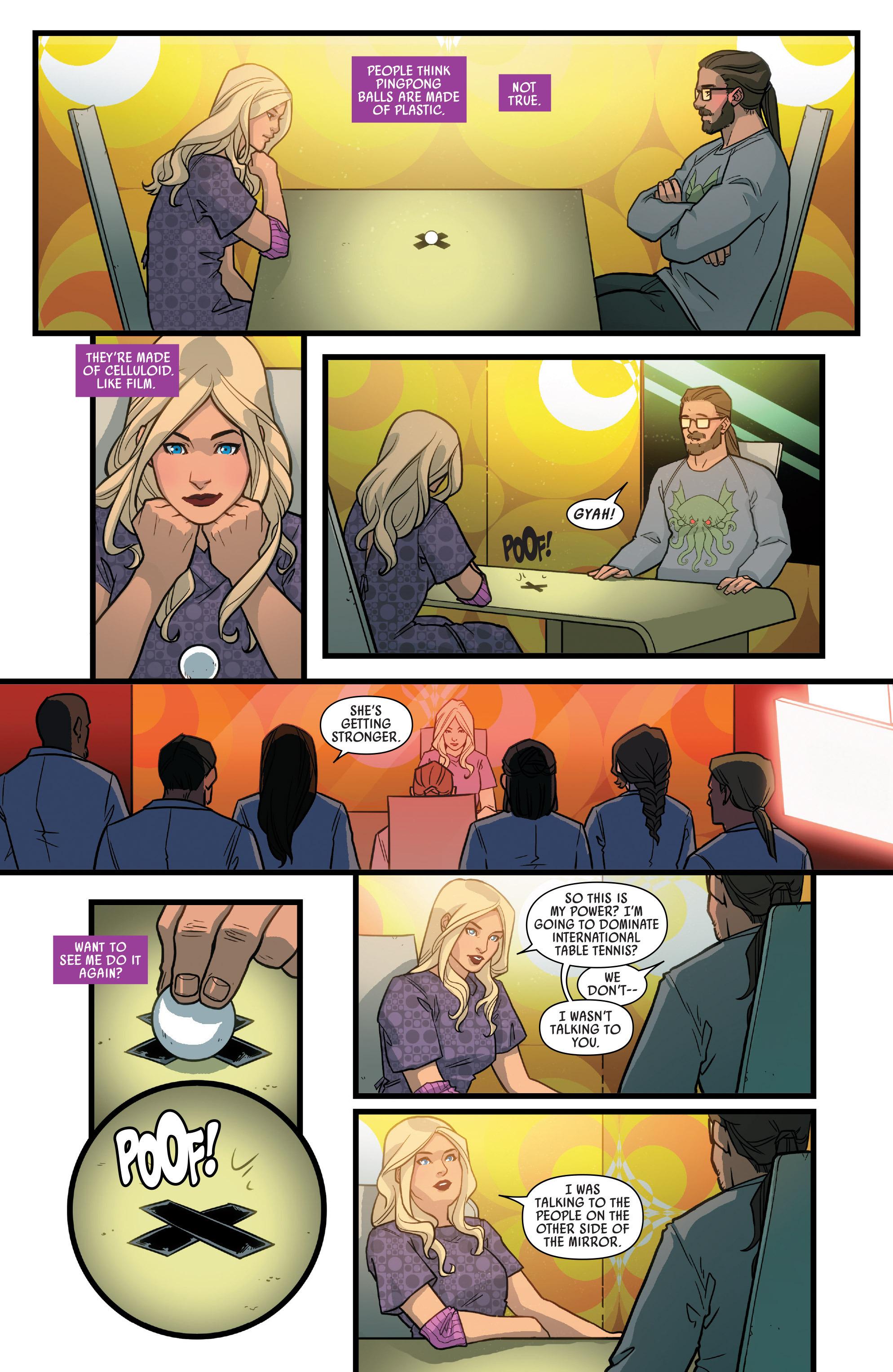 There’s a puzzling editorial lapse to I Can Explain, placing writer Chelsea Cain’s first Mockingbird outing at the back of this collection when it should really be the opening item. Not only because it makes more sense than the opening chapter here, but because it provides some context for that opening chapter, and is a more reader-friendly introduction to the character and Cain’s smart and impressively detailed plotting.

Bobbi Morse is sometimes among the Avengers, but is a full time S.H.I.E.L.D. employee, and concerns about the two serums taken to enhance her lifespan and capabilities require regular assessments by the S.H.I.E.L.D. medical staff. In the opening chapter we see several of these assessments, and minor snippets of action in between. It’s intriguing, witty, and original, and closes with a strange event. The following three chapters offer what occurred between visits, and the one after that an explanation for that strange event. Cain plots with her tongue positively glued to her cheek, conceiving humorously improbable solutions to standard hero situations, and accompanying them with Bobbi’s sardonic comments on events. It’s like watching a film with the actors on the extras soundtrack chuckling about the scenes.

Cain is also responsible for many of the visual jokes included by Kate Niemczyk, so pay close attention. You will anyway, as part of the spy mystique is an alluring cast, and Niemczyk provides that in spades, along with great visual characterisation. You want a pin-up? How about a cutaway of the S.H.I.E.L.D. Medical Facility complete with all furnishing and equipment? Sadly that’s not by Niemczyk, but by almost as good stand-in artist Ibrahim Moustafa, whose poses are more static. Joëlle Jones draws the closing story that should be the opening story, and it’s stylish and appealing, and its presence here saves you having to buy the lacklustre S.H.I.E.L.D. Secret History, where it was by some distance the best content.

In addition to the fun story, Cain loves throwing in fun facts. You’ll learn about rainbows, about the Saiga antelope, about table tennis balls, assorted chemical titbits (Bobbi’s a qualified biochemist) and about Tony Stark’s reading interests. The solid gold isn’t quite extended all the way to the end, where the revelations fit the series, but the final chapter doesn’t quite have the same pizazz, and the use of guest stars in more than a cameo fashion is a mistake that drags the attention away from the star.

Cain’s writing history is outside comics. There have been columns and novels, and plenty of funny books (as opposed to funnybooks), and that’s what counts here. We laugh along as she takes a character with a long Marvel history, ignores most of it other than noting Bobbi was once married to Hawkeye, and provides her with more personality that she’s had in all the years of her existence. That partly manifests in the whimsical viewpoints, with Cain noting that everything may not be the exact or complete truth, but it’s the truth as Bobbi sees it.

Sadly the market for a witty updating of a minor character then appearing regularly on TV was pretty small, as the series doesn’t last beyond a second graphic novel, My Feminist Agenda. Don’t be tempted by Mockingbird: Bobbi Morse – Agent of S.H.I.E.L.D., which features her nondescript appearances from the 1970s and 1980s. There are no paper doll costumes in that book. ‘Nuff said. 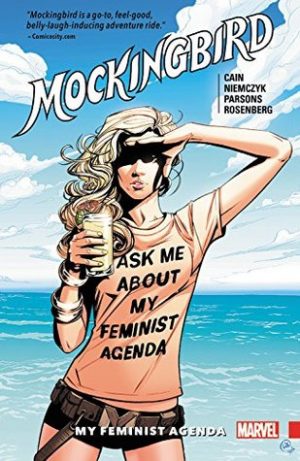