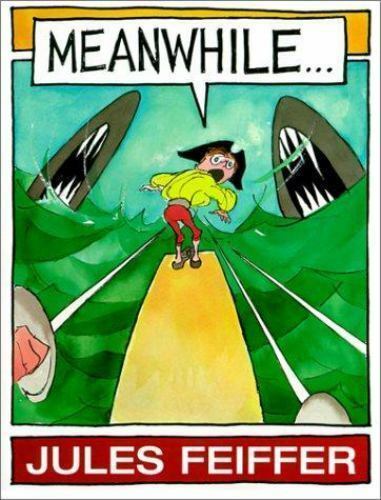 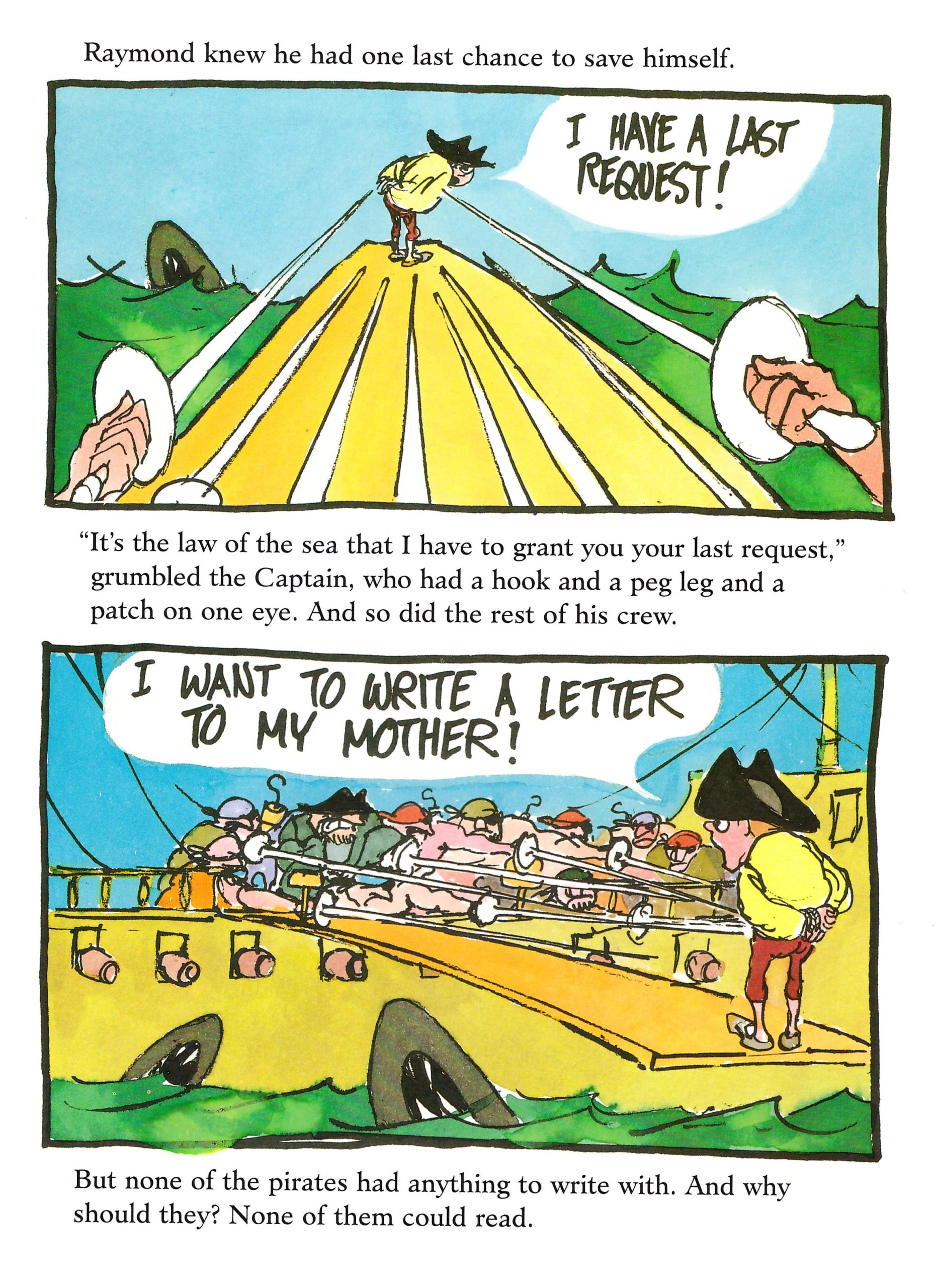 After the neither fish nor fowl of The Man in the Ceiling, Jules Feiffer re-evaluated his children’s book career and again fully embraced comics as his format of choice. The first product of this decision was Meanwhile…, and five printings in the first six years of release speak to the success.

It’s not only the techniques of comic creation to which Feiffer returned, but a fundamental mainstay of the earliest American comics, the caption reading “Meanwhile…”. Raymond is frustrated by his comic reading constantly being interrupted by his mother calling on him. If only he had his own “Meanwhile…” he could employ. Perhaps if he just writes “Meanwhile…” on his bedroom wall… It’s a wonderfully simple method of dropping Raymond briefly into a succession of action adventures, and an equally neat means of extricating him if things become a little too frightening for the young audience. Yet Feiffer is imaginative enough to subvert that, taking the short story in a challenging direction.

Because of the loose, sketchy way he draws there’s a tendency to assume Feiffer just knocks the art out, and when it comes to the actual drawing he probably does, but the time spent is there in the contemplation of how to best lay out the pages. The smallest panel is a third of a page, and there are never more than three panels to a page, big images for little eyes, and the simplicity of the compositions ensures immediate understanding.

Not all of Feiffer’s subsequent children’s graphic novels are as elegant as Meanwhile…, which is a great concept perfectly delivered.