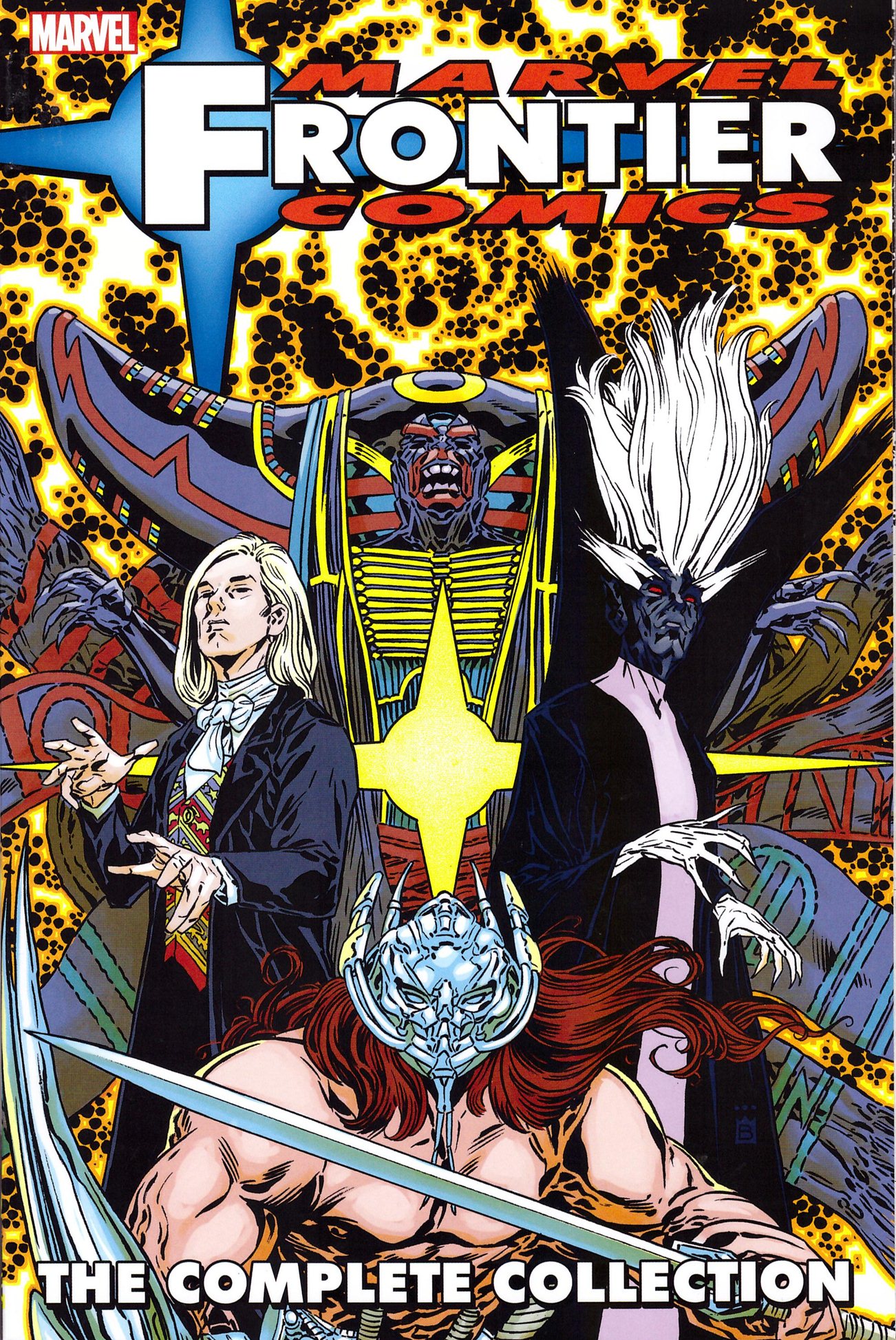 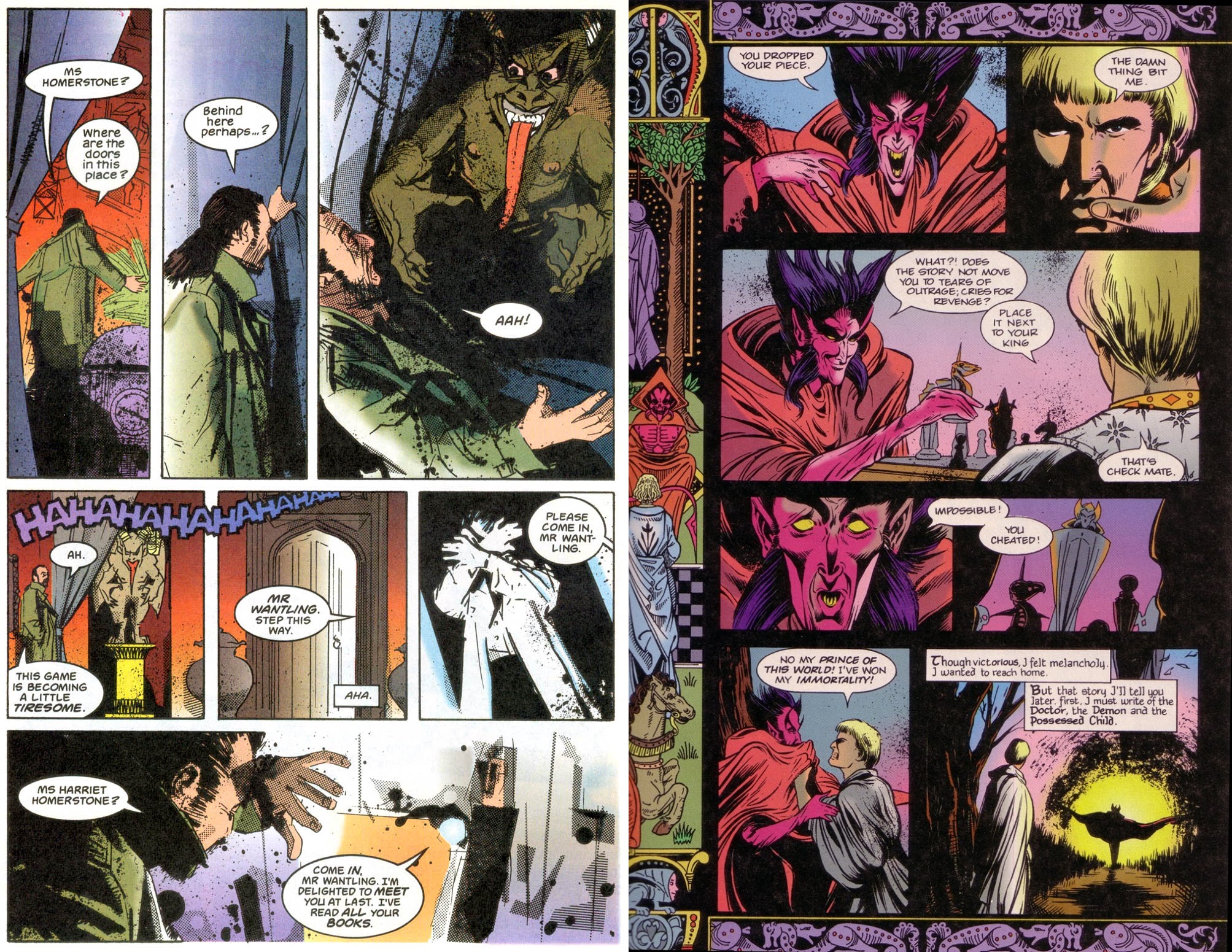 In the early 1990s Marvel’s British office launched the Frontier line, enabling creators to work on one-off projects not necessarily tied to Marvel’s regular characters, and able to investigate more adult themes. In hindsight the creative line-up seems phenomenal, but at the start of their careers interest was low, and Frontier quietly folded. Its entire output is gathered here, lovingly presented with each strip introduced by the creators.

Three four chapter features form the bulk of the book, with the best of them being the supernatural skullduggery found in Children of the Voyager. Horror fantasy writer Sam Wantling embarks on a dark journey of self-discovery prompted by strange dreams he can’t recall. As presented by Nick Abadizis he’s deliberately unlikeable despite his troubles, and that’s worked into what’s peeled back as a shell of a man with a higher purpose and desperate to avoid it. Paul Johnson is an immense talent lost to to comics, and his scratchy linework has an atmospheric precision, enhanced by subtle colouring from Abadzis. Events are padded a little to fill four chapters, and Abadzis acknowledges some over-writing in his introduction, but this is still a tense and chilling proposition.

The fabulously named Mortigan Goth in Immortalis is brought to life by Nick Vince and Mark Buckingham. A deal with the devil, or Mephisto, let him survive the plague in 1349 via winning immortality, but he rapidly discovered what a trickster the devil is. Six hundred years later Doctor Strange has lost his powers. Vince introduces the idea of the powers Strange calls upon having a cost, which would take a further twenty years to filter through to the canonical version, and Buckingham débuts the ornately decorated page borders that would prove memorable on Fables a decade later. As the present suffers we learn the past, and while the plot and art work, it’s safe to say both creators would have a more refined approach now, especially with a disappointing and glum final chapter.

Hopi creation myths feed into Dances With Demons, which is too tied to the requirements of action comics, whereas with a little less horror and a little more atmosphere the plot would work for a 21st century TV drama. Under Simon Jowett and Charlie Adlard native American James has all-but denied his own culture for surf life, but his seemingly fractured ancestry conceals important secrets that come to threaten him. It’s a story of awakening and accepting responsibility, Adlard’s economical art is merged with amazing designs from Edmund Perryman to good effect, and following-up on James is the best of the brief coda stories.

Liam Sharp’s assessment of his two chapters is accurate. He notes influences that change almost by the page during a transitional period for his art, with the Bloodseed character written by Paul Neary very much in the monologuing style of the early Image comics, then contemporary. What for too long seems to be standard barbarian nonsense is eventually revealed to have a clever idea behind it, but getting there is a problem despite an impressive energy to Sharp’s pages.

Two final shorts are provided, by David Hine, and Vince and D’Israeli’s ‘Troubling Deaf Heaven’, both sting in the tail horror and both fine for what they are. To round off, promo articles, sketches and even the Bloodseed trading card provide a complete reckoning. Ultimately Marvel Frontier Comics is more about the promise of things to come from the creators who’ve since had sparkling careers than a shining lost legacy. 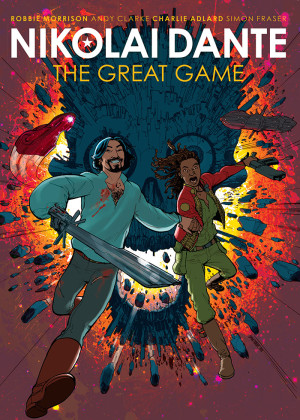 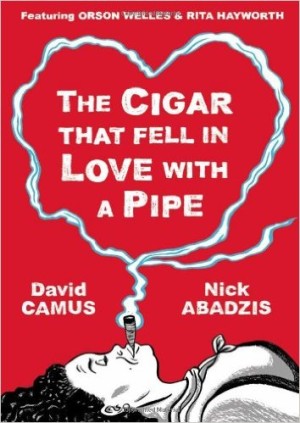 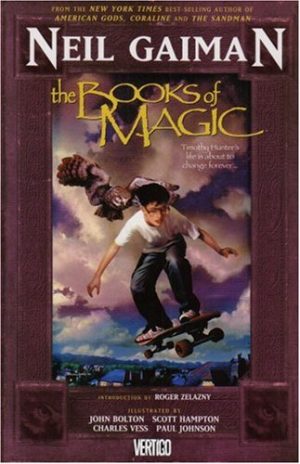