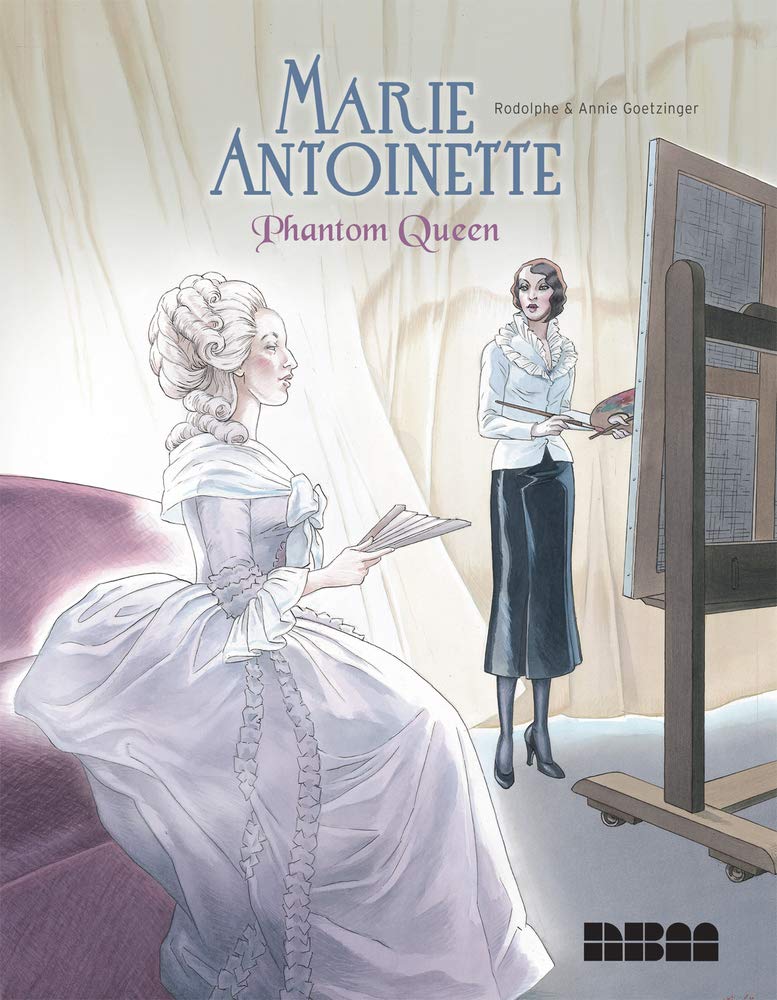 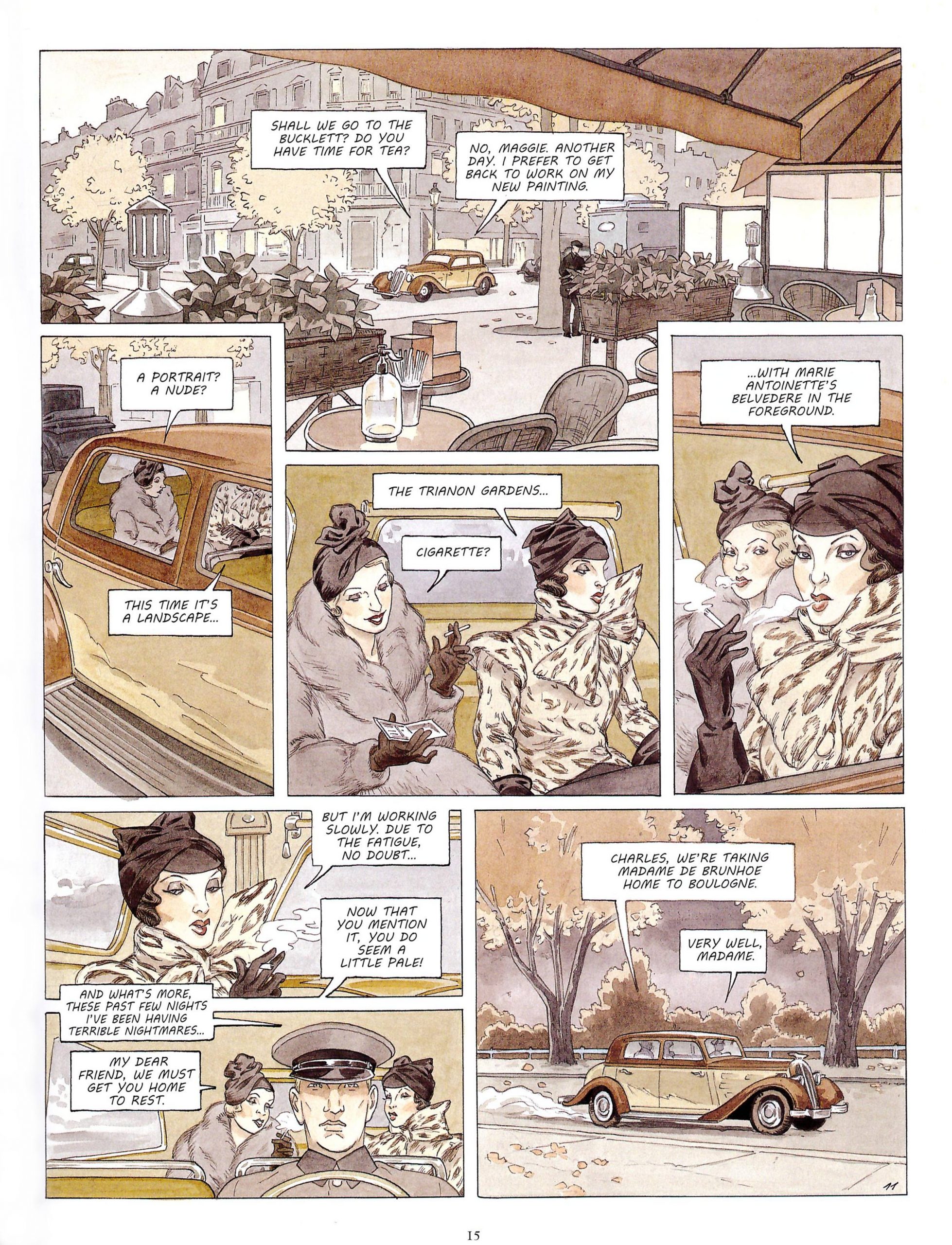 18th century Queen Marie Antoinette is a casualty of history, notoriously reduced to a single callous line about French peasants. The suggestion they could eat cake if they had no bread was in all likelihood revolutionary propaganda to further distance the French royals rather than anything Marie Antoinette actually said, yet it’s how she’s remembered. Co-writer Rodolphe’s introduction notes Phantom Queen’s inspiration as a book by two English women who claimed to have seen Marie Antoinette’s ghost in 1901. However, their story was too slim, so he and collaborator Annie Goetzinger use their claim to concoct a different tale.

In 1934 artist Maud deBrunhoe begins a landscape painting featuring an area Marie Antoinette loved at the palace grounds in Versailles. She’s recently inherited a fortune from her dead husband as his second wife, and is irritated by the attentions of her stepson, actually three years older than her, perceiving his attempted flattery as a desire to acquire his father’s money. Planning to fake a séance as a form of entertainment, Maud is surprised when a ghost actually manifests.

Maud is the venue through which Rodolphe and Goetzinger present Marie Antoinette’s story of Austrian nobility shipped off to France at fifteen to marry King Louis, a casualty of political expedience. It proved a mechanical marriage, and Rodolphe and Goetzinger’s extrapolation proves mechanical also. They run through biographical details of Marie Antoinette’s life providing a strained comparison with Maud, a woman also on the verge of being wronged, but neither is given any great personality. Marie Antoinette relates her story as if reading her Wikipedia page and Maud drifts, her acceptance of circumstances very matter of fact, and she’s prone to wandering around in public as if talking to herself when actually conversing with the ghost. The distanced portrayals are emphasised by Goetzinger’s art, which is technically correct with a period elegance, and detailed where necessary, but emotionally sterile. It’s difficult to gauge what anyone is feeling from her illustrations.

As both creators have been involved with superior projects it’s puzzling that Marie Antoinette: Phantom Queen falls short, but it does open the door for someone to produce another biography of a person history has failed. 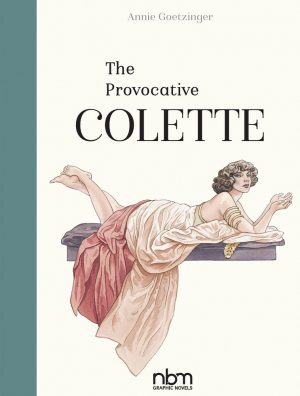 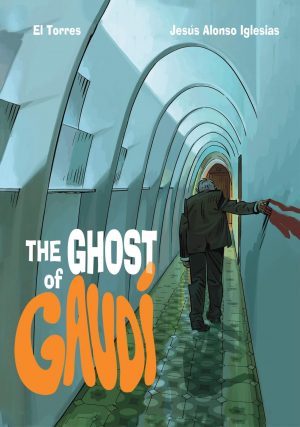