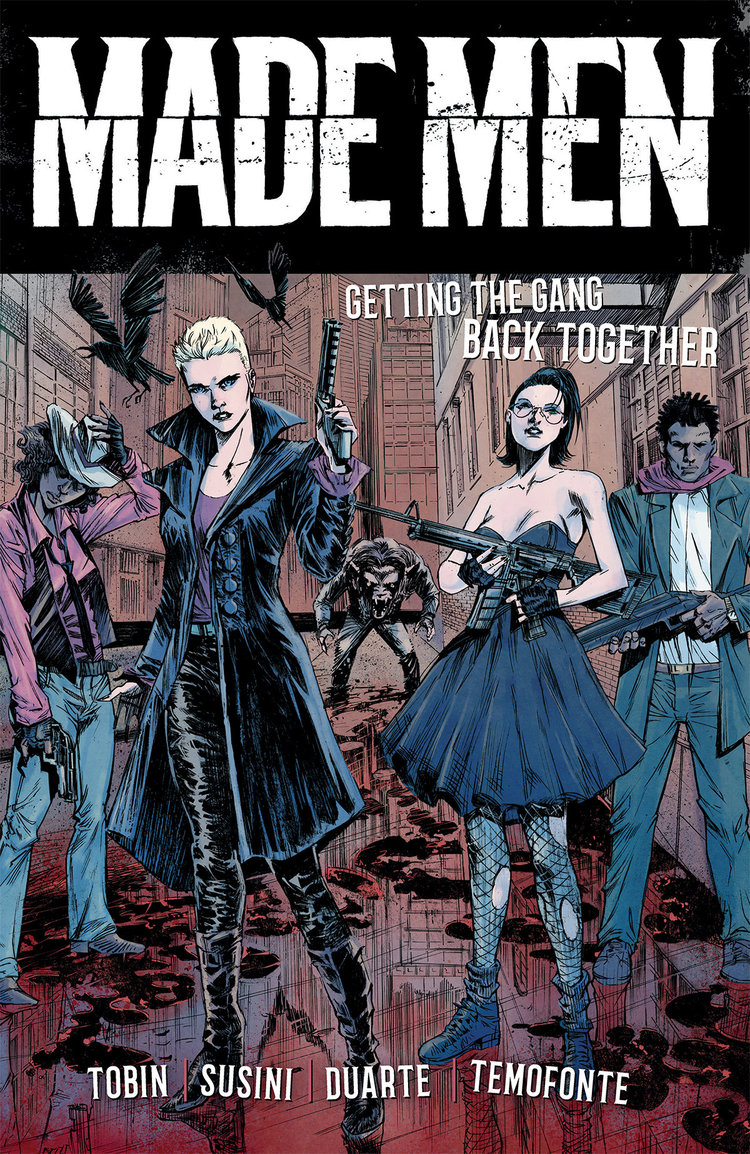 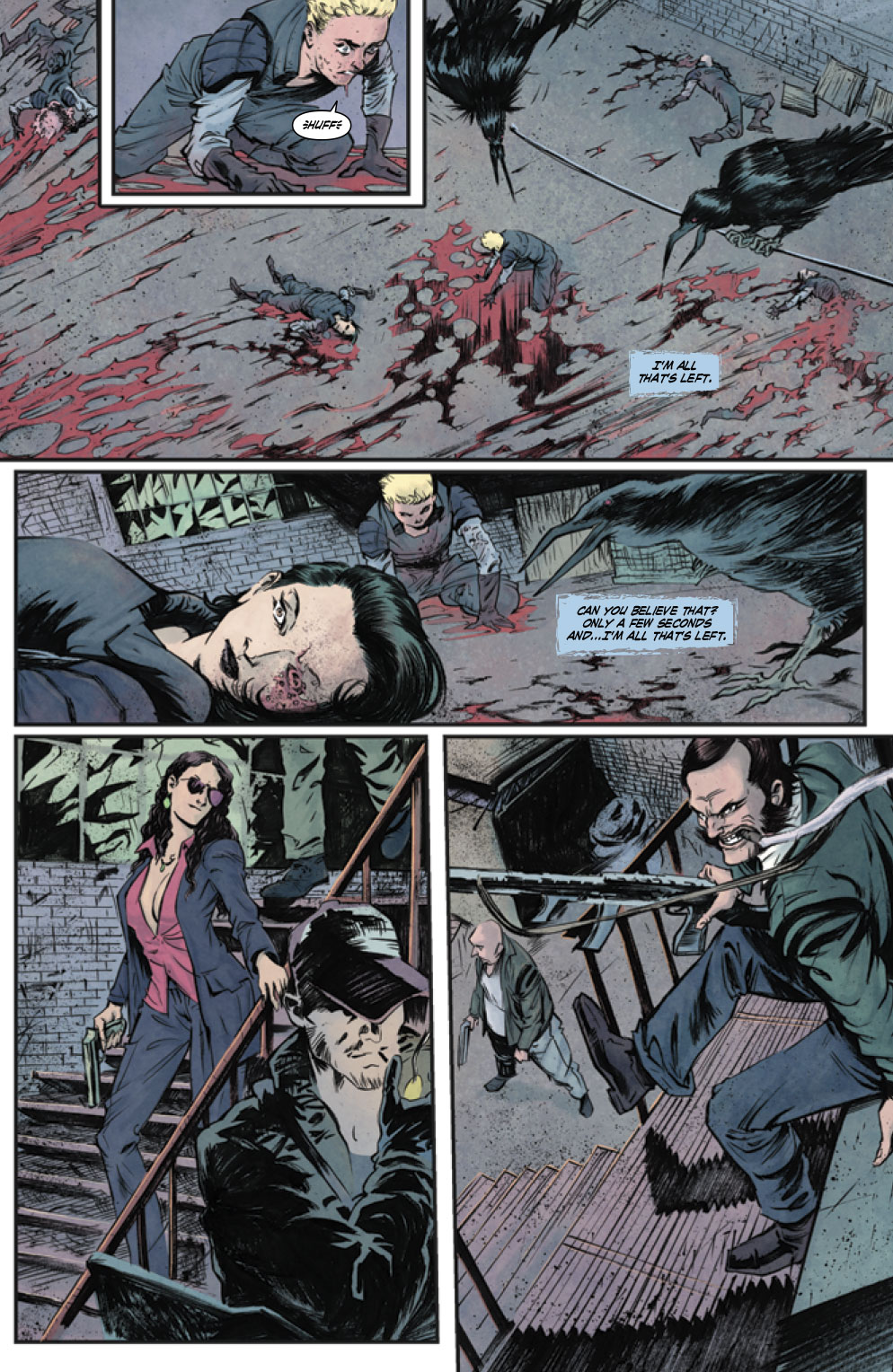 Jutte Shelley is a police officer, and as seen by the sample art, the only survivor of a well planned ambush designed to take her entire squad out. What the assassins don’t know about Julie is that she’s not exactly who she appears to be. She has a family history and the resources to put things right, and in this revenge fantasy that’s what she does. Paul Tobin’s title is clever, and ties into Jutte’s secret. It’s necessary to reveal that for a considered review, so if you’d prefer not to know, don’t read beyond the next paragraph.

This is a very dark and violent story, so Arjuna Susini ensures it looks that way. Colourist Gonzalo Duarte works with a lot of dark red, filling in the mayhem Susini supplies in his loose, flowing style. On some panels he’s not too far from Gene Colan, but for most of Made Men he has that busy, detailed European style that seems so effortless.

Jutte’s secret is an example of any plot being all in the context, as when it’s first revealed, it hardly seems like a great idea. The reason for her chosen name is a little joke, because her real name is Frankenstein, descended from Victor’s sister, her grandmother, whom she credits for much of the research and work that earned Victor’s notoriety. When you have access to her processes, getting the old gang back together again isn’t such a problem, even if they’re dead. Jutte resurrects them all, after a fashion, and they spend the remainder of the book discovering why they were marked for death, and hunting down those responsible.

It seems at first that Tobin’s pulled rather a clunker, that once the revelation’s made that we’ll be in standard cop drama territory, if a little more violent than usual, but that’s not the case at all, and he’s second guessed cocky reviewers very professionally. This is a crime drama, but once Jutte discovers her true mission in life it has a very clever twist. There need be no murder victims, and who can put a price on that? It’s not the only good surprise. An audacious piece of writing starts with a bullet heading through the air at speed toward someone we’d prefer didn’t die. It’s at that juncture that Tobin decides to provide us with some more family history. However, it’s more than just a means of cranking up tension, and the way he switches back to the present day is a magnificent piece of writing. The Made Men also have some novel ways of getting what they want. It would be nice to say Made Men was all gold, but there are niggles. Tobin overplays the liberated woman in a new century, and there are especially mixed messages about aggressive female sexual choice, which come across far more as tits out for the lads.

There’s more than enough about Getting the Gang Back Together to suggest a premise with legs for the long term, although some forward planning considering how individual comics will be collected as graphic novels would be nice for the future. This ends extremely abruptly, sort of like 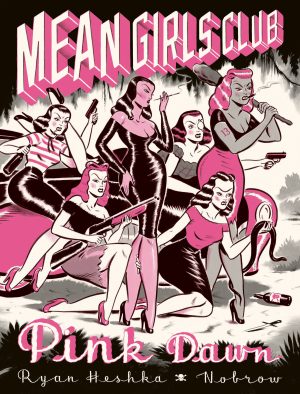 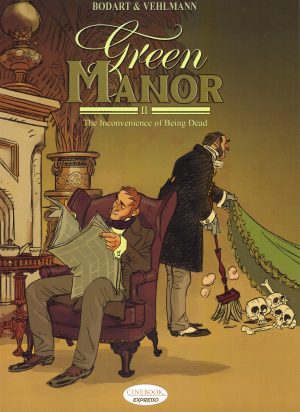 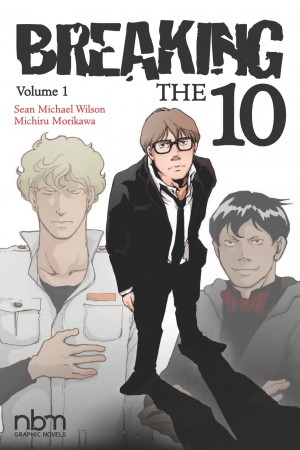