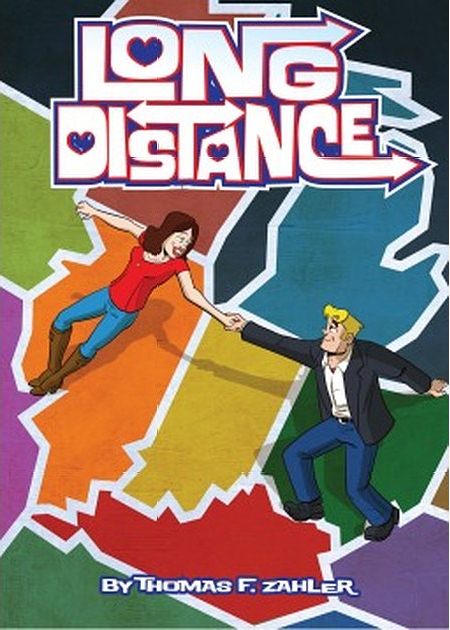 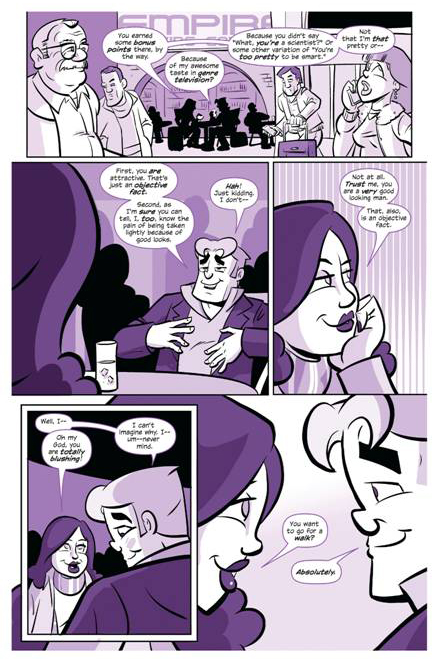 Carter Blue and Lee Smith first meet at an airport. He’s had a frustrating trip from Columbus to New York to show some art samples promoting his advertising business, she’s been attending a meeting about a new space telescope as a NASA research scientist. All flights are delayed due to snow, so they share a drink, and one conversation later it proves the most fulfilling delay either has ever experienced. Each returns home and extols the other’s virtues to their best buddy. The awkward aspect is the distance between Chicago and Columbus exceeding 350 miles.

Zahler originally planned the plot as a TV comedy, and there is a polish, the attention to detail about how people are when they first meet, and while that might seem a good idea it’s actually to the detriment of a graphic novel. There are just too many scenes that drag over several pages without building the bigger picture. From the moment they meet Carter and Lee have a mutual attraction, they explain why to their friends, and then we have a dozen pages of their following phone call which offers little more than might have been supplied in a caption noting they agree to meet the following weekend. A story requires exaggeration, so that amount of content concerning two nervous people joking along with each other in realistic fashion doesn’t work as any form of entertainment. The jokes aren’t sitcom sharp, and the sequence is dull. Unfortunately the book is eaten up by similar scenes.

It’s a shame as there are some elements Zahler handles very well. Colour is interestingly applied, with Carter (green) and Lee (russet) characterised by a single shade that darkens and lightens to reflect mood as their narratives continue. The use of text conversations and accompanying illustrations is a good idea, but becomes sucked into the mundanity, and it’s surprising that the scenes the two leads generally share with other characters are more entertaining due to their being less predictable.

Zahler’s cartooning is excellent, particularly as he’s set a rod for his back in choosing to illustrate a story that’s exclusively conversations or text messages. He needs to convey emotions and he needs to ensure the cast are occupied so it’s not variations on the same scene, and this is the best aspect of Long Distance. Look at it, and half the job of selling the copy is done.

Taken as a whole the plot would work as romcom movie with an actor and an actress adding some visual engagement, but that would still require a lot of script tightening and someone working on the jokes. As a graphic novel it doesn’t succeed anywhere near as well as intended. 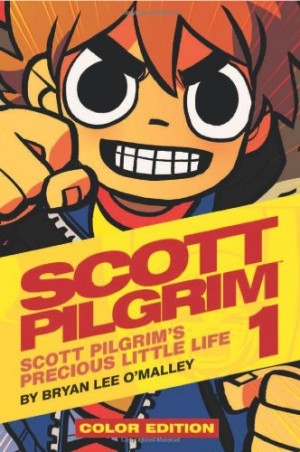 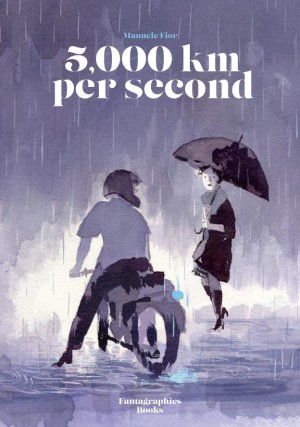