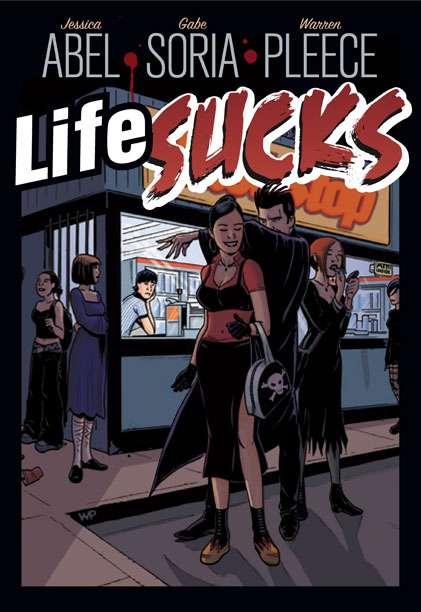 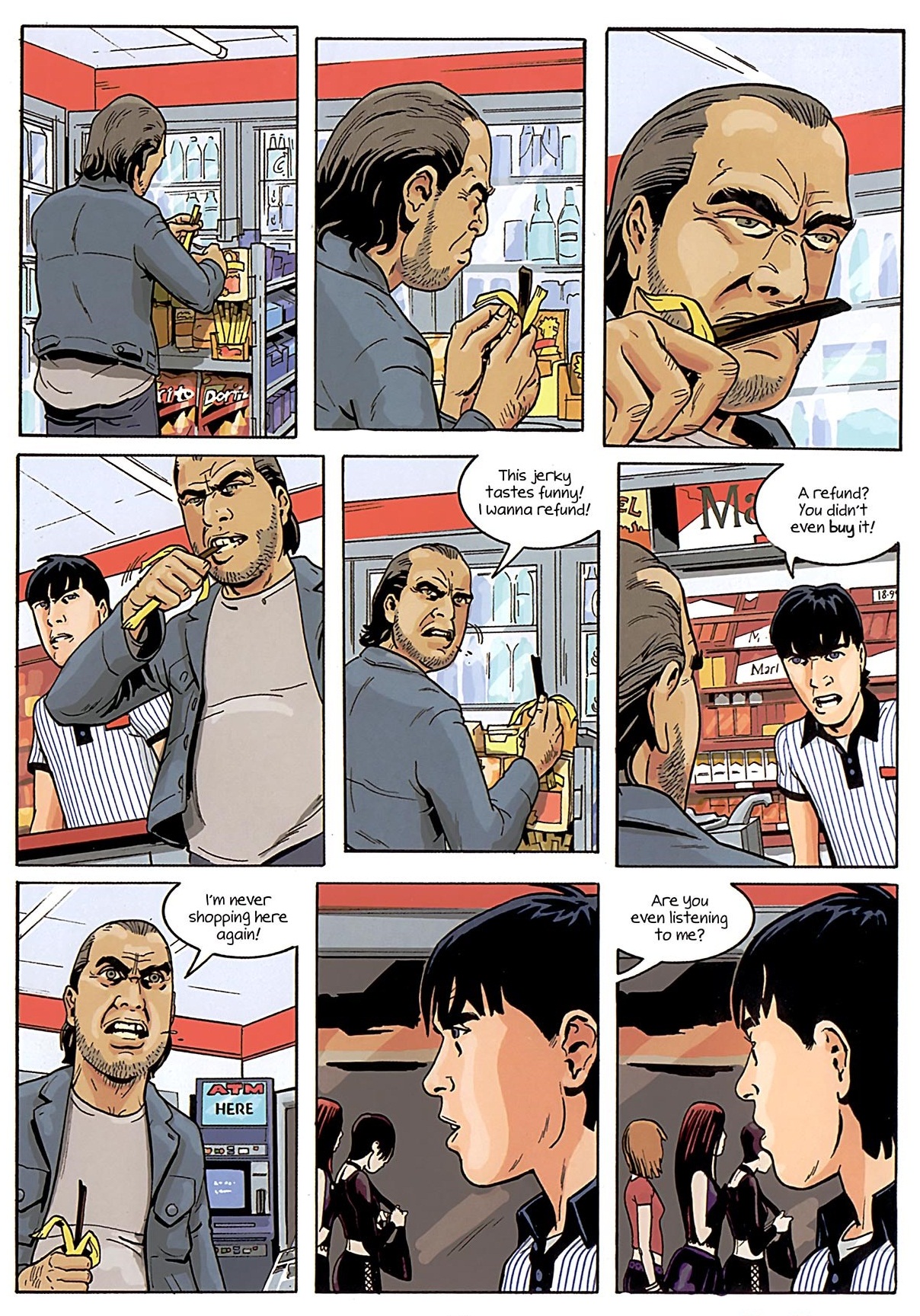 It takes a while of seeing Dave Miller go through the dull routine of his night job at the convenience store before some elements fall into place and the clever allusion of the title becomes apparent. Dave has his share of odd and ignorant customers, the owner checks up on him by phone, his mate comes by to check out the girls wandering past, and then the vampire wannabes come in. Their version of role playing would make Ann Rice cringe. Then, on page 25 everything changes, and a lot of what’s already been read takes on a new meaning. Don’t want the surprise ruined, then don’t read beyond the next paragraph.

Jessica Abel and Gabe Soria have come up with the basis of a neat story twisting several preconceptions. In Dave they’ve created a likeable sad sack, and Warren Pleece’s disciplined storytelling sells Dave’s world. There’s no glamour to it, and very little hope, and Pleece brings this through. It would be improved, however, if the pacing wasn’t so leisurely. It’s necessary at the start, to reinforce the tedium of Dave’s life, but once that’s established a more compact and faster paced story would perk up Life Sucks immensely.

The gist of Life Sucks is that vampires exist, mingling with humans, although not during daylight of course. In the case of Dave it’s a pretty mundane existence with little in the way of opportunity as he’s in effect enslaved by his Romanian vampire store owner. Radu put the bite on Dave, and Dave, under the laws applying to vampires, has to obey him unless Radu willingly grants him independence. That’s not going to be very likely the way things are going, and as far as Dave is concerned the book’s title more than applies. Beyond that, how is Dave going to ask out the girl he really likes when she thinks he’s a dork? Well, it might help if he actually exploited the abilities he has as a vampire like his mate Jerome, but Dave has principles. He’s also got an adversary, Wes. a complete pain responsible for the circumstances leading to Dave becoming a vampire, and one also determined to win over Rosa. “You wouldn’t believe what a softie he his when he’s alone”, is her assessment of Wes, so does Dave stand any chance?

Much of Life Sucks is good. Rosa’s romantic conception of what being a vampire would be like placed against Dave’s version of reality is nice, and the personalities are well developed, particularly the obnoxious Wes, and the grasping, yet oddly paternal Radu. Set against this is that the pace is positively plodding over several sequences. Plenty to admire, then, but could have been better. 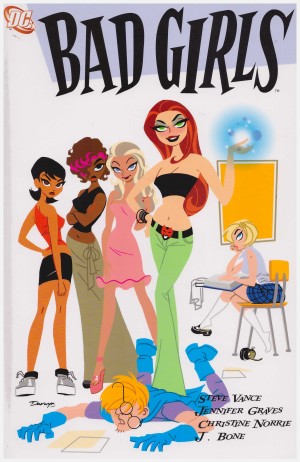