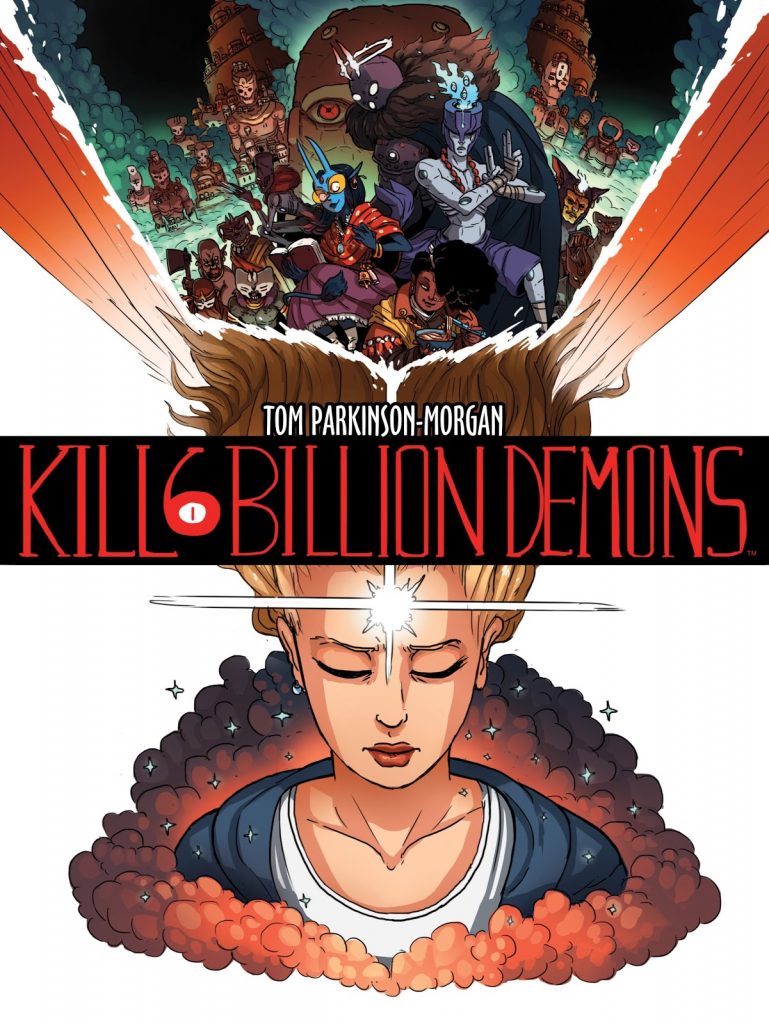 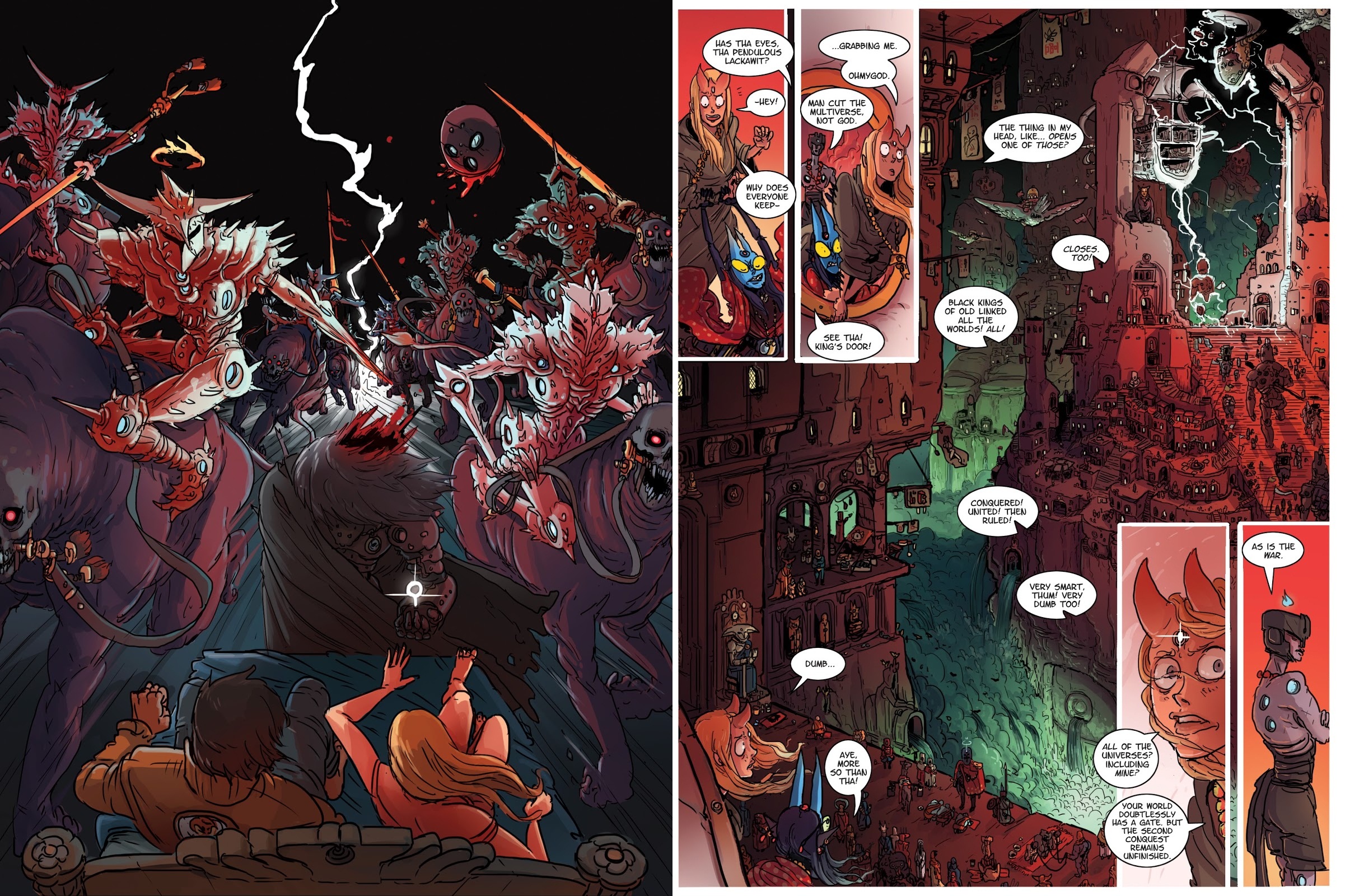 There’s a disturbing start to Kill 6 Billion Demons as what’s conveyed is Allison Ruth being pressured into sex she seems unsure about by a pushy boyfriend, although that’s later recontextualised. That becomes the least of her problems as she’s transported to the centre of all universes with a concealed key embedded within her head. She’s fortunate enough to fall in with what by human standards would be an angel, although with a different set of priorities than we might expect, having more in common with Judge Dredd. As if becoming accustomed to a mind warping lesson in the true reality wasn’t enough, early in the story Tom Parkinson-Morgan lays out his interpretation of God. He doesn’t lack ambition!

Parkinson-Morgan fills his pages with an insane amount of detail. Reviews on this site make similar comments about George Pérez or Geof Darrow. Well, multiply their best by ten. The sample pages aren’t just isolated examples. Almost every page displays a similar amount of effort applied, resembling nothing so much as the mind-expanding work seen in 1970s Heavy Metal, or perhaps a graphic novel interpretation of Hieronymus Bosch. Like Bosch, there’s an astonishing density to the art, and an astonishing visual imagination. Parkinson-Morgan drags Allison from one rich new environment to the next, each populated by amazing beings and requiring some processing. Unfortunately this opening volume is standard American graphic novel format, whereas later volumes are published at European album size, providing better opportunity to admire the art. Of course, if that’s what you want, the best format of all is the web comic, with all pages still available as of writing.

Midway through Allison’s tour of strange and dangerous places she finally learns some information she needs. Embedded within her head is one of seven keys belonging to one of seven emperors, each of whom is beyond control and rules 111,111 universes, and that makes her a very desirable piece of property, with no shortage of beings wanting that key. She’s been spurted into a massive, almost incomprehensible learning curve via places she can’t understand, before finally being allocated a mission. That’s when the title starts to have some relevance, but if you’re the type that becomes annoyed at shaggy dog stories without being able to see the wood for the trees, Kill 6 Billion Demons is definitely not the series for you.

Via chapter separating text interludes, Parkinson-Morgan contrasts the frenetic insanity of the story with Buddhist style parables about the value of life. These might have been better presented drawn as flashbacks within the main story, which is crying out for some break from the relentless pace. There’s a reason dramas follow the dance pattern of slow, slow, quick, quick, slow. It’s because some time is needed to process, and Parkinson-Morgan takes an age to provide that time, around eighty pages in. Even in the slower moments there’s so much for the eye to take in via the art it’s no real break. For all that, Kill 6 Billion Demons is a manic and astonishing debut, Jack Kirby on psychotropes, and Wielder of Names continues the impressive madness.