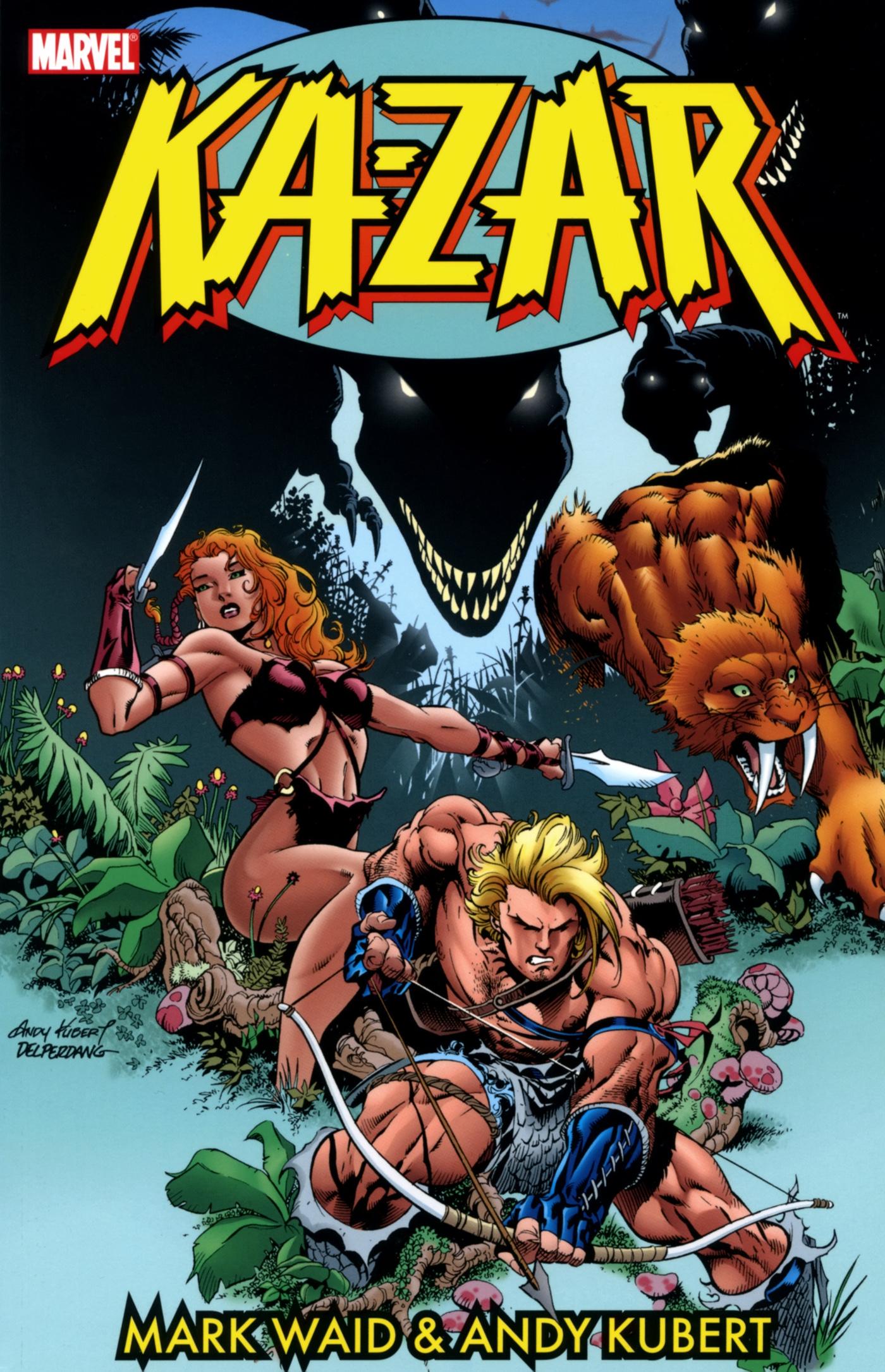 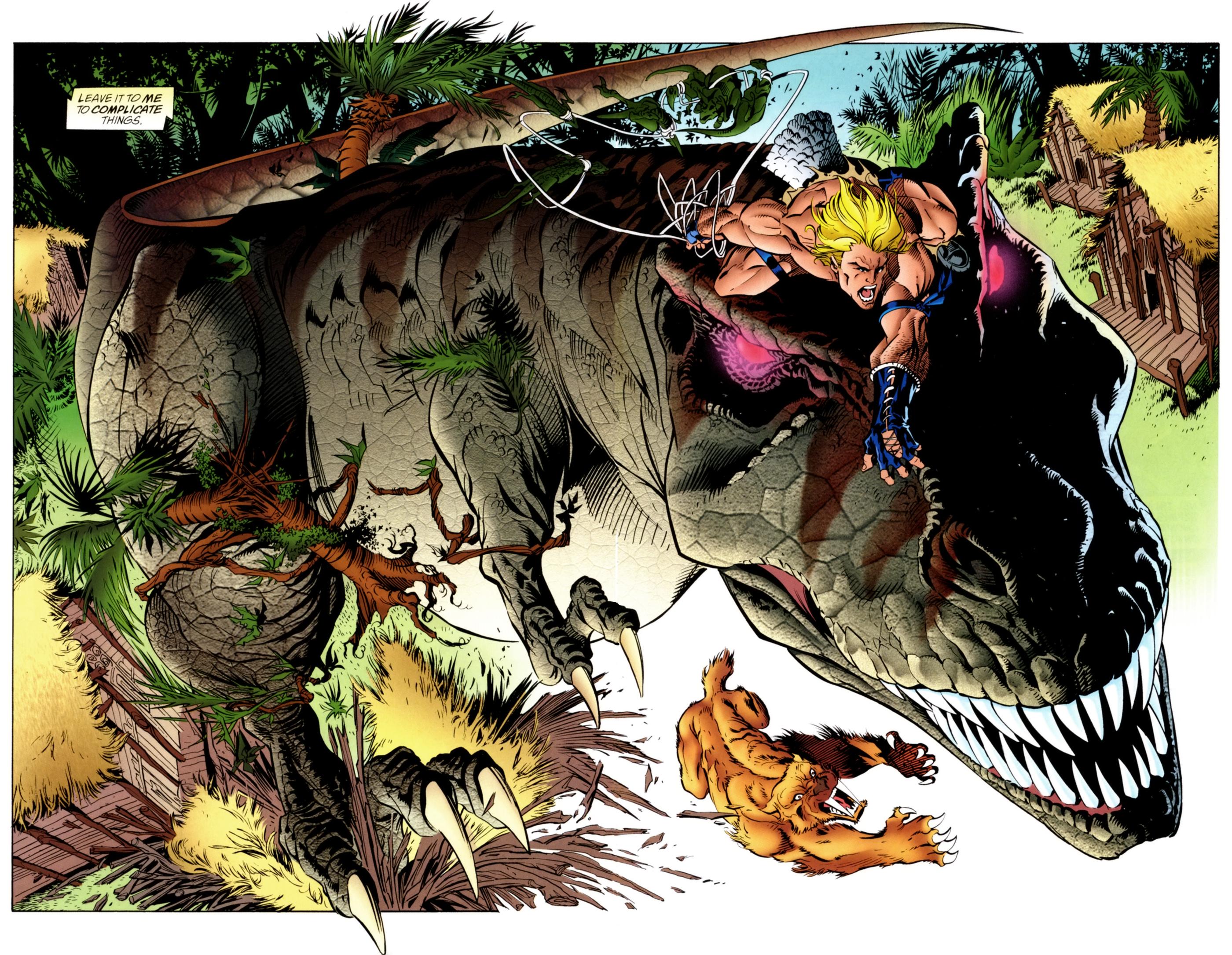 Despite a long history in Marvel comics, dating back to a 1940s prototype, Ka-Zar has never been a creative or commercial success. This two volume series of 1990s work with Mark Waid and Andy Kubert as the guiding lights is the closest article. Waid’s approach successfully fuses Ka-Zar’s heroic sensibilities as lord of the Savage Land, where dinosaurs still roam, with an urbane personality who wears Caterpillar boots, has experience of the wider world, and loves baseball and Howard Stern. The supporting cast features giant sabre-toothed cat Zabu and Shanna the She-Devil, used with no fear of her faintly ridiculous name,

Kubert draws most of the book. When he gets it right there are some superb images, and he’s very good at displaying the grace and athleticism of a hero who’s in effect a gymnast who can fight, but the pin-ups and spreads are where he pours in the heart and soul, and all too often the basic story pages have a cramped look. This isn’t helped by Kubert’s viewpoints being predominantly in close-up, often intense close-up, which can make it difficult to follow his lead from panel to panel, nor by his art being very much in the style of the times. His musclebound figures haven’t aged well. Pino Rinaldi follows Kubert’s style, but is nowhere near the level of artist, and his pages are plain ugly.

The key to most of the plot stretches back to Ka-Zar’s father, the original Lord Plunder, source of the family fortune, but unexplored territory in story terms, and there’s a return for Ka-Zar’s brother. Thankfully he’s shed the stupid Plunderer identity and now operates as a Lex Luthor type technocrat, dealing with some people you’d expect to be matched against Ka-Zar and at least one who it might be assumed would view Ka-Zar fathoms below his level of operations. Providing the emotional counterpoint is a wedge being driven between Ka-Zar and Shanna’s previously happy relationship. It doesn’t convince, the discord being constructed from trivialities that any strong partnership should easily overcome.

There is no resolution here, as events play into volume two, and the final chapter is a book highlight. John Cassaday’s storytelling stands the test of time far better, and if his figures are a little stiff in places, it’s clear work. Waid plots with Todd Dezago and Dezago scripts with Andy Jozefowicz. The result sheds light on the family background that feeds the main plot, detailing how both Plunder brothers spent their teens.

So, successful at the time, and there’s still some spark to the plots, but most of the art has dated.