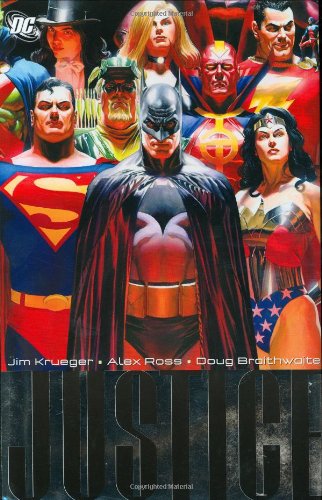 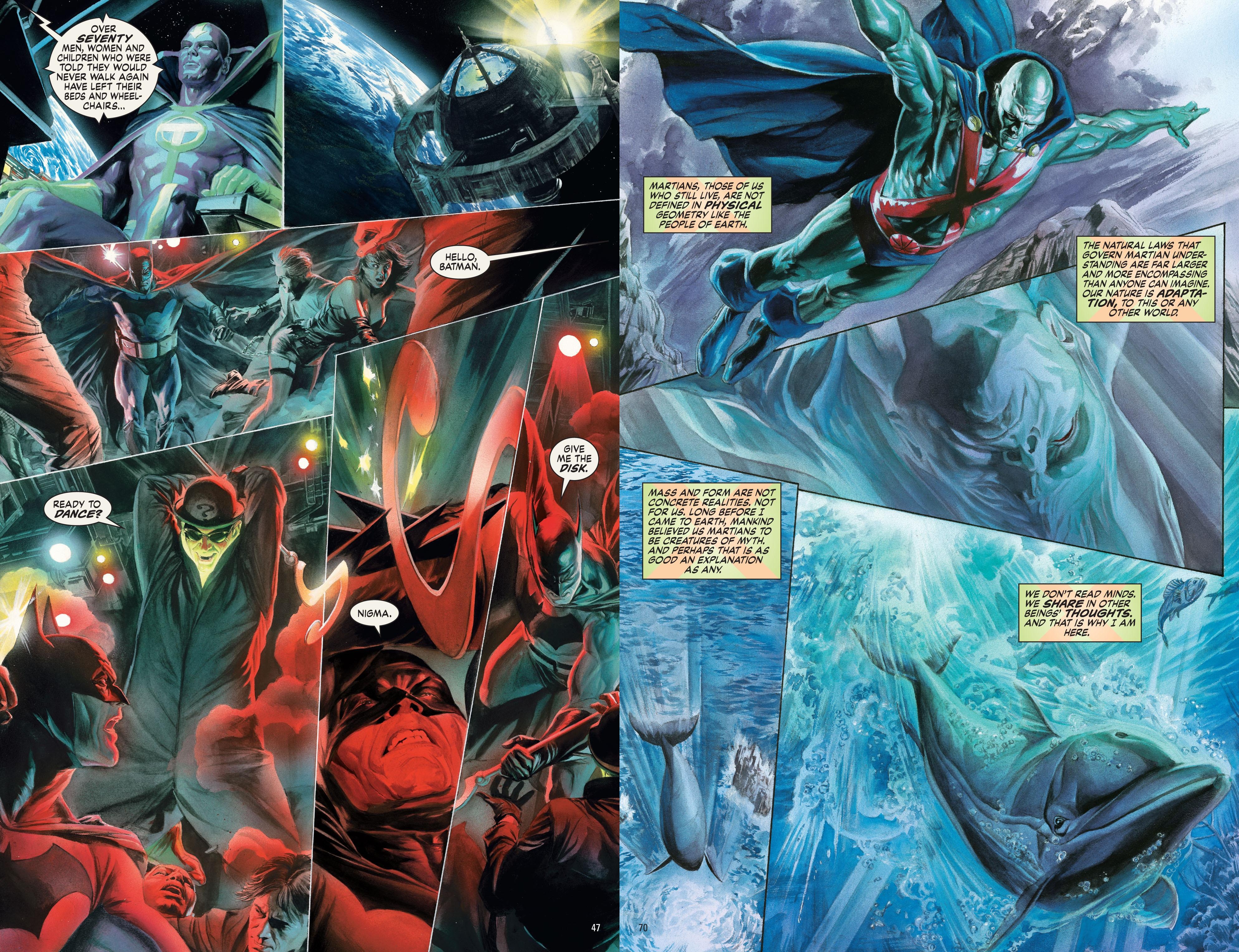 Justice opens with the Justice League facing simultaneous disasters across the globe and unable to deal with them, resulting in humanity being wiped out. Except it’s just a dream. At this point the heart sinks. As a combination Alex Ross and Jim Krueger had a decade of collaborations between them, and this is the best they could come up with when handed the Justice League? It’s trite, but thankfully not entirely representative of what follows, which has a solid concept behind it. Thank goodness the art looks so good.

The dream is one being experienced by several super villains, and it makes them consider matters beyond their immediate gratification, reaching a conclusion that the Justice League have become complacent, and as such won’t be prepared should a global disaster arise. To this end the likes of Captain Cold and Poison Ivy use their abilities to bring ice and plant life to sub-Saharan regions, and the Toyman creates prosthetic limbs. In this way Justice could be seen as a thematic sequel to the oversized graphic novels Ross produced with Paul Dini, in which DC’s heroes failed to solve real world problems (see The World’s Greatest Superheroes). However, while masquerading as reformed, the criminals have discovered the Justice League’s secrets, and eliminating them is also a priority.

Any Alex Ross art is of course welcome, but Justice has the intriguing combination of Doug Braithwaite’s pencils being painted over by Ross to provide the finished art. It’s presumably a form of time saving exercise on Ross’ part, allowing him to produce Justice at a faster rate than his usual projects, and it works magnificently. Braithwaite has an innately strong sense of how to design a page of superhero art, and the result is page upon page of iconic illustrations. Because he’s never been a primary hero at DC, Martin Manhunter’s pages might not resonate as much as others, but in isolation the sample page showcasing his transformation is something to behold.

However, as with other Ross projects, often collaborating with Krueger, to see the art, putting up with the storytelling is necessary. Ross and Krueger aren’t able to filter their plots to the essentials, showing every nut and bolt that could be covered in passing, and so taking a long time to reach the gist of their plot, and that’s a shame. We have reached it by the concluding pages here, and there are several clever elements to it, but so much wondering if we’ll ever get there. The story continues in volume two, or alternatively there’s the entire story in a single large paperback just titled Justice, or for the rich, the oversized hardcover Absolute Justice. 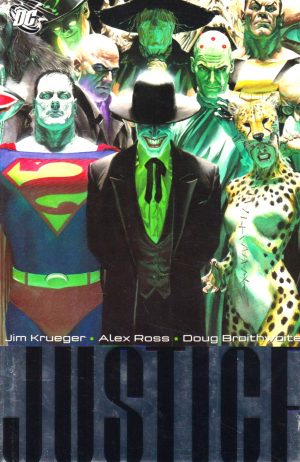 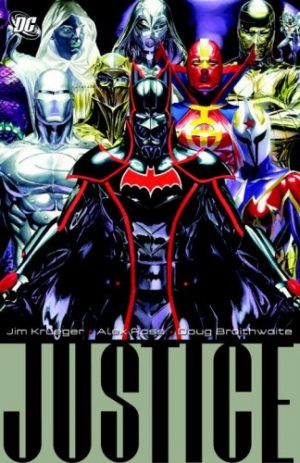 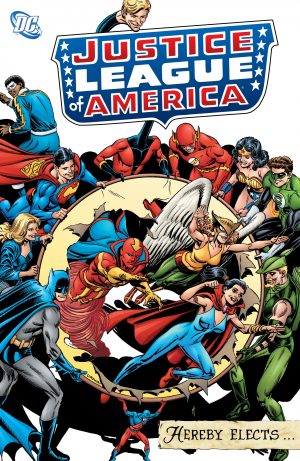 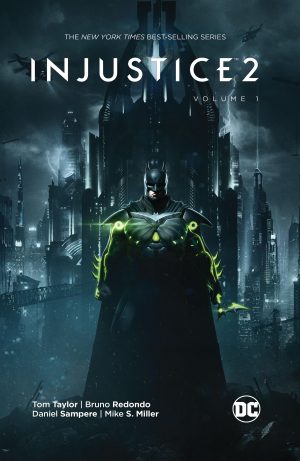