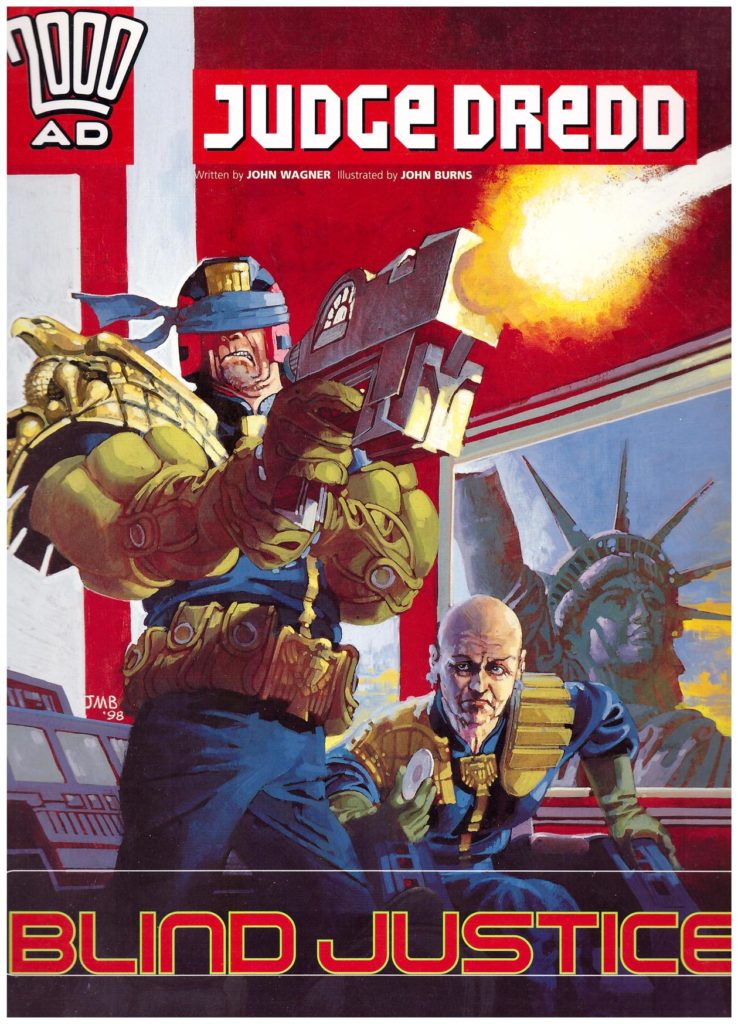 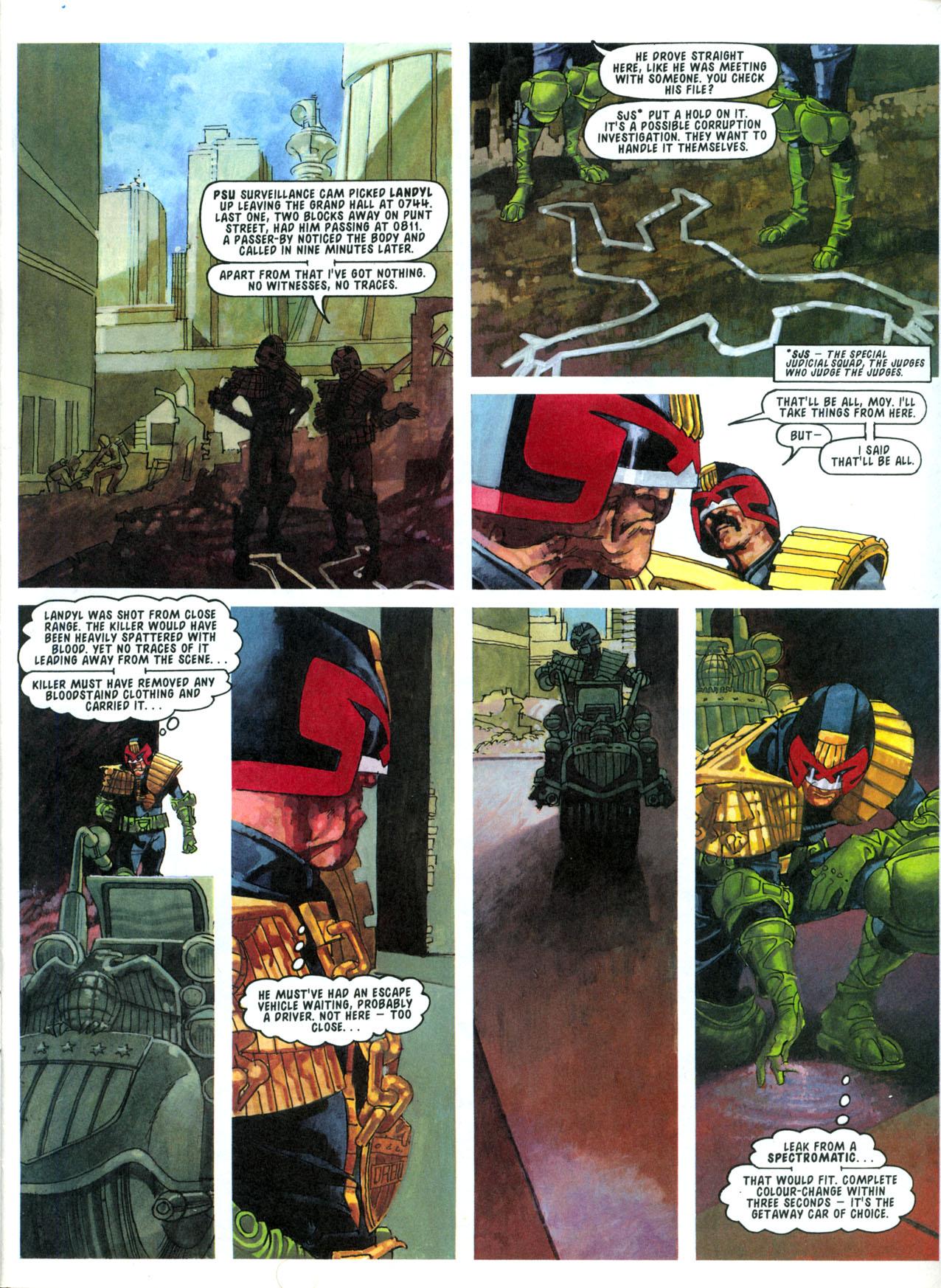 After Titan’s early 1980s collections it’s a rare Judge Dredd graphic novel showcasing the work of a single artist unless they’ve drawn the entirety of a long story. John Burns (sometimes John M. Burns) is a master craftsman worth making an exception for. Despite a career stretching back to the early 1960s on both comics and newspaper strips, he only came on board at 2000AD in the mid-1990s by which time any other opportunity for his brand of graphic realism had disappeared from British comics.

Burns has given interviews saying he’s not keen on science fiction, but that’s only apparent if you’re told, as he avoids the background trappings of Mega-City One if possible. That’s no slight on this selection of virtuoso pages, which are complete and varied. Whether he’s using pen and ink or painting his work it’s refined, and his Dredd is correctly grumpy. All four of the shorter stories in Blind Justice are relatively ordinary, yet Burns’ compact artwork invests them with a greater stature.

After a fairly standard Dredd story to open with, Blind Justice takes off. ‘The Cal Files’ introduces Judge Jura Edgar of the Public Surveillance Unit, concerned with gathering information on citizens and making use of it, and her first concern is a stolen data disk made by deposed mad ruler Judge Cal. It’s a superbly paced thriller, Dredd following one clue to the next to identify a culprit, then sent on a second quest of great personal importance, and Burns’ design for Edgar as an elderly bald woman in a hover chair echoes Dan Dare’s greatest enemy, the Mekon. It’s wonderfully sinister, and not the only time in these stories that Burns references classic British SF, a car straight from Captain Scarlet seen later. Edgar’s view of the needs of justice diverges considerably from Dredd’s, which is less concerned with control, and ‘Sleaze’ begins their enmity. Conversations are had that will eventually see Dredd exiled in The Pit, and the combination of Burns and Edgar would recur in future Dredd stories.

Over half the content is first rate Dredd, and if the remainder is ordinary, it should be pointed out that’s by the standards set by Dredd’s creator and greatest ever writer. They still have neat ideas and Wagner ensures there’s enough visually striking elements for any artist to look good. Burns isn’t any artist and his villain on a robotic horse or tyrannosaurus looks amazing.