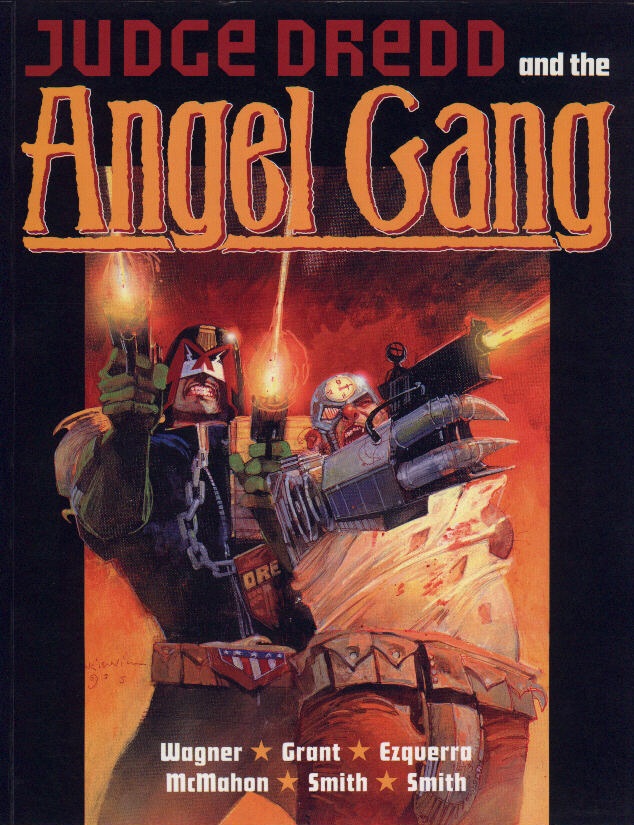 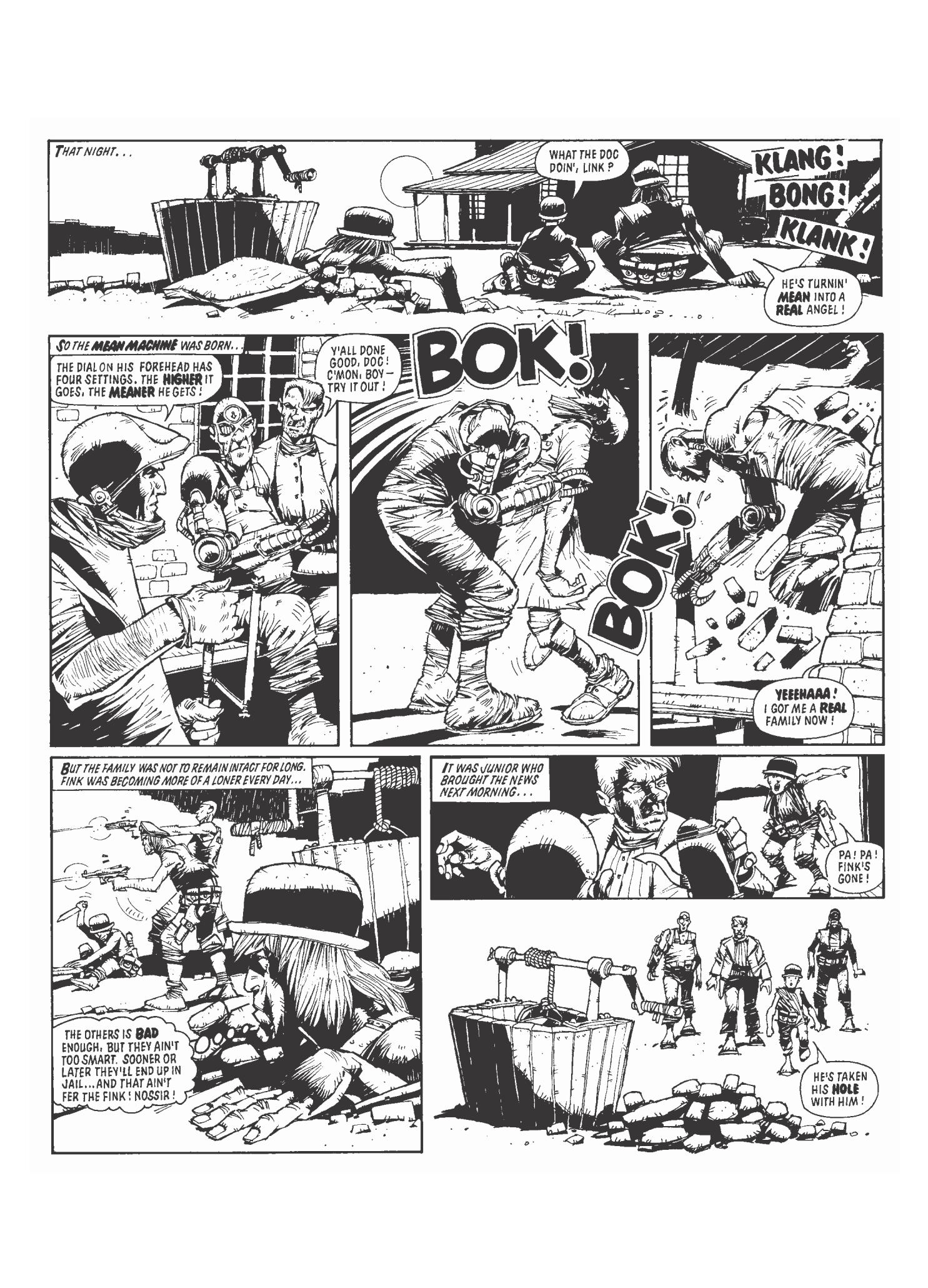 The violent Texas hillbillies of the Angel Family were introduced by John Wagner and Alan Grant during the Judge Child Quest, then summarily executed by Dredd as that story drew to a close. It’s a tale not included here, as the continuity begins with a fifth member of the family, one who didn’t travel off Earth, heading to Mega-City One to take his revenge on Dredd.

Fink Angel is a magnificent creation, a skeletal creature accompanied by a rat in a bowler hat matching his own. As drawn by the incomparable Mike McMahon, Fink’s expertise in skulking around and with poisons makes him a formidable challenge to the judges, and produces what’s by some distance the best story in this collection. There’s a dark mood and perpetuated threat that recalls the best horror movies.

Reader reaction determined that Wagner and Grant were premature in disposing of the brain damaged Mean Machine Angel, the dial embedded in his head determining the level of his psychotic strength. Resurrecting him proved a relatively simple matter in the course of ‘Destiny’s Angels’. That, a few good jokes and the lumpy art of Carlos Ezquerra are the only real highlights of a tale that loses its way and has reverted to going through the motions by the final chapters.

Much the same applies to the following teaming of Dredd with Mean Machine as they head into the Cursed Earth in search of the lost tomb of Liberace, and the treasures within. This is the greater shame as the opening chapters are intriguing and well plotted, with the idea of Liberace’s tomb being the equivalent of that of ancient pharaoh an excellent joke for a start, although one time has now erased. Dredd anticipates the inevitable betrayal, but Wagner and Grant lose interest before the end. Ron Smith’s art is interesting. It’s his usual polished work, but with a greater cartoon emphasis than usual, slightly exaggerating for comic effect.

Definitely egged up for comic effect are two Mean Machine solo tales, set before the Judge Child Saga and so also featuring the rest of the family. Alan Grant plays them strictly for laughs, pointing the way to his later Lobo work also featuring a violent psychotic, and artist Robin Smith (no relation) provides somewhat stiff work. The story of Mean’s marriage betters the earlier tale of his birthday.

The strips have been reprinted elsewhere,some most recently in the better Fink Angel: Legacy,  and with the exception of the inessential Mean Machine shorts they’re best enjoyed with other great material of the era in Judge Dredd: The Complete Case Files 04, 06 and 08. They do stem from a golden era for Dredd after all.