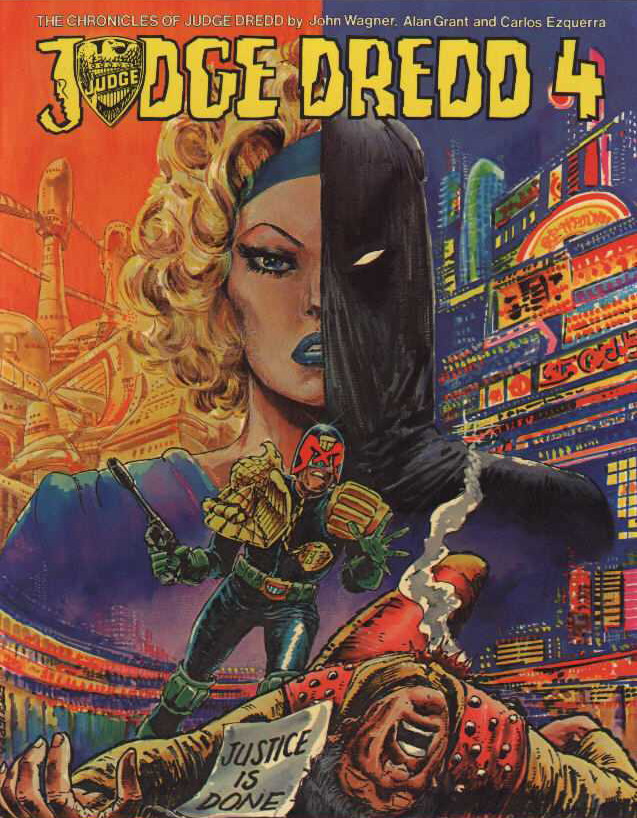 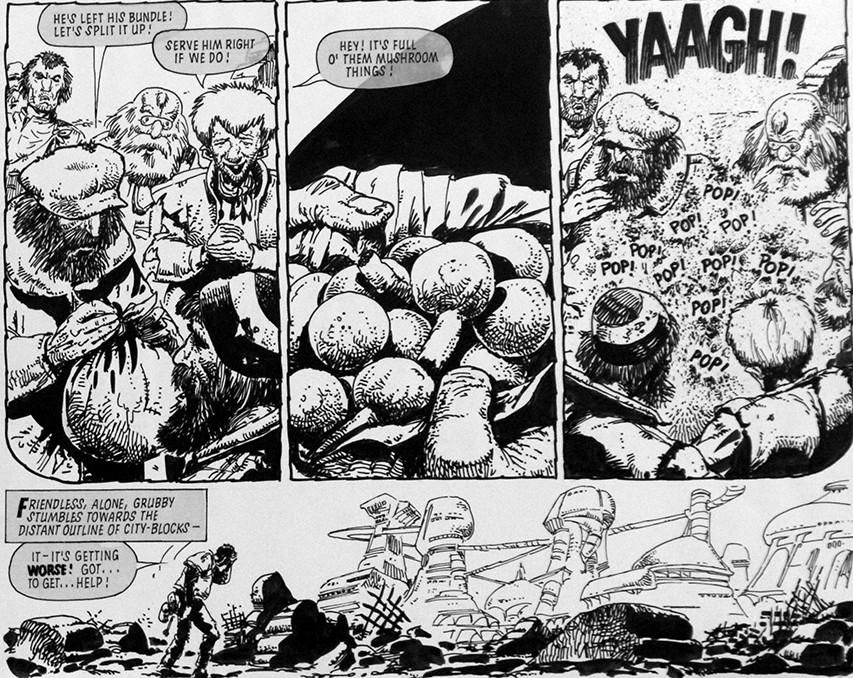 In a strip not printed for many years as it presented a Dredd not quite fine-tuned, Carlos Ezquerra designed both Dredd himself and Mega-City One. The original script he was given called for the setting to be New York in the near future. What Ezquerra delivered was giant bulbous curved skyscrapers intertwined with vast highways and bizarre ground level pods. It was a setting that prompted stories, and went a long way to developing Dredd’s character. In hindsight, then, it’s incomprehensible that Ezquerra only drew two of Dredd’s appearances in the first five years of his existence, and those very early in the run, one recycling a page from the unprinted story.

Ezquerra’s proto-Dredd debut is printed here, and in addition to highlighting his role in the formation of Mega-City One it’s a handy indicator as how much his style had developed in the meantime, primarily drawing Strontium Dog. Once he became a Dredd regular, though, Ezquerra made up for lost time, starting with The Apocalypse War to become the definitive Dredd artist of the late 1980s.

The initial strip apart, all stories here follow The Apocalypse War, and originate from a period where Wagner and Grant’s greater contact with fans had resulted in what was to them a distasteful discovery. All too many readers didn’t realise Dredd’s over the top methods and his appalling society was intended as satire. From that point they ensured that periodic stories displayed just what bastards Dredd and the system he represented could be. One such is ‘Fungus’. In the post apocalyptic irradiated world, many new life-forms flourished. When a bunch of vagrants discover mushrooms that mess with human genetics, the judges have less than an hour to prevent a plague spreading throughout the city.

‘Fungus’ is a run of the mill Dredd strip, as is ‘Meka-City’ where a robot gathers now ownerless droids into a cult, and lures judges into a wrestling arena. The TV style wrestling commentary still raises a smile, and the ending is unpredictable, but the plot is stretched.

‘The Executioner’, though, compensates for the remaining content. A vigilante on the loose wasn’t an original plot for Dredd, but Wagner and Grant’s execution elevates this version. Beyond the first few pages there’s no secret as to the identity of the killer, and the slow trickle revealing their current circumstances and past constructs an immensely sympathetic character. There’s effective use of television commentary to provide background detail, and well-conceived red herrings before Dredd confirms the vigilante’s identity. Even the seemingly inevitable ending is given a poignancy with a well conceived revelation. The story’s lost among Dredd’s canon of excellence, but is an unjustly neglected gem. 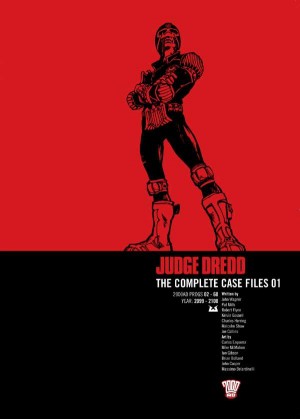 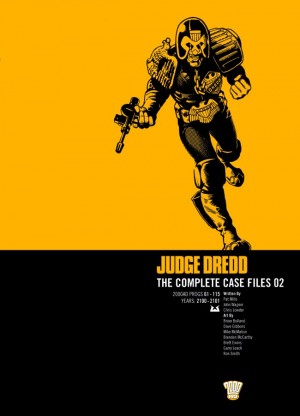 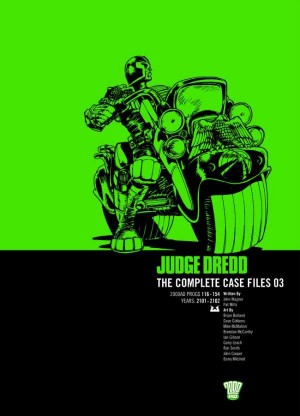