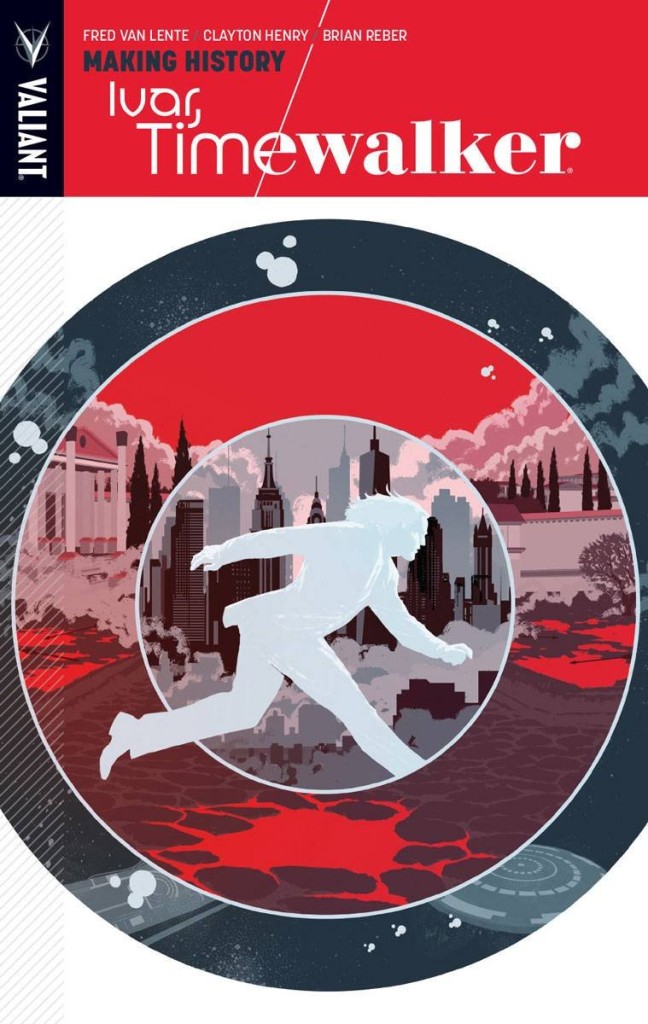 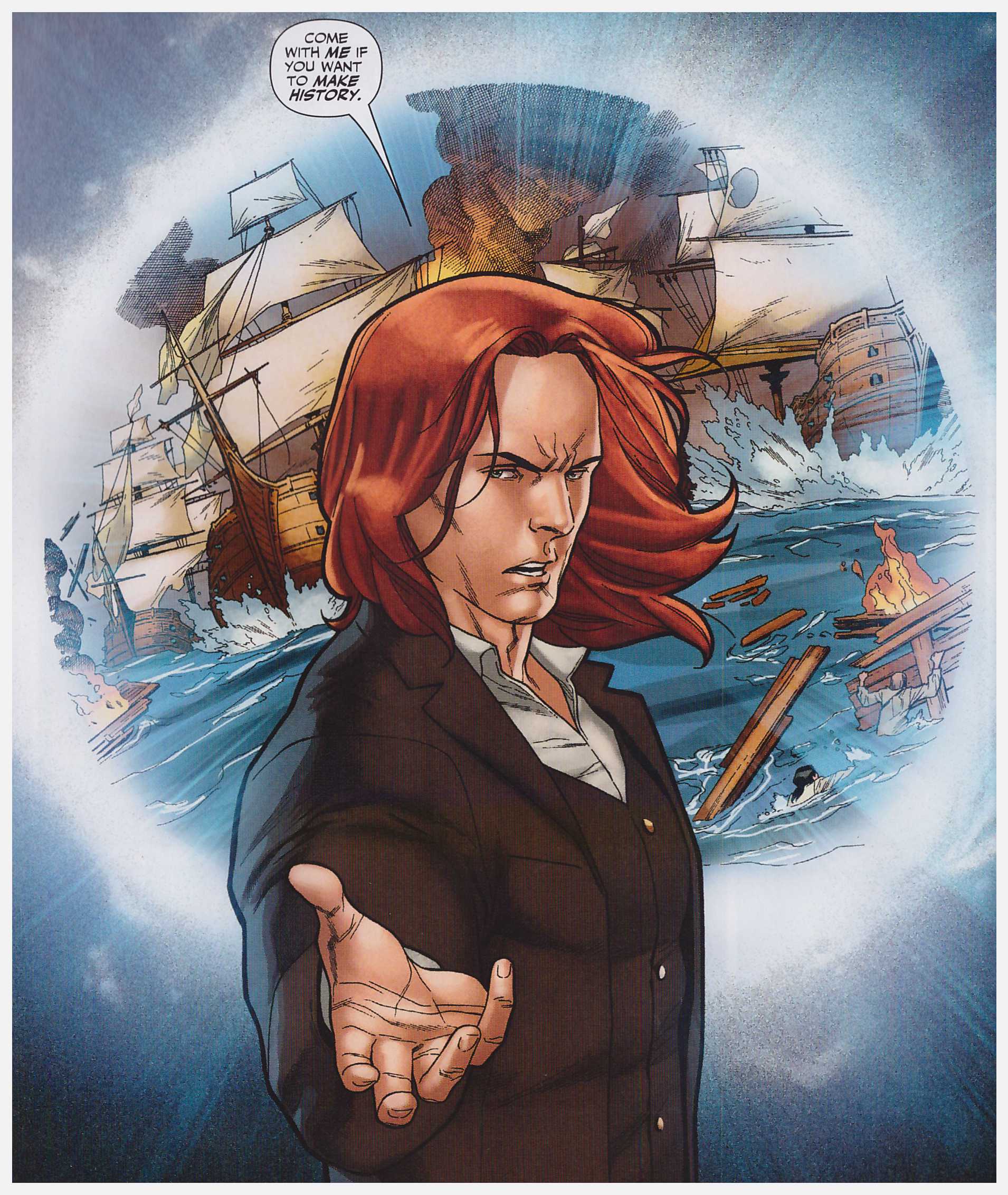 Before beginning work on Ivar, Timewalker, Fred Van Lente appears to have watched a fair bit of Doctor Who, specifically the David Tennant running around a lot incarnation, as much appears transposed here. We have the attractive time-travelling hero spouting technobabble, always moving to avoid a proper explanation or the readership having any time to think, the whimsical personality disguising a profound knowledge and the all too convenient rabbit from a hat devices when required. Here they’re devised by the technology of the future rather than the Timelords of Gallifrey, but the principle is the same.

Whether a deliberate nod or not, Ivar’s companion is herself a doctor, a theoretical physicist in fact, Dr Neela Sethi. We’re introduced to Ivar as he steps into her lab in the present day, needing her to accompany him as her life is endangered due to her imminent invention of time travel. This occurs by flitting through portals that open up for seconds at a time, and knowledge of their location in time and space is essential to avoid being stranded in a particular era. When you’ve been handed that information the exhortation to “Come with me if you want to make history” is a no-brainer.

Van Lente drags us to the battle of Trafalgar, then Nazi Germany, a magnet for time travellers all of whom intend to kill Hitler, apart from the one being who intends to draw a penis on his forehead and capture the image. All the while Ivar and Neela are being tracked by fifth-dimensional beings from further up the time stream known as Prometheans

Yes, this is quite the capricious rush, and hanging over everything from the end of the opening chapter is tension stemming from what we know that Neela doesn’t. She’s rather thrown in at the deep end, as is the readership, but Van Lente keeps the wit, charm and action levels high as she tries to figure everything out. The best chapter is the fourth, providing some answers in unusual circumstances while employing the possibilities of time travel.

Clayton Henry supplies accomplished storytelling, which considering he has to illustrate fifth-dimensional beings and the complexities of rapid jumps through time, requires some thought. He’s also stretched by needing to depict several eras. His figurework is occasionally a little suspect, and it’s unfortunate this tends to manifest at big moments.

The series continues with Breaking History, and both are collected in Ivar, Timewalker: The Deluxe Edition. 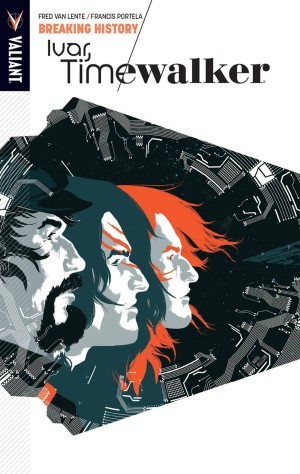 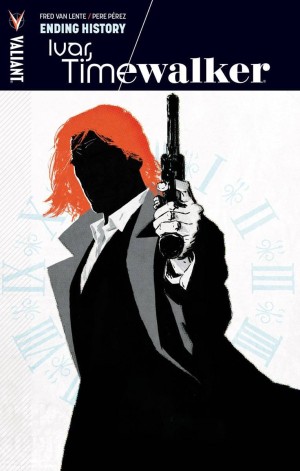