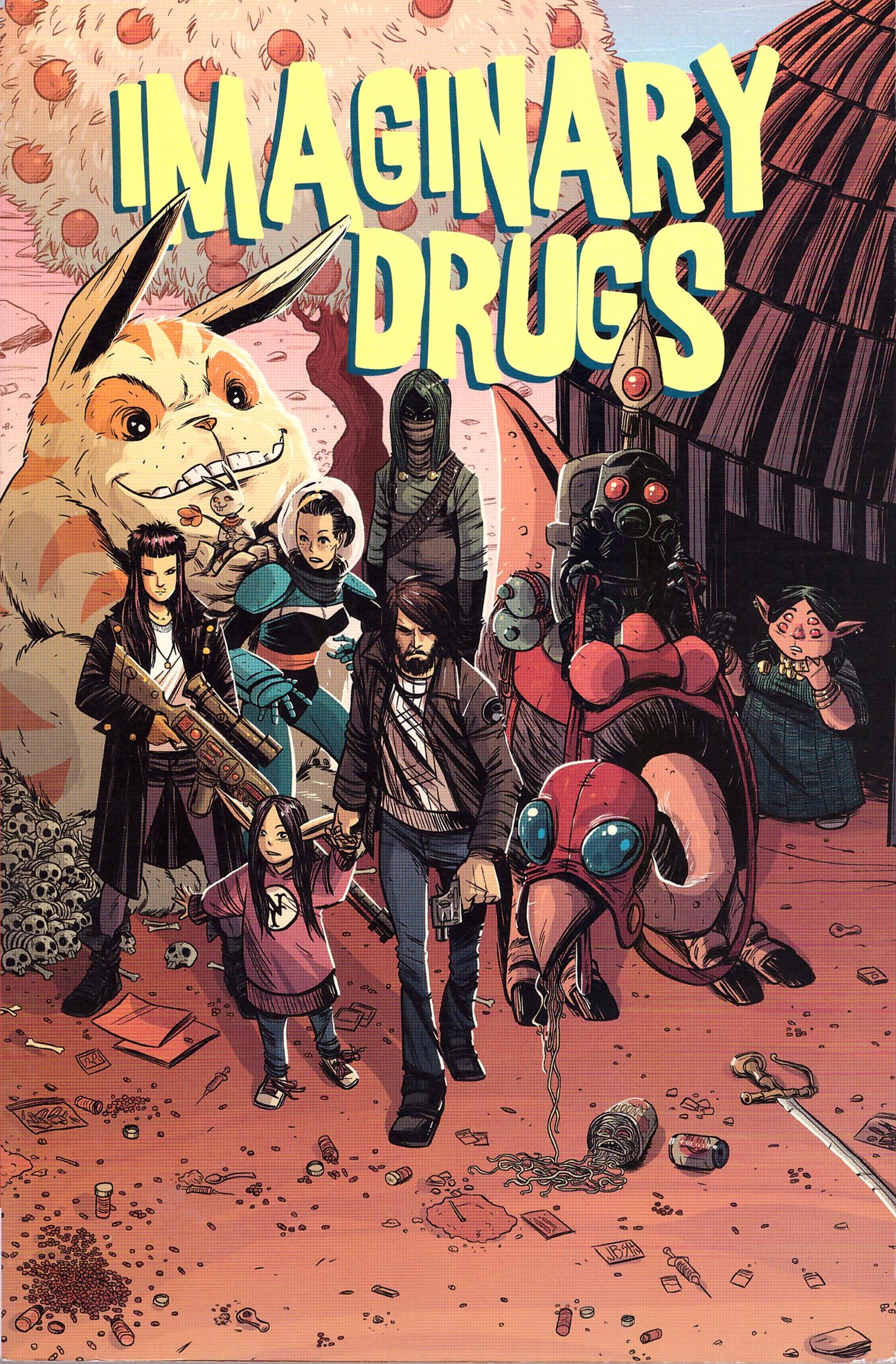 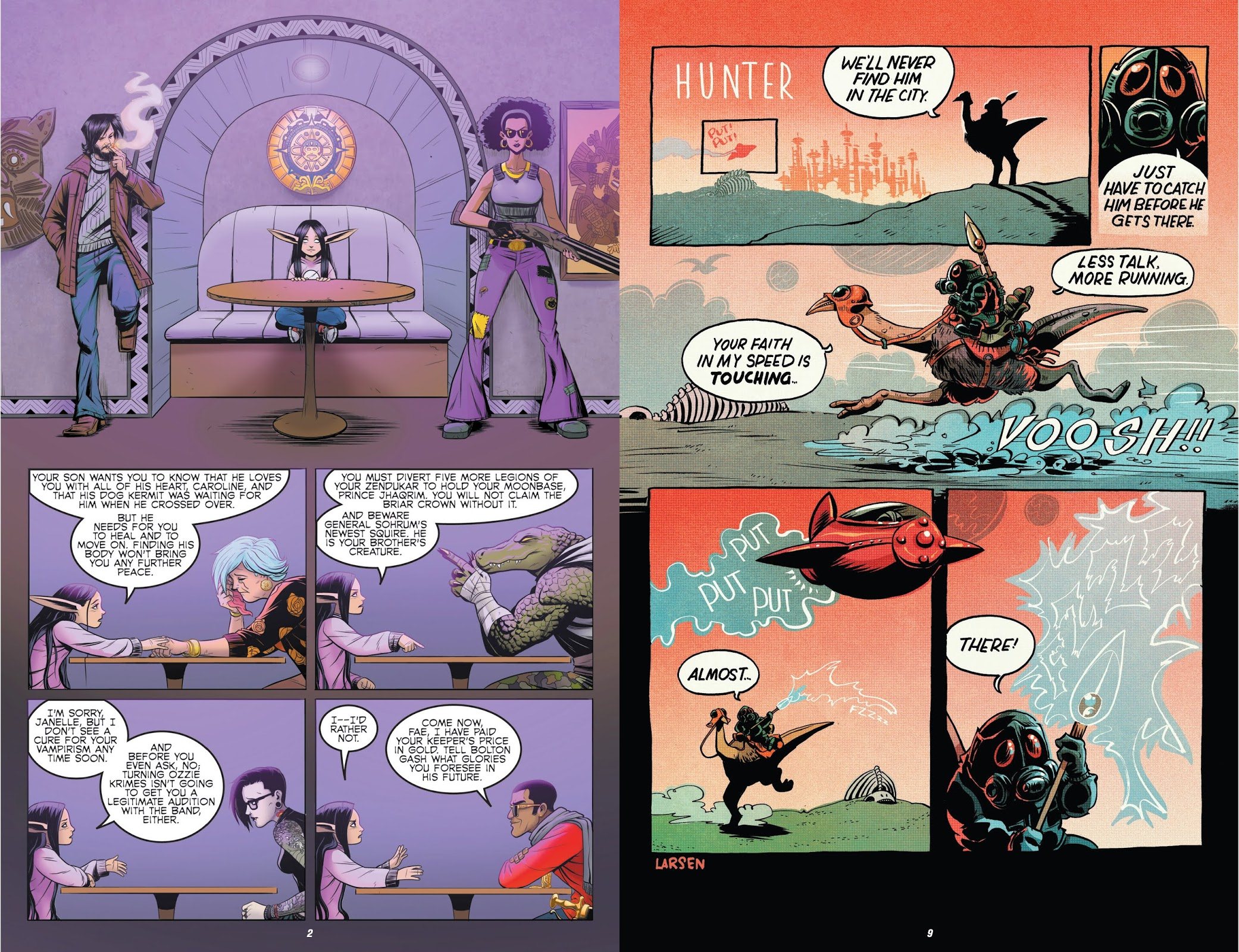 The cover doesn’t give much away, its strange collection of beings perhaps suggesting some team of renegades in the future. In a way that’s the case, despite Imaginary Drugs being a science fiction anthology, as Jonathan Brandon Sawyer illustrates the diverse characters who feature inside, not just those from his contributions. Editors Michael McDermott and Jeff McClelland have selected well and contribute to the variety by writing a fair number of strips, McClelland’s ‘Teddy and the Yeti’ the only feature to appear twice.

It’s strange that since 2015 none of the contributing artists has achieved any greater success, in comics at least. Paul Tucker’s approximations of 1950s art on McClelland’s pastiches are good, one ambitiously laid out like Bernard Krigstein, and Larsen is a standout (sample art right), her cartooning under a number of styles striking, with a sense of colour design paramount. She chooses to be credited under her surname alone, and the only drawback to her imaginative one to three page features, generally wordless, is that they aren’t always clear enough. Sawyer (sample art left) is a notable artist, someone you could easily imagine on a long-term project, and he’s also a decent writer, his story of an actor forced to play his role for real among the best, if owing a nod to Galaxy Quest.

Other artists are more works in progress. The talent is there, but in need of some refinement and practice. Alisio Santos has great instincts for design and colour, Mike McGhee has a fine eye for detail and interesting characters, and JM Ringuet’s imagination stands out, but other aspects of their artwork require attention.

As with the art, not every story works, but with the longest coming in at a dozen pages, Imaginary Drugs has been cleverly titled. Perceptions are constantly and rapidly shifting from one strange vista to the next, the mood altering from hallucinogenic to thrill rush with the occasional dose of sentimentality. As anthologies from newcomers go, this is better than average.