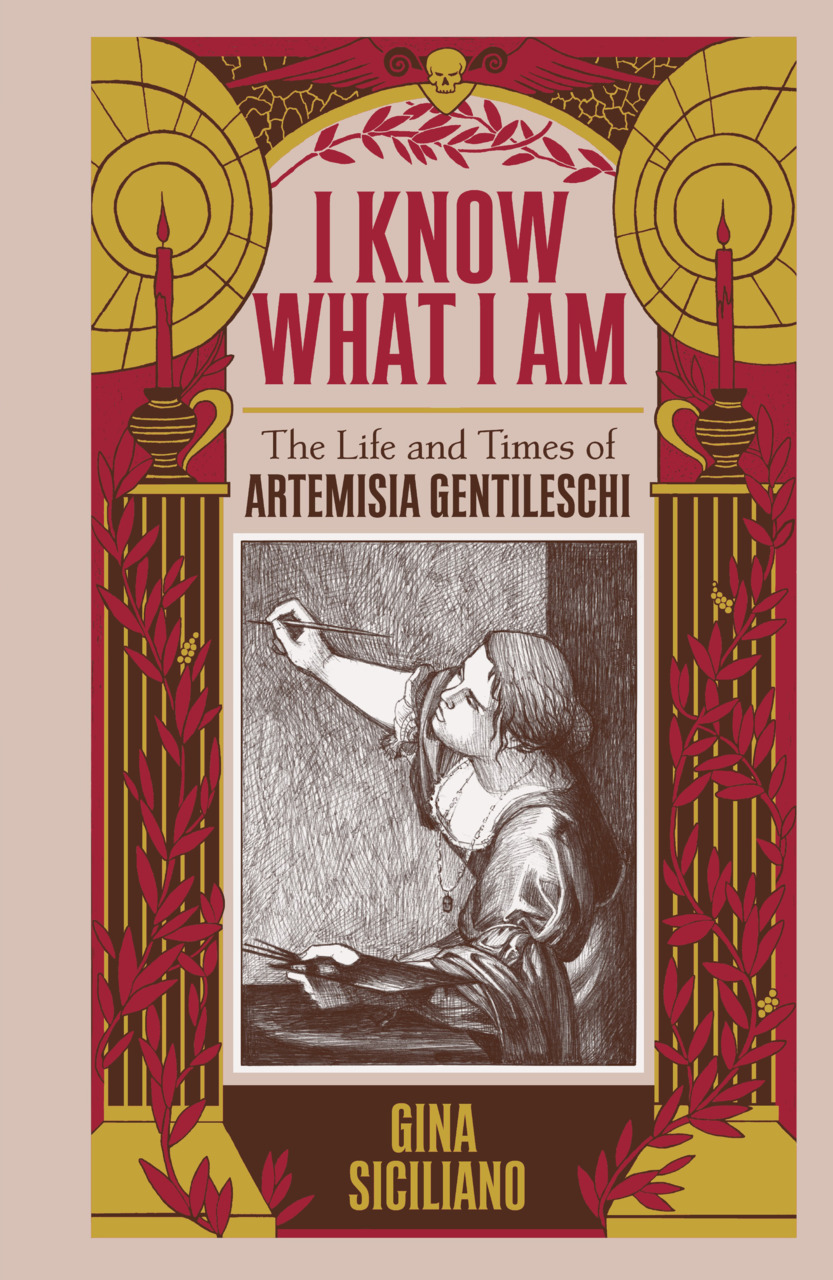 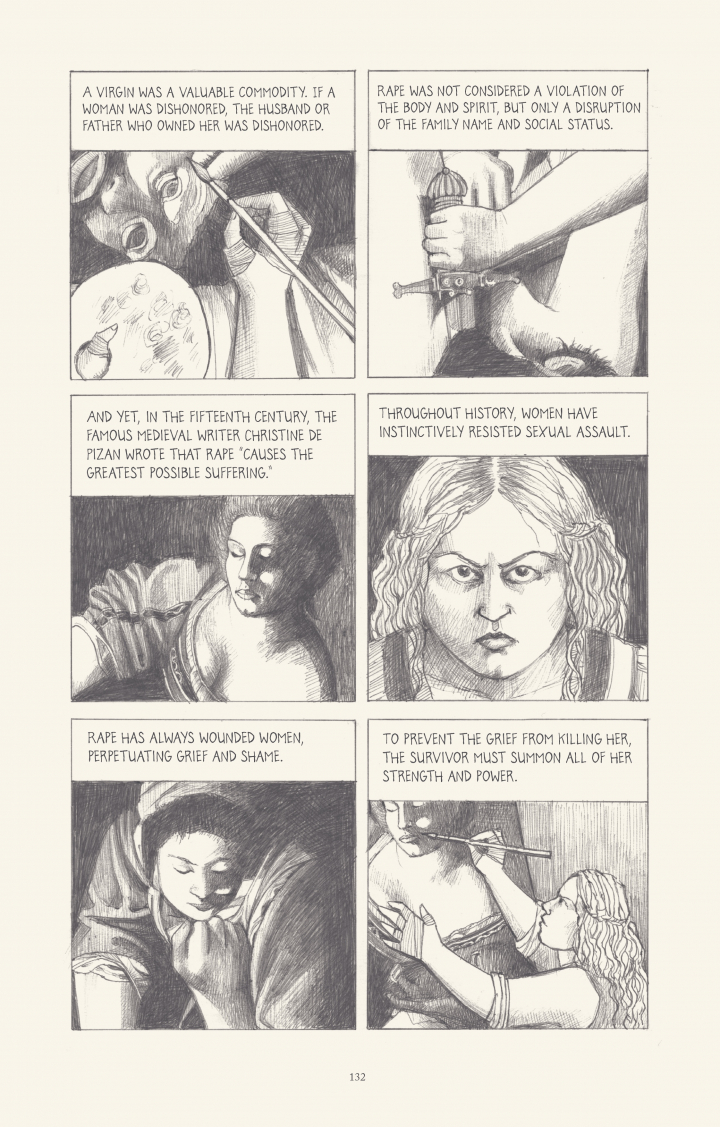 Artemisia Gentileschi is a feminist icon who overcame adversity and became one of the first women to make her name in painting. Working in established classical and biblical subjects, she painted women, and has been the subject of plays, novels, feature films and documentaries, so it’s no surprise that she is now represented by a graphic biography. Indeed a rival volume has already been published in France and successfully crowdfunded for publication in English. Happily, the two volumes take contrasting approaches to their subject.

I Know What I Am, is a labour of love for Gina Siciliano, who recalls in her preface her first sight of Gentileschi’s Judith Beheading Holofernes. She connected emotionally with the painting, understood its enduring relevance, and felt compelled to retell the story.

Most recent graphic biographies of artists have been fictionalised via the creation of scenes, dialogue, etc to dramatise the recorded facts. Siciliano though, stays closer to non-fiction or documentary film, telling the story primarily through narrative captions. She avoids disruptive footnotes in favour of endnotes, and identifies (for those who wish to know) where the dialogue is based on quotes, by the ingeniously simple device of lettering them in lower case. This ensures her book reads less as academic text than compelling story.

As ‘The Life and Times’ subtitle implies, it’s a story that needs to be told in the context of the contemporary artistic and sexual politics. Part One is less about Artemesia, than her painter father, his artistic circle, and their relationships with each other and, significantly, the law. Siciliano’s account of 17th century Italy is convincing and fascinating. The Renaissance is over, and Rome is emerging as ‘cultural epicentre’, with the Papacy also attempting civil control of the city-state. In particular, Siciliano makes the perils for women that shaped Artemesia’s life seem as sadly universal as her channeling of her experiences into her artistic career was unique.

Part Two centres on lengthy court proceedings instigated by Artemisia and her father against another painter. This necessarily contains some disturbing material, which ironically inspires Siciliano’s best artwork. The courtroom scenes, lacking much visual scope, remain surprisingly gripping, flagging only towards the end of their forty pages. Part Three follows the subsequent ups and downs of Artemisia and her career. It’s again packed with fascinating insights such as how the matriarchs of Florence empowered their gender, and charming asides like one woman’s serial escapes from confinement in a nunnery. Artemisia’s paintings are woven well into the narrative, notably her Self-Portrait as the Allegory of Painting, which facilitates a late acknowledgement of her painter father’s support. The theme of career versus family further plays out as Artmesia leaves her family behind to chase opportunities in England. This last phase though, may be have been better omitted, so avoiding untimely contextualisation as the book approaches it’s conclusion.

Behind the eye-catching cover, Siciliano’s art lacks shelf appeal. There are lengthy sequences of talking heads, perhaps unavoidable in the case of the importance court scenes. However these highlight further weaknesses, including limited facial expression and eyes typically too close together. When the subject demands more though, Siciliano rises to the challenge, with some death scenes particular highlights. Her style though is anachronistic, the simplified figures and flattened space evoking medieval art, whereas her pencil mannerisms, lettering and balloons are jarringly modern. Ink rendering might have evoked period engravings. Once absorbed in the story, though, few readers will be distracted by the visuals.

I Know What I Am is an important feminist story that’s equally fascinating to anyone interested in art, history, and society. 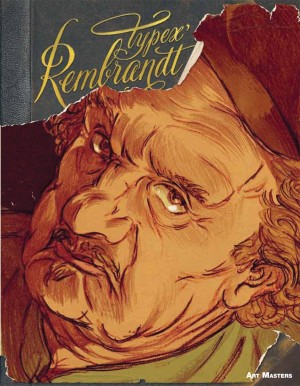 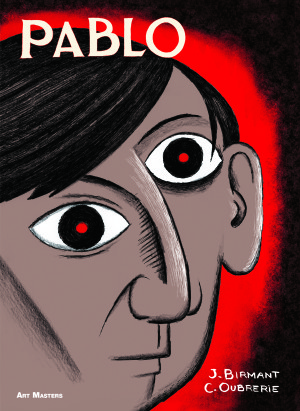 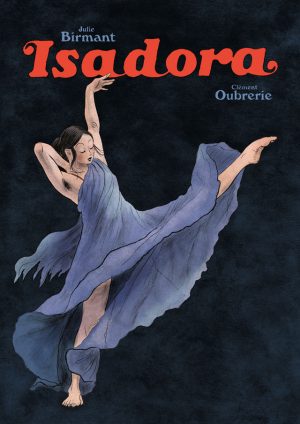