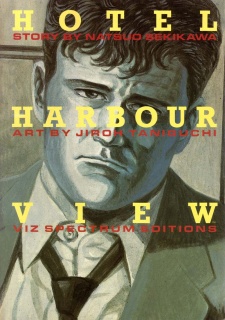 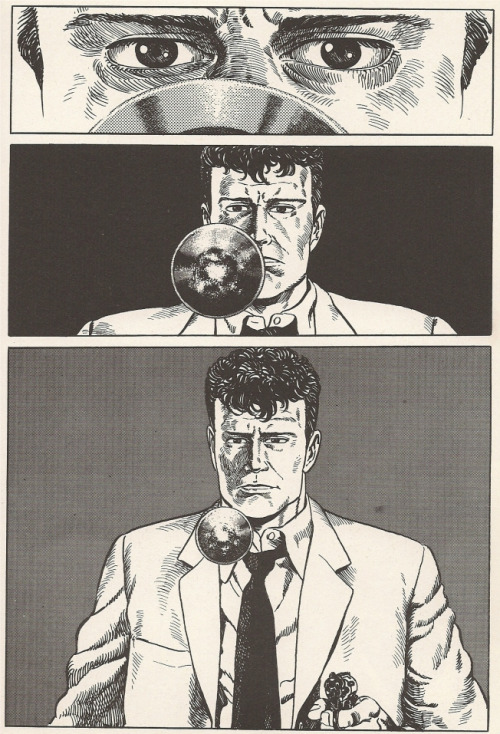 When originally published Hotel Harbour View was among the first flush of Japanese comics re-jigged for the English language market, and certainly among the earliest to be presented as a graphic novel rather than individual comics. It was a brave move in 1990, at which point most translated Japanese work slotted squarely into either science fiction or warrior categories. What the readers of those made of this measured introspection on the meaning of death is anyone’s guess.

On one level the English publication is obvious. The art of Jiroh Taniguchi (now more commonly credited as Jiro Taniguchi) is as psuedo-realistic as Japanese comics get, with no sidetracks into whimsical cartooning to distract. His black and white Hong Kong cityscapes are almost obsessively photo-real, and the draughtsmanship stunning. There’s also a decidedly Western style to his storytelling, perhaps a homage to the origins of noir cinema, a genre the stories successfully ape.

The book combines two short, linked novellas, the first of which donates the title. A man spends his days slumped in what was once a grand hotel bar in Hong Kong, the implicit connection between them only apparent at the finale. Both the barman and the woman he hires to photograph and use for sex are aware he’s waiting for someone to kill him, and the circumstances of his existence appear to be a method of mythologising his own death.

The assassin from ‘Hotel Harbour View’ is then seen in Paris. She has another contract, this time on someone she’d known nine years previously, yet when she passes him in connection with preparing her job he fails to recognise her, a lapse she finds profoundly disturbing. In both cases the manner in which Japanese comics stretch a single moment beyond its real life existence provides an extremely powerful storytelling device as the characters are confronted by the reality of the situation their obsessions have provoked.

Natsuo Sekikawa’s bleak and sparse stories are adult in the best sense of the term. Yes, there’s sexual content and violent content, but it’s the emotional and intellectual content that lingers long after the book is closed. A masterpiece.

Sekikawa and Taniguchi would later work together on The Times of Botchan, an equally cerebral collaboration. 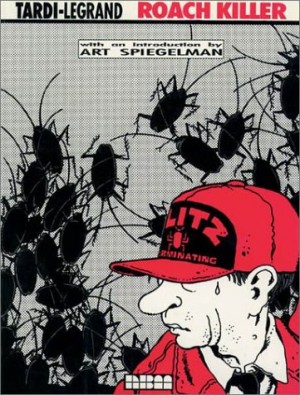