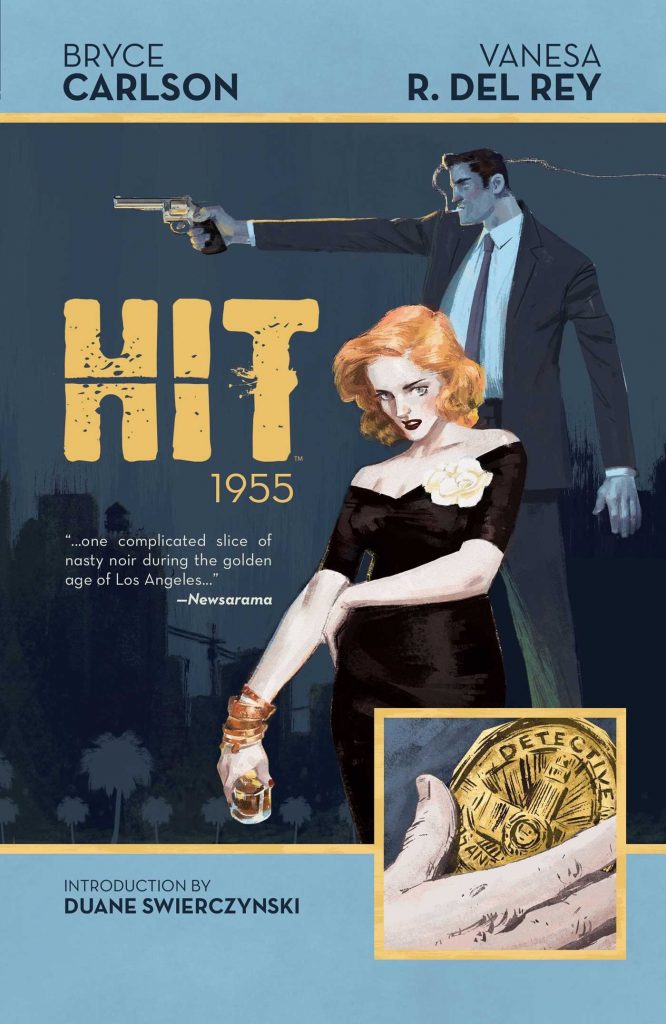 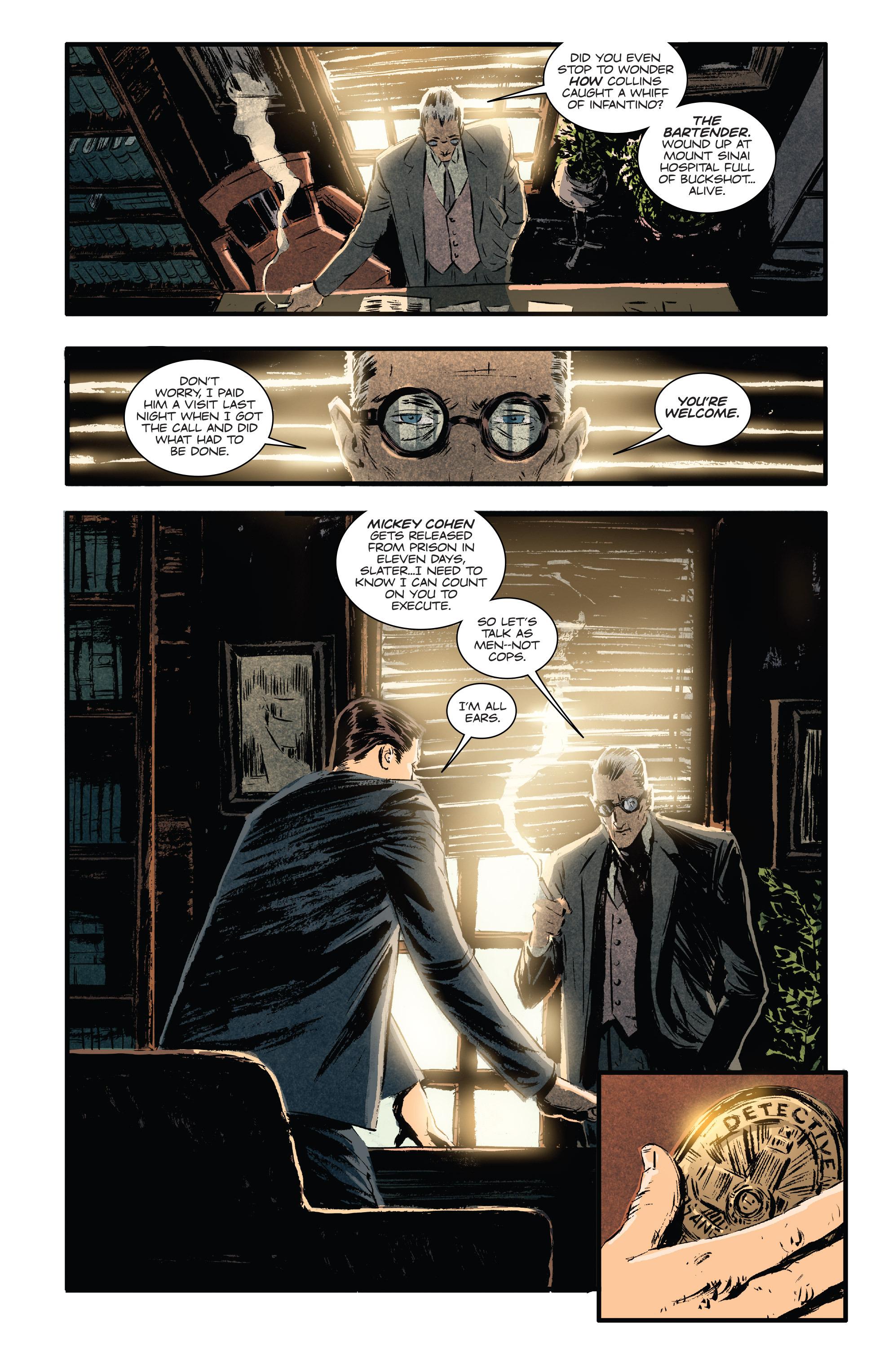 Bryce Carlson hooks from the start by introducing the great concept of a hit squad within the 1950s LAPD. Detective Harvey Slater is a member of both, and when a crook the police know is guilty bribes or intimidates their way out of court, Slater and a crew are often there waiting shortly afterwards. So, he considers himself a man doing the right thing, but do we? That’s the opening ethical dilemma, but as long as he has the backing of his chief, most things will hang right for Slater. By the end of the first chapter Carlson has pulled Slater’s life utterly to pieces. It’s masterfully done via a compelling series of classic crime noir first person captions.

Before we get too carried away with the plot, it must be noted that perhaps the most amazing thing about Hit: 1955 is that it’s Vanesa R. Del Ray’s first comic work. This is astounding. With the ease of self-publishing in print or digitally, and the variety of small publishers, that someone this good should sail right under the radar should be impossible. She not only nails the substance of Los Angeles in 1955, giving us the cars, the architecture and the fashions, but has a noteworthy method of laying out a story in a comfortable loose style, and ensures we can distinguish the cast in their suits by giving most some distinctive visual element. Carlson tours the story around various Los Angeles locations, and Del Ray brings them all to life whether you know them or not. There’s a prevailing opinion of Los Angeles being somewhat architecturally bland due to its rapid growth, but from the Broadway Bridge to Terminal Island the individual sights are paraded before us.

Carlson’s playing with crime genre standbys, but gives them an interesting twist. The person down on their luck who needs one more job to disappear, for instance, is also the book’s femme fatale and the Captain’s daughter. In addition to his out of hours vigilante activity Slater has a day job to contend with, and this focus on this is sharpened when several of his colleagues join the city’s considerable corpse count. When revealed, Carson’s reasoning for this is excellent, and turns Hit: 1955 on its head. The story stands alone, but Carson provides a complementary text piece afterwards, letting us know exactly what happened elsewhere when Slater was fighting for his life in the final chapter. It’s a nice touch.

Mark Waid’s is one of several ringing endorsements included before the story starts, and he knows a thing or two about putting together a compelling drama. Take him at his word. Anyone who enjoys an atmospheric crime novel will love this. And some of the cast return in Hit: 1957.

In addition to the text story, the bonus content offers a lot of interesting process material. There are cover roughs, script to art, character designs from Carlson’s descriptions and more, adding a touch of class to what’s already a desirable package. 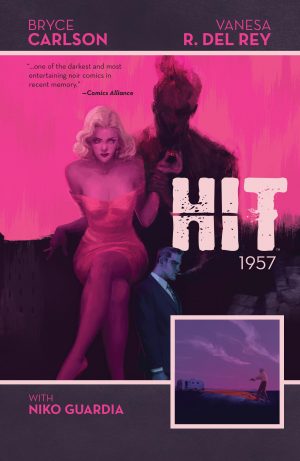