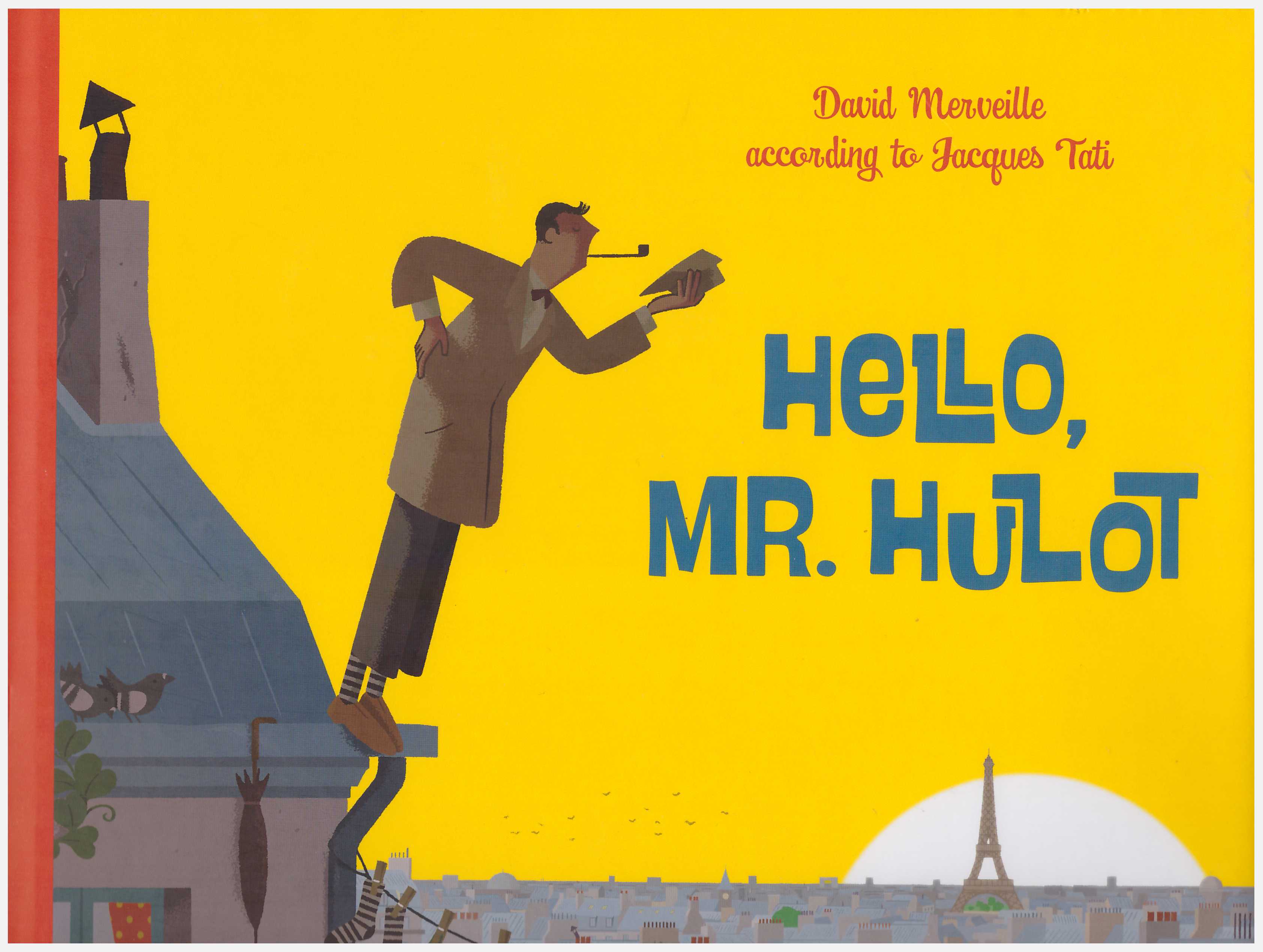 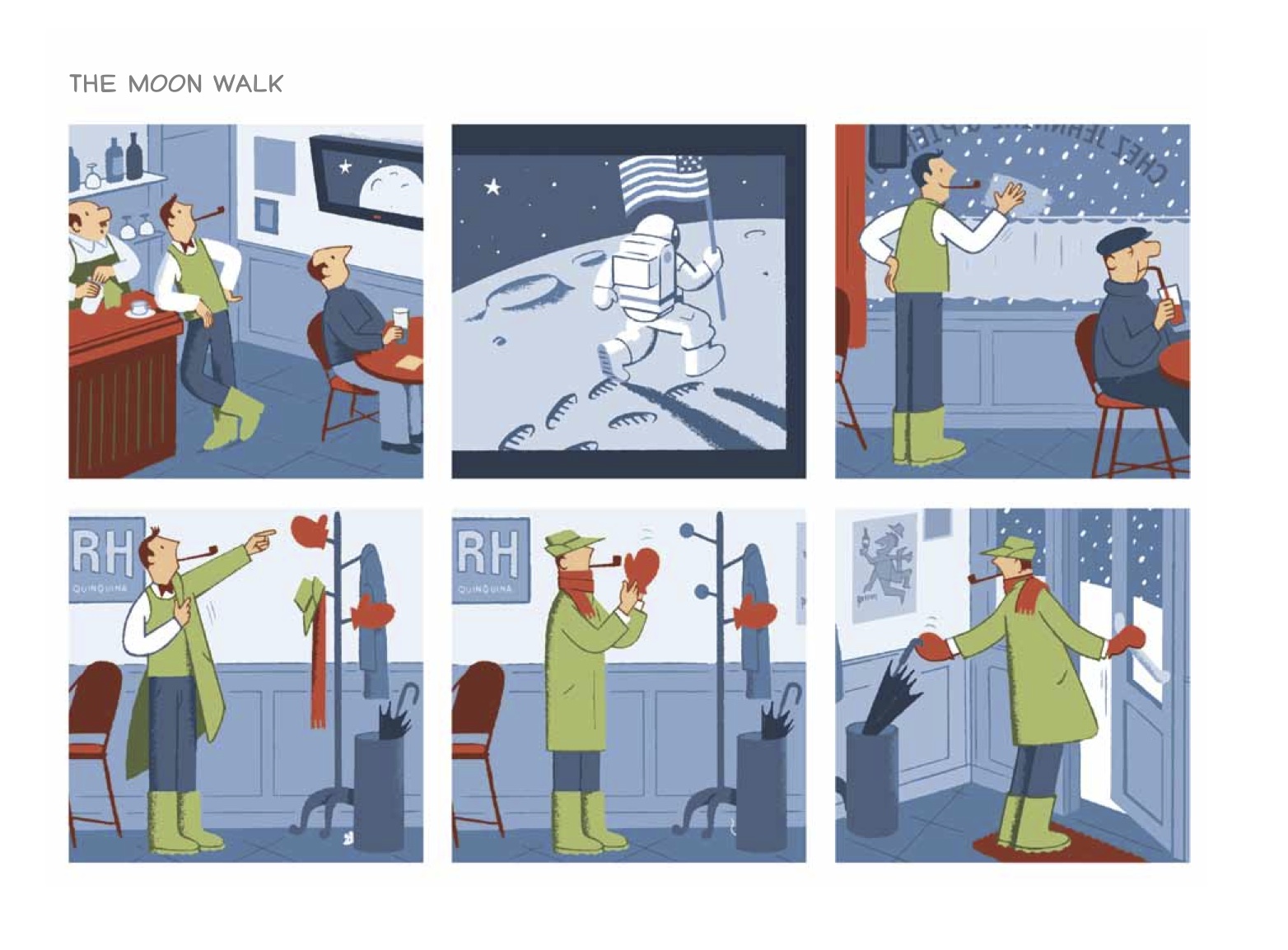 Monsieur Hulot was a character created by French comedian Jacques Tati for a series of films between 1953 and 1971, and the 2011 film The Illusionist was based on a Tati script and featured an animated version of Hulot.

Hulot was awkward and gangly, characteristics accentuated by his accessories, a pipe, a hat and an umbrella, permitting deft physical comedy. He was a man at odds with technology, infinitely curious and genially inventive in overcoming his subsequent difficulties.

When opening the book, the first thought is surprise that no-one has previously considered a Monsieur Hulot comic strip. His distinctive physical appearance is ideal material, and, in France at least, he maintains the status of national comic treasure in a nation where graphic novels have been socially acceptable for decades. In his landscape format book Belgian illustrator David Merveille delivers a stunning transfer of medium.

Merveille’s illustration is fantastic, thoroughly modern in design, yet instantly harkening back to the era of Tati’s silent films. In keeping with them Merveille constructs wordless strips. The plain flat colour varies in tone, sometimes muted, sometimes vivid, but always stunningly applied, and the strips match the mood of the films, sometimes slapstick and hilarious, other times inordinately touching. An example of the latter is ‘Valentine’s Day’ with five panels of Hulot saluting loving couples in a restaurant before unfurling his umbrella on the way out. The following page is a full page of illustration of Hulot seen walking down a dark rainy street illuminated by a solitary lamp that casts a vast shadow of him offering flowers to the model on an advertising poster.

The format of a six panel set up leading to a detailed full page illustration as the page is turned is used throughout this landscape presentation, and it’s hard to imagine anyone who’ll remain oblivious to the charms of this magnificent book whether or not they’re familiar with Tati. 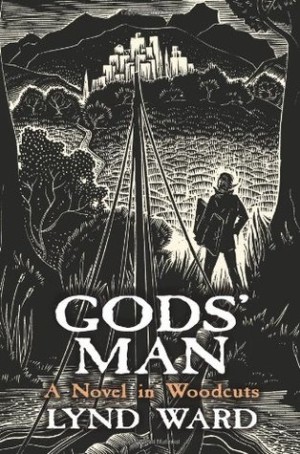 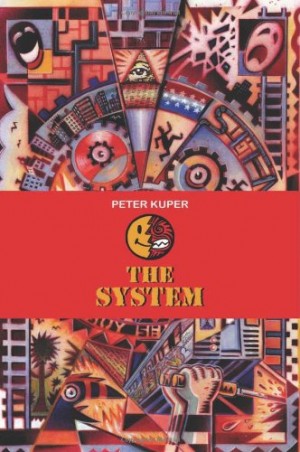