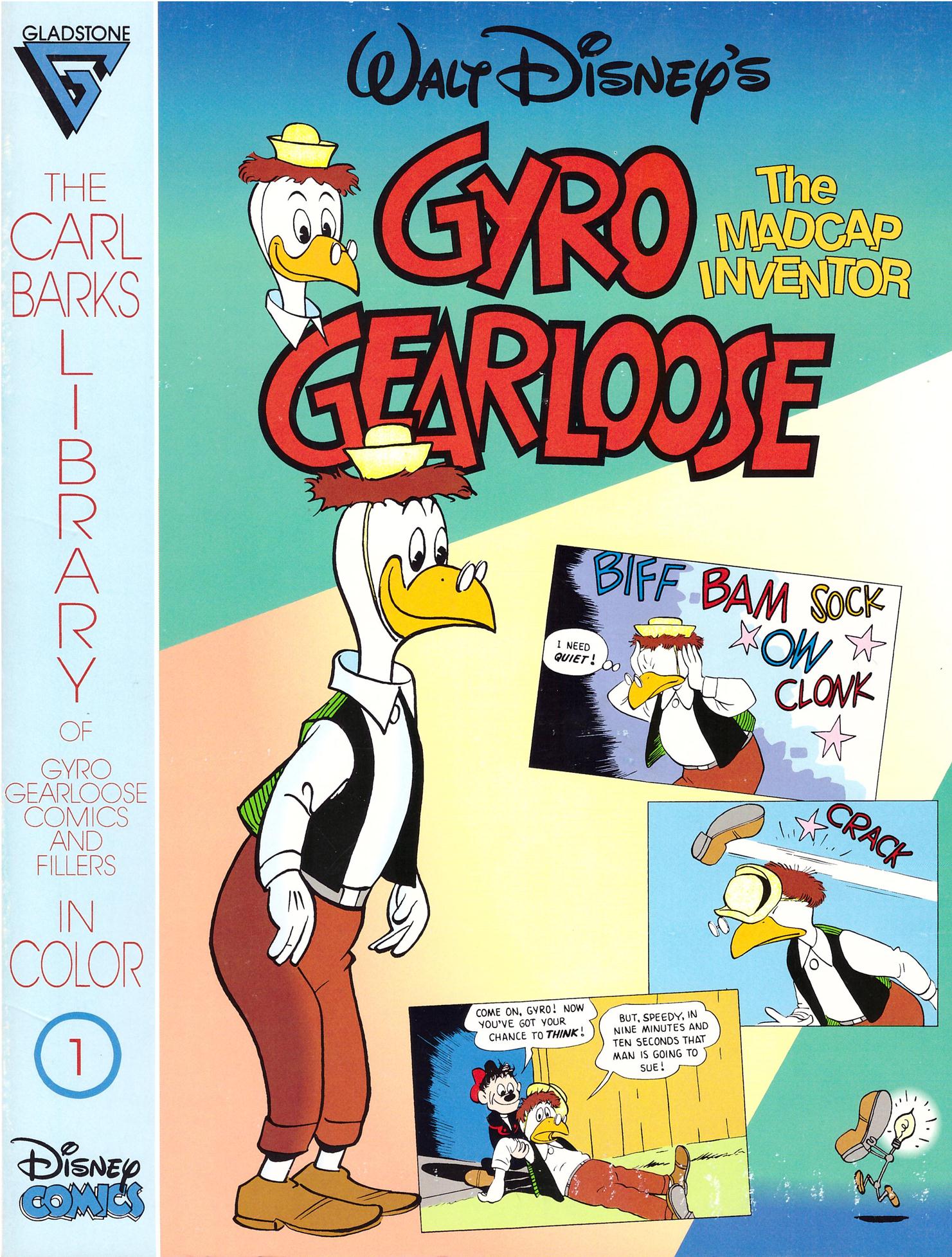 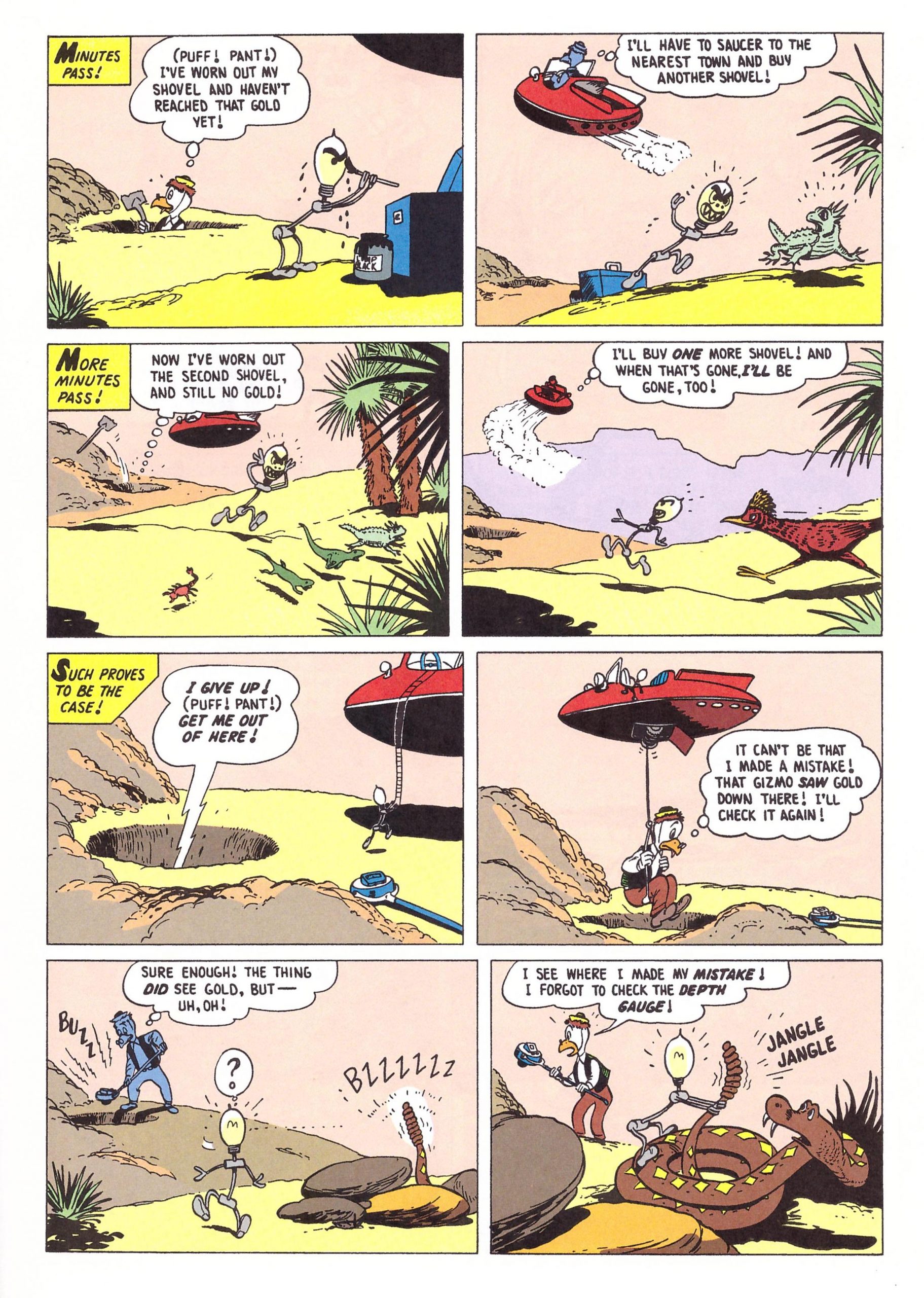 Carl Barks introduced Gyro Gearloose in 1952 (see Walt Disney’s Comics and Stories by Carl Barks Vol. 21), and rapidly cottoned to the possibilities of a scatty genius able to solve almost any scientific problem with an impossible contraption. Gyro features regularly in the ten pagers Barks contributed to Walt Disney’s Comics and Stories and in the days when second class subscription postage only applied to comics with two distinct features, Gyro strips appeared as back-ups to Uncle Scrooge from 1956.

For a man whose love of nature is so apparent in his duck stories, Barks was readily able to switch his mind to concentrate on the possibilities of science, imaginatively coming up with devices both practical and amusing. Why has no-one in the real world devised a formula for growing fur on cold door knobs? A succession of four page comedies founded on nutty inventions was a viable enough formula, but Barks lifts the stories beyond that via philosophical interventions, such as Gyro learning that it’s perhaps best not to know the future if it involves devising forensically precise questions. Even better is Barks often running two stories concurrently, Gyro’s lightbulb-headed helper occupied with silent troubles as Gyro himself ponders on the problems his inventions cause. That’s where Barks frequently makes a point about there being problems technology can’t solve, or those better left alone, such as when Gyro heads for Grandma Duck’s place to rest, but can’t stop himself inventing devices to make farming more efficient. Equally, perhaps what makes the joy of the picnic has to be taken in conjunction with the things than can ruin it.

Barks is stretching his imagination from the start, but by the end he’s beginning stories by setting Gyro problems to which there is no obvious solution, such as a commission for a building design featuring no metal, stone or wood. It stretches the writer as well. While investigating scientific possibility, these stories aren’t based on hard science, Barks making up the properties of equally made up substances to fit his purposes, and another joy is how Gyro’s inventions concern everyday problems. The howling neighbourhood cat is just as much a 21st century nuisance as it was in 1956, that story also illustrating how Gyro’s so concerned with the scientific solution that the obvious one eludes him. It all makes for a timeless read, and under-rated.

All of this content is now more easily found in Uncle Scrooge: The Mines of King Solomon, along with the opening stories from Gyro Gearloose: The Madcap Inventor 2.