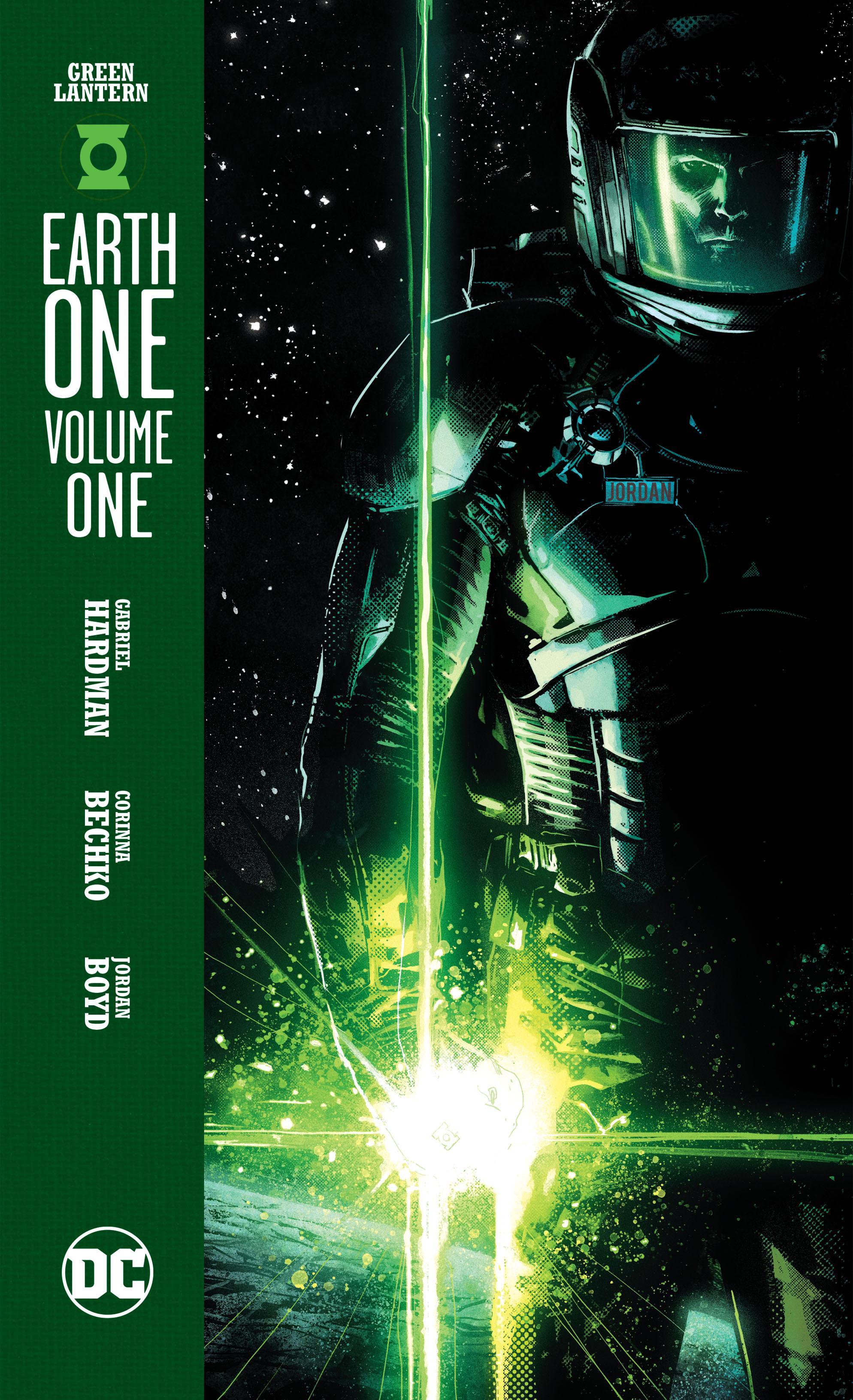 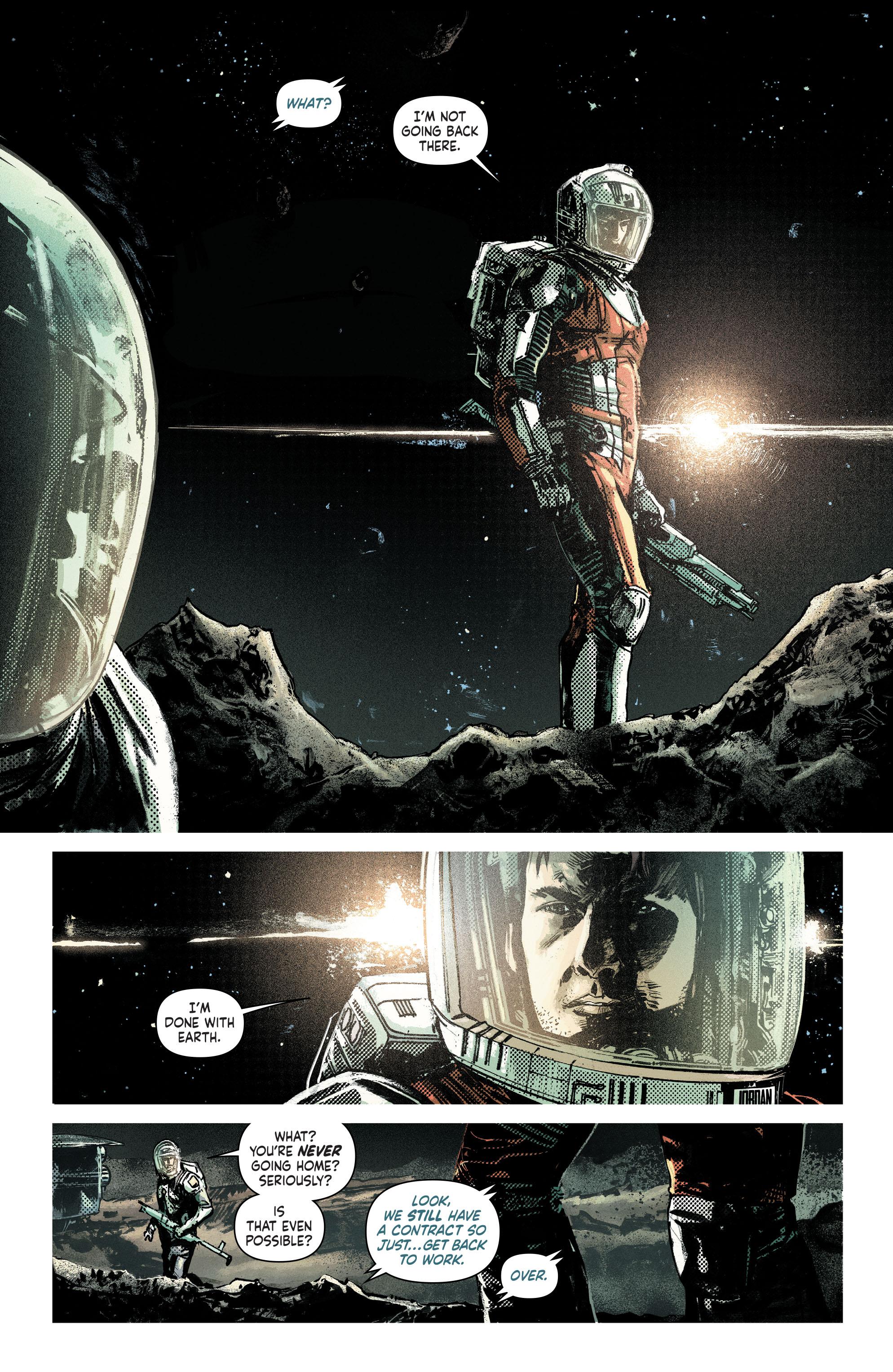 As a line, Earth One stories have introduced alternate Earth versions of key DC heroes, freed from continuity and in theory reinvigorated by that freedom. Also as a line, they’ve not been an astounding bunch of stories, with even the successes rapidly dropping off when continued. Let’s hope that’s not the fate for Green Lantern, as this Earth One reconstitution is a resounding success, mixing just enough familiarity with a thoughtful reworking of associated concepts.

To begin with Corinna Bechko and Gabriel Hardman tweak very little from the 1960s Green Lantern’s origin. This is still a Hal Jordan, not a pilot, but once a NASA operative, now a form of mining engineer operating in space searching for potentially valuable ore on behalf of a corporation. On an exploratory mission he discovers the green lantern and ring on the craft of a dead alien, long buried beneath debris. From there we move into old fashioned, exciting space fantasy as familiar aspects of Green Lantern’s mythology are weaved into new situations. Much of the galaxy is under the control of the robotic Manhunters, and Jordan’s naive and inexperienced enough to think he can organise an insurrection. As he meets more people he learns more information along with readers, and the depth of Bechko and Hardman’s ambitious plot is revealed.

Hardman’s art is key to an enjoyable project, as is the colouring of Jordan Boyd, whether via collaboration or his own choices. Traditionally Green Lantern has been DC’s version of an idealised best the present can offer, squeaky clean looking, everything smooth and in place, bright and sleek. It’s a clever distancing technique to distinguish this Green Lantern of an alternative Earth by discounting that approach to present a messy, dark and gloomy environment, only occasionally punctuated by bright green light. If that’s all down to Boyd, he’s contributed a hell of lot.

So what’s been changed? The way the power rings work for one. Anyone who’s long believed the 24 hour charge from a convenient battery fails the logic test ought to be happy, yet so should those at peace with that concept. Also out is the ring choosing the righteous on which to bestow itself, with the reasons neatly hinted at before the end.

Bechko and Hardman cover a lot of ground over what’s prominently labelled ‘Volume One’, and they introduce plenty of paths for any sequel to follow. This is great, so don’t mess up.