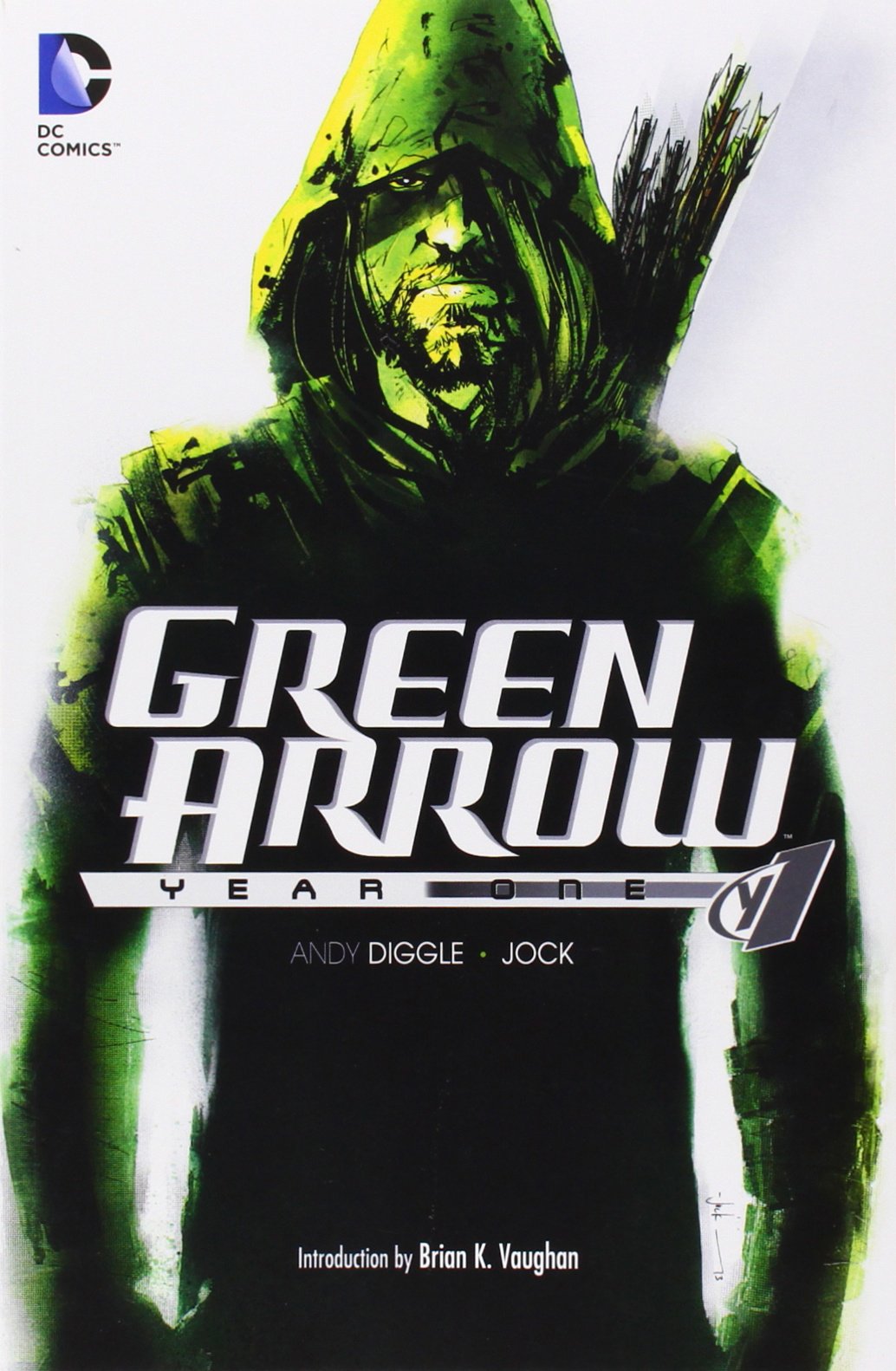 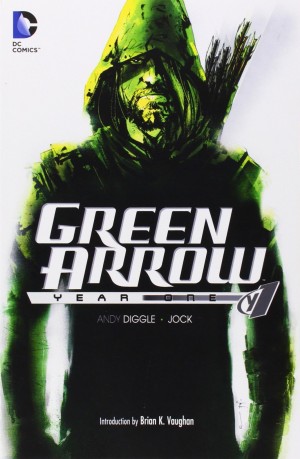 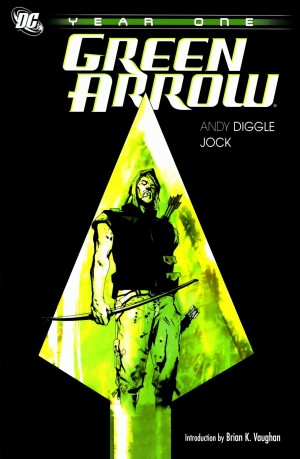 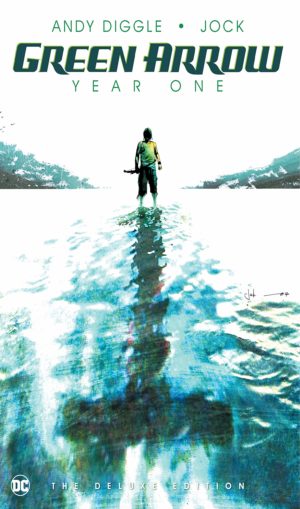 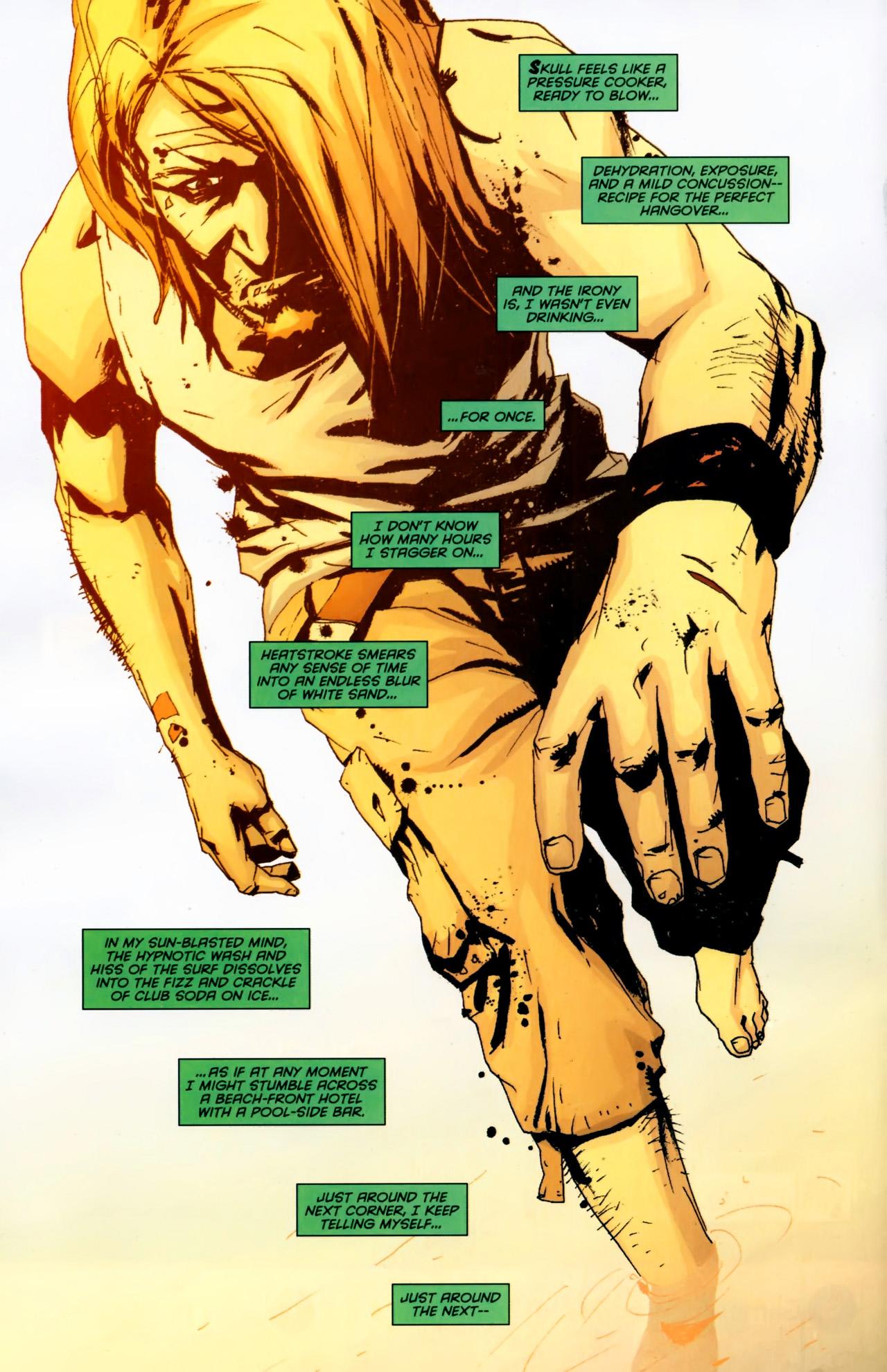 In his introduction Brian K. Vaughan talks about the importance of hooking readers immediately a story begins, and praises the manner in which Andy Diggle and Jock manage this over the first two pages. Vaighan knows a thing or two about writing compulsive comics, and he’s right. A smart piece of visual trickery is followed by one hell of a dangerous problem. They introduce arrogant thrill-seeker Oliver Queen, born to money and with the wonky moral compass often accompanying that.

What follows is a familiar story to many who’ve followed Green Arrow, so Diggle has to ensure the window dressing remains compulsive reading. It repeats the story of the pre-Green Arrow Oliver Queen washing up on a remote beach and using half-remembered archery skills to survive remains intact. That’s draped in a plot of the island as a source of slave labour to cultivate poppies for the drug trade. This is messing with the story as previously told, but it creates a more exciting tale than the one where Queen just hones his bow and arrow skills as a method of survival. That was originally written as a cursory afterthought in an earlier era where the purpose was to have a costumed Robin Hood back in civilisation dealing with villains. Year One is a thriller in its own right.

As seen by the sample page, Jock draws some fantastic figures. There’s weight to them both in the sense of movement and gravitas, and his gritty, shadowy approach is ideal for the circumstances. His reluctance to draw anything other than the bare minimum beyond figures has on other projects left gaps, but the remote location where most of the tale is set can convince with the most basic of backgrounds. The style also helps set a pace for the plot, and Jock’s either a very intuitive artist or has given considerable thought to posture, as his Oliver Queen changes as the story continues.

In addition to creating a capable hero that uses a bow and arrow, Diggle skilfully uses elements of what Queen was to bolster the plot, and elements of what he has to become to increase the tension. Hints of the future are provided by well-conceived primitive versions of the gimmick arrows Green Arrow would employ in more showy incarnations. The plot itself is predictable, even beyond prior knowledge of Green Arrow’s origin, with some very convenient aspects mid-section, but it’s the tension that sustains the story to the climax, which is everything it should be.

Given the cinematic pacing and strong quality of what Diggle adds to the original plot it’s no surprise that this in essence provided the template for the origin element of the Arrow TV series, a nod being given by the creation of a supporting character named John Diggle. It’s atmospheric, tense and the best of any Green Arrow origin variants. It’s also set to stand the test of time, with a hardback Deluxe Edition issued in 2020, twelve years after the graphic novel was first published.