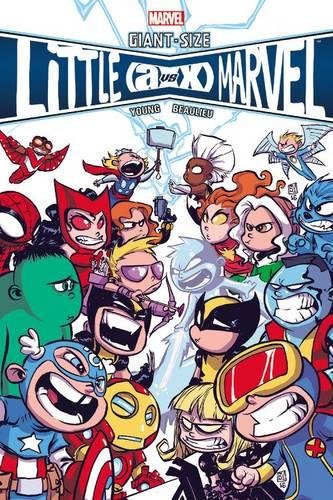 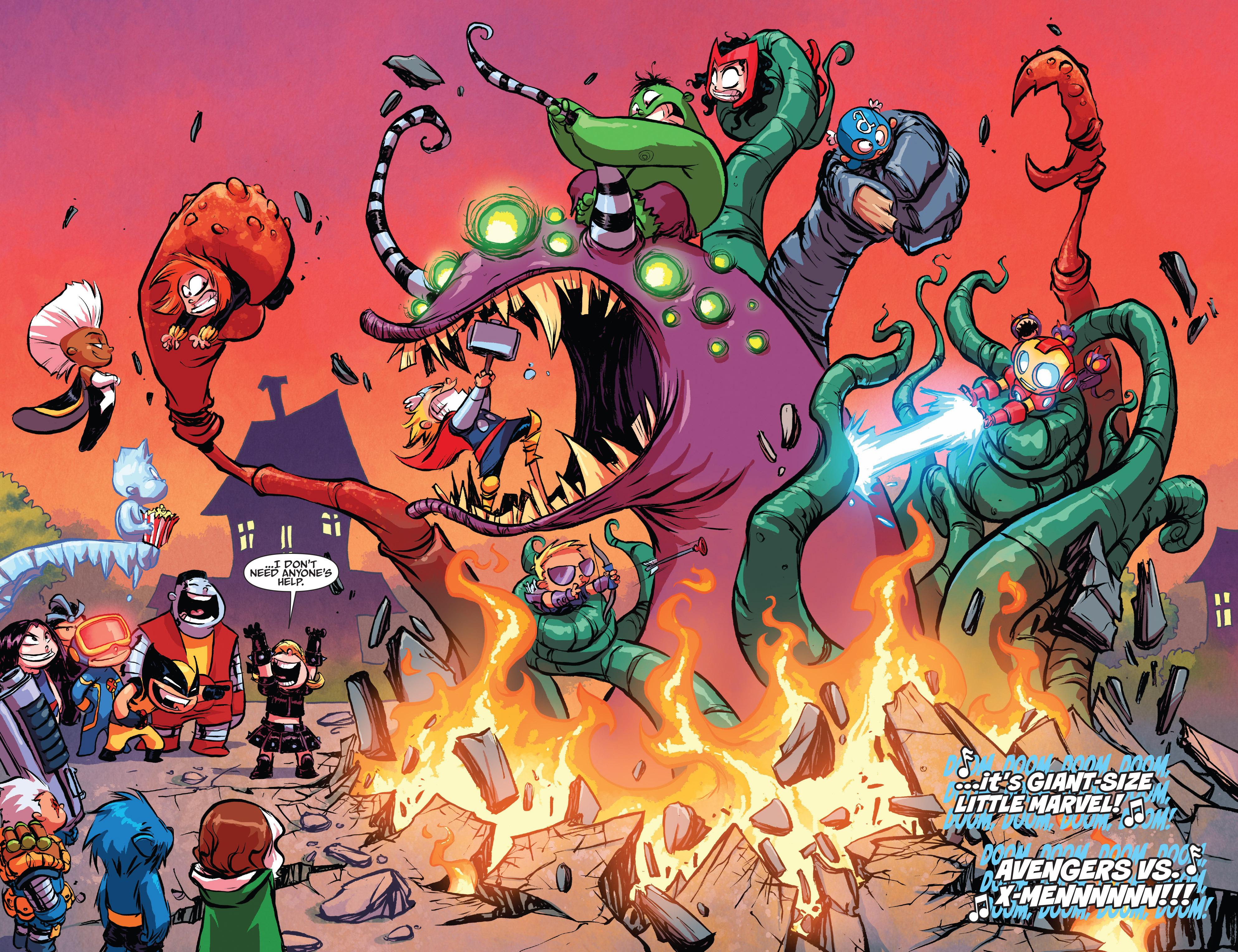 In the town of Marville there’s an intersection of Avengers St and X-Men Way. Can the kids from the different streets play nicely together? Not a chance. Skottie Young has them battling over food franchises, over games and in school, then having each group determined that the new kids who move into the neighbourhood join their team. Does it matter that Zachary and Zoe have no powers? No, as they’re just one more prize in a long-lasting competition. Young also spotlights other Marvel characters in their cute miniaturised incarnations. Who’d have thought the makeover would work with Ghost Rider and family for instance? It does as they sit round the dinner table and little Ghost Rider passes on that he’s been told not to exact vengeance during social studies. Plenty of other Marvel standbys are recast as the madness continues.

There’s a manic energy to Young’s cartooning, and it’s a testament to how Marvel’s editorial vision has expanded over the years that he never lacks for work from the company. Here he’s given what might be the tricky task of integrating Marvel’s pint-sized comedy avatars of their heroes with the cosmic shenanigans of Secret Wars. It works astoundingly well because Young does what he does, ignores Secret Wars and instead turns his attention to an earlier company crossover, revisiting the idea of Avengers vs X-Men as a slapstick sitcom.

As seen from the sample spread, Young’s illustration is fantastic. And every chapter contains at least two such spreads of all-out mayhem. This really is a case of never mind the plot, but just throw yourself wholeheartedly into the pratfalls and into the art. Some credit here must also be given to colourist Jean-Francois Beaulieu who uses bright, shadowless colour to accentuate the fundamental warmth of a world that demons can invade with no lasting harm.

During the original Avengers vs X-Men crossover in 2012 Young wrote A-Babies vs X-Babies, which was then drawn by Gurihiru in their animated style. It’s nice to have this included as it’s not collected in book form elsewhere, but it doesn’t match Young’s feature strip. There are fewer jokes, and they’re not as good, an exception being one great Galactus gag. The art’s fine, however, with Gurihiru’s best mayhem spread packing 48 mini-Marvels.

It’s no coincidence that this all-ages Warzones! tie-in is the only one to feature neither a Warzones! title nor a Secret Wars logo on the cover. For all the simplicity, it’s also considerably better than most of the supposedly mainstream tie-ins. Marvel might want to consider why. 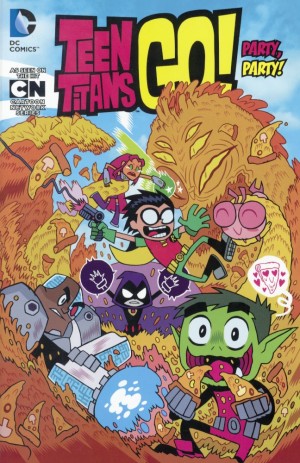 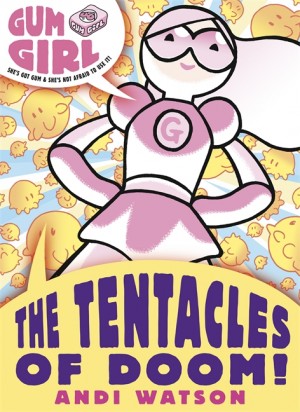 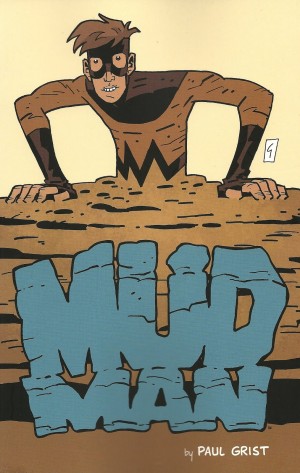