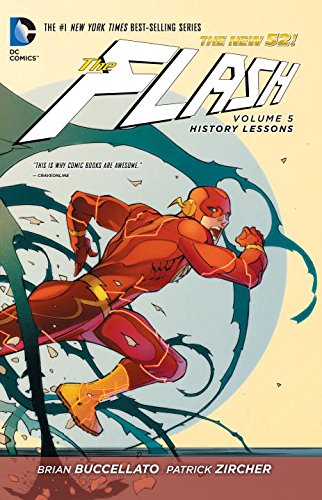 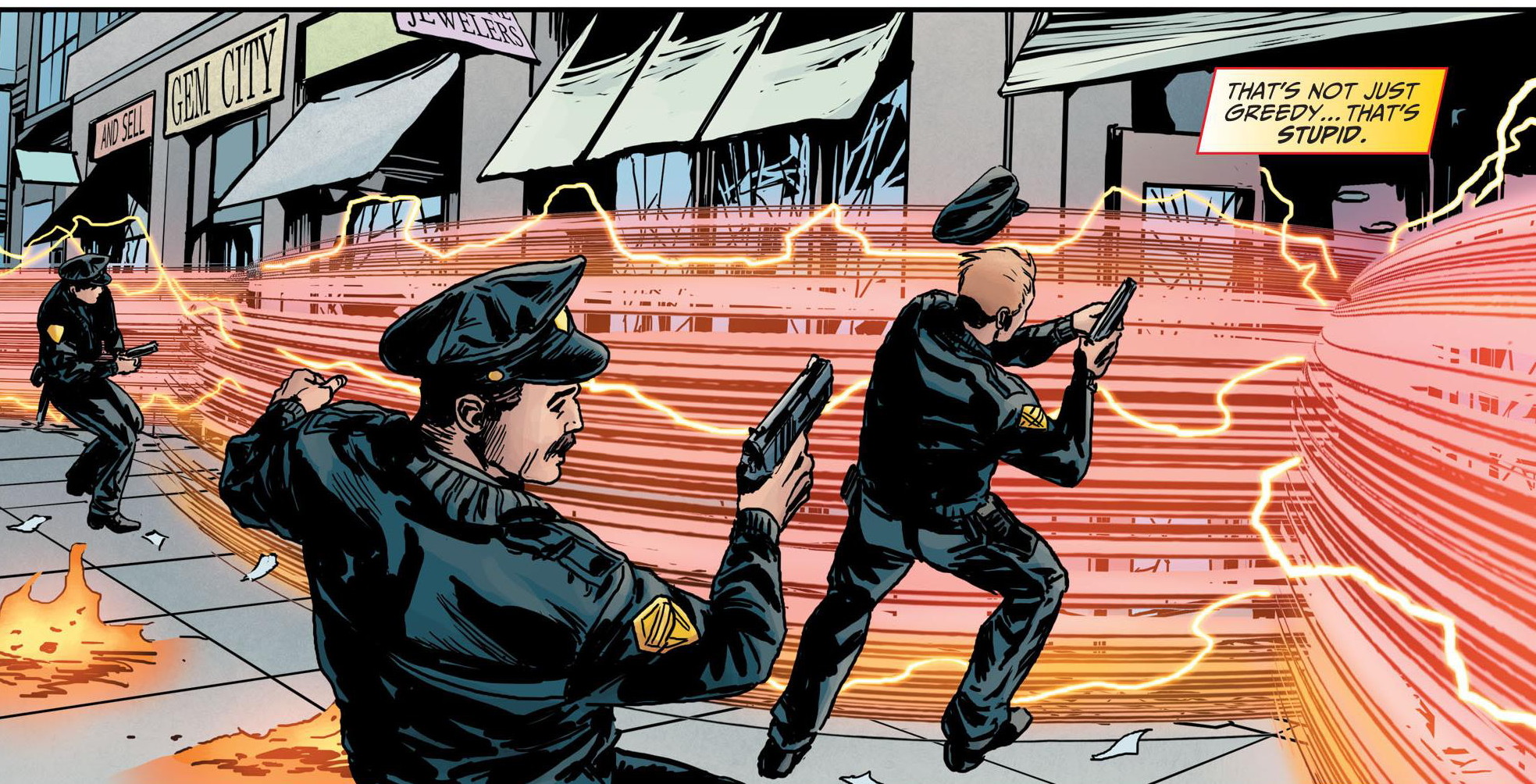 There’s rather an unpleasant opening surprise to this volume as the none of the regular creative team are present. Francis Manapul’s final work appeared in Reverse, and while his co-writer Brian Buccellato writes the remainder of the book alone, it’s Christos Gage responsible for the opening chapter. It’s very ordinary. To date there have been well applied reasons why the simple mechanisms of super speed couldn’t deal with the problems at hand. These are almost underlined in ‘Flash out of Water’, seemingly as an attempt to prevent readers hitting on the assorted alternative methods that would work. The style in which Neil Googe draws the Flash’s new costume diverges from the subtle manner it’s been portrayed to this point, but otherwise his more cartoony storytelling is fine.

Buccellato’s main story is very different. The discovery of several skeletons attributed to a serial killer caught twenty years previously, is a case that taxes both Barry Allen and the Flash. It stretches back over the centuries, and offers some background information on the previous stories while also tying up several elements connected with a loose end. It has its moments, but overall there are too many elements that don’t work. Deadman is pivotally convenient device on two occasions, yet dead weight for the remainder, and mysticism and the Flash have never been great bedfellows. Patrick Zircher then Agustin Padilla at least make the story look good.

Sami Basri is even better on the final chapter chronicling an early meeting between Flash and the Hal Jordan iteration of Green Lantern. There’s an appealing thin-lined cartoon style, and an engaging manner of conveying the Flash in motion. Not so appealing are the sculptured muscled bodies. There’s a deliberately light touch, but the overall feeling about this and its predecessor is that Buccellato’s writing is far more inventive when he’s bouncing ideas off a collaborator as per the previous four volumes.

Out of Time is the next volume, with a new creative team.