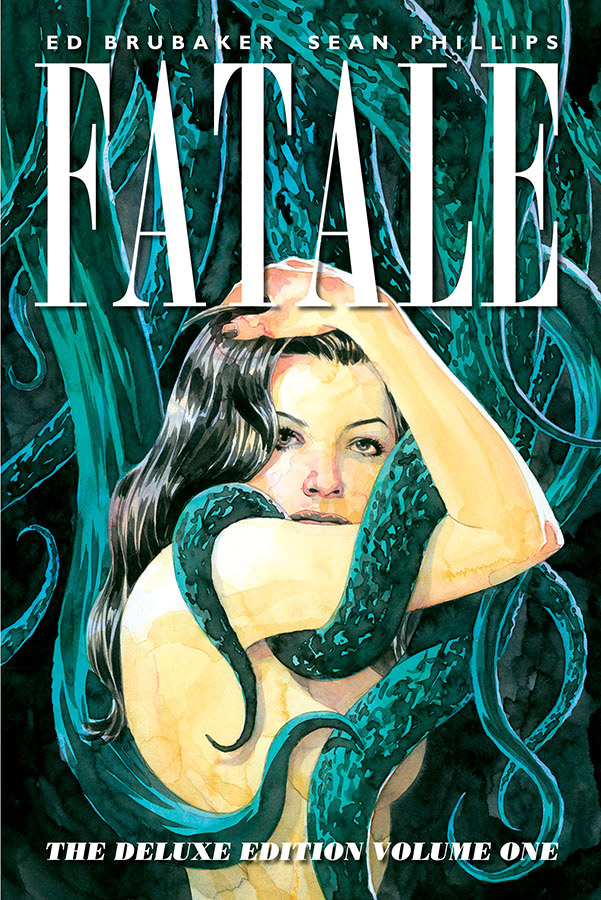 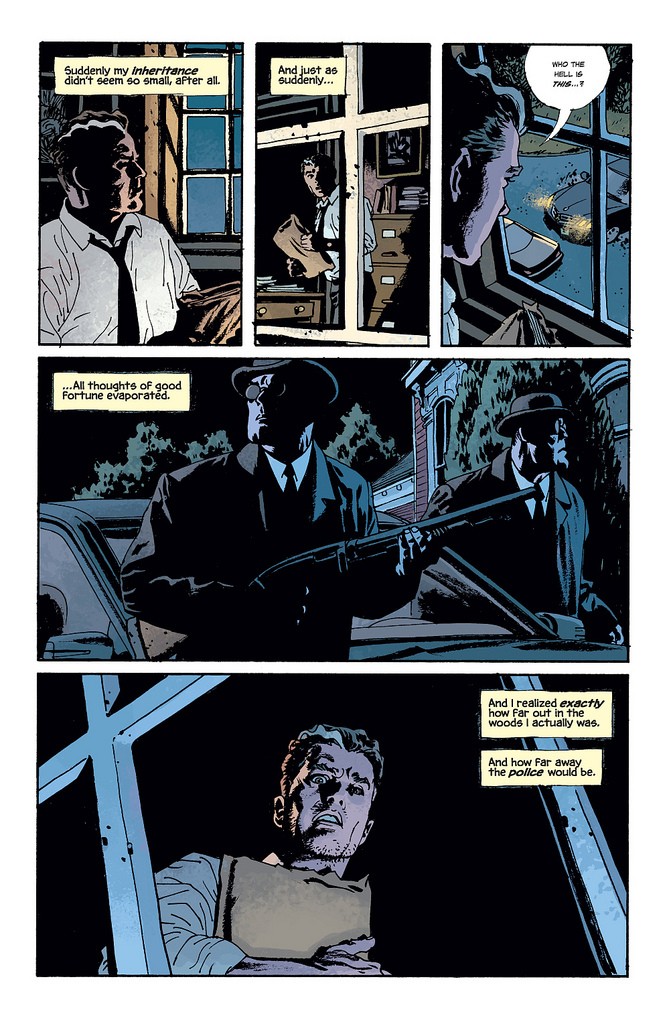 Fatale is a stunning body of work by creators Ed Brubaker and Sean Phillips, a noir thriller that borrows from every sub-genre and still manages to craft something refreshingly original. Initially meant as a miniseries, it fills five paperbacks and two additional hardcover deluxe editions. Volume 1 collects the first two books, Death Chases Me and The Devil’s Business.

Nicholas Lash meets the beautiful Josephine at the funeral of his godfather Dominic Raines. She’s claiming to be the grand-daughter of an old acquaintance of Raines here to pay her respects, and Nicholas’ life is immediately plunged into chaos. Josephine disappears again, leaving Nicholas curious about her and the connection to his ‘Uncle’ Dom. What he discovers is an eternal cycle in which Josephine is a key player, the men infatuated with her only tragic pawns in a violent game of cat and mouse that spans eons, the story itself moving back and forth over various decades.

Death Chases Me starts in the 1950s to introduce Josephine, a young Hank Raines trying to get the story of a lifetime, and Jo’s lover Detective Walt Bookman. Josephine appears trapped and bullied so Raines quickly tries to be her protector, Bookman only wants a way out of his life, while a man simply dubbed Bishop, the leader of a dark cult, seeks Josephine for a ritual as old as creation itself.

The Devil’s Business flashes forward to the late 1970’s where a b-movie actor named Miles rescues an old flame from the machinations of the cultic Method Church and its leader Ansel, before encountering a now reclusive Josephine who knows why they are searching for the girl. Nicholas remains in the present day as an anchor point for the story, his investigations into Josephine and her role in this growing mystery dragging him into trouble he may not be able to handle.

Ed Brubaker and Sean Phillips bring to life a gripping tale that embraces the darkest elements of desperation, obsession, and desire entangled with supernatural forces beyond understanding. Brubaker masterfully drags you along, twisting the story at every turn, his players convincingly human. Sean Phillips sets the scene with simultaneously eerie and beautiful artwork, accentuated by wonderful colour from Dave Stewart who won an Eisner award for his work here. The characters and scenery are redolent of pulp magazines and the covers of hard-boiled crime noir, superbly capturing the fatalism and supernatural depravity.

Collected with the first two volumes of Fatale are behind-the-scenes stories from Brubaker, a stunning collection of artwork and sketches by Phillips, and some interesting historical essays by Jess Nevin. Collected in an elegant oversized hardcover, Fatale Deluxe Edition Volume 1 is a fine addition to the bookshelf, plus a great example of a brilliant creative team producing some wonderful original work. Brubaker’s and Phillips’ work collected here and in the thicker Fatale Deluxe Edition Volume 2, would eventually lead to an unprecedented deal with Image Comics that would give them five years of total freedom to create, control and own any new projects.

Fatale: West of Hell, Pray for Rain, and Curse the Demon are all three found in the Fatale Deluxe Edition Volume 2. 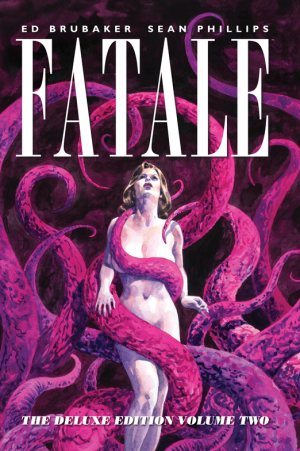 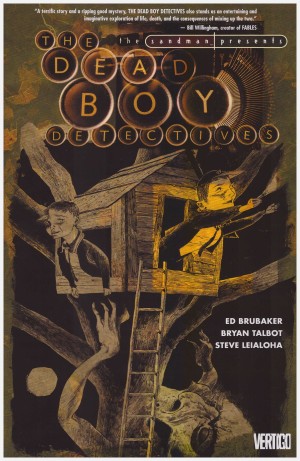