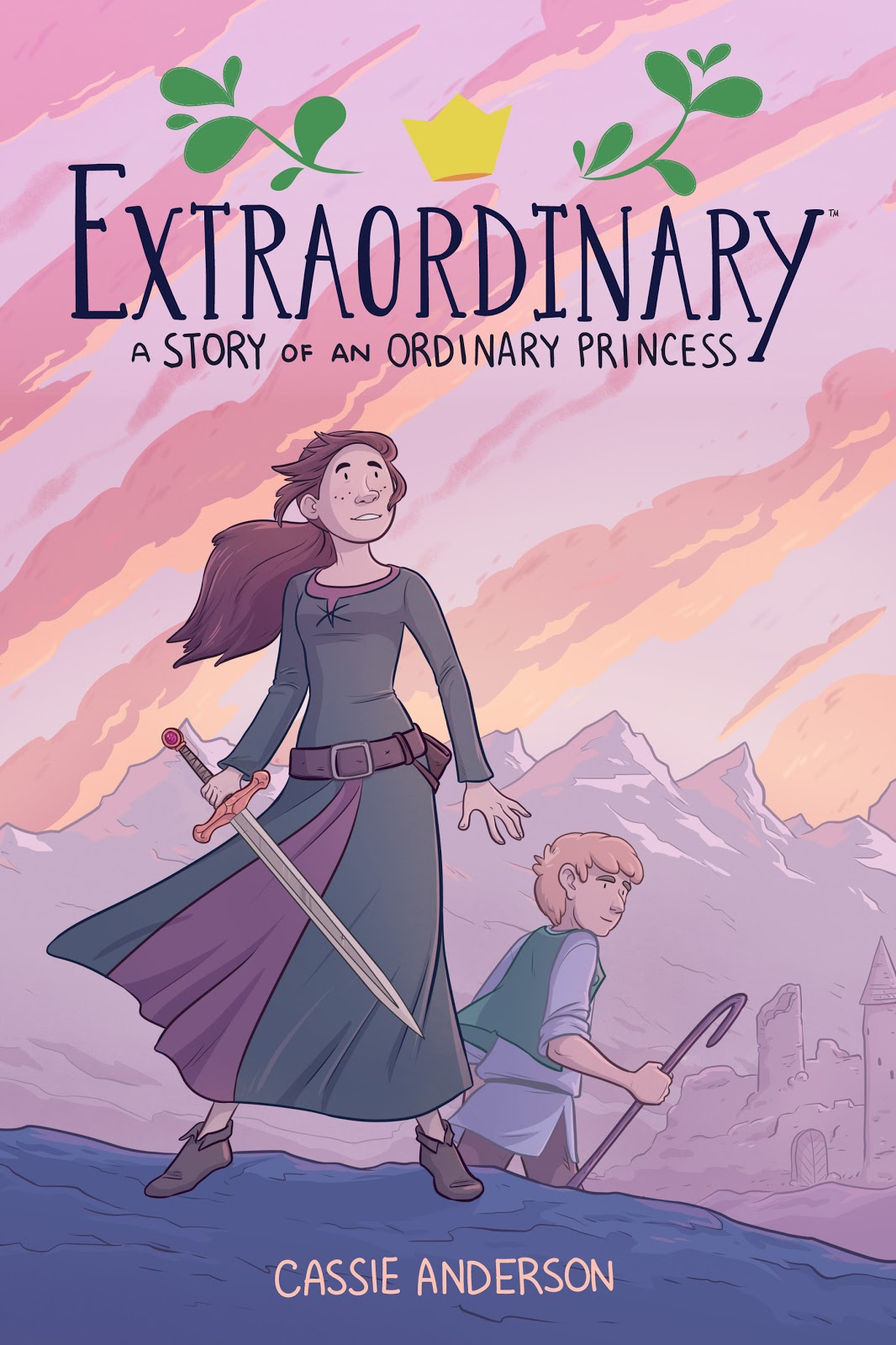 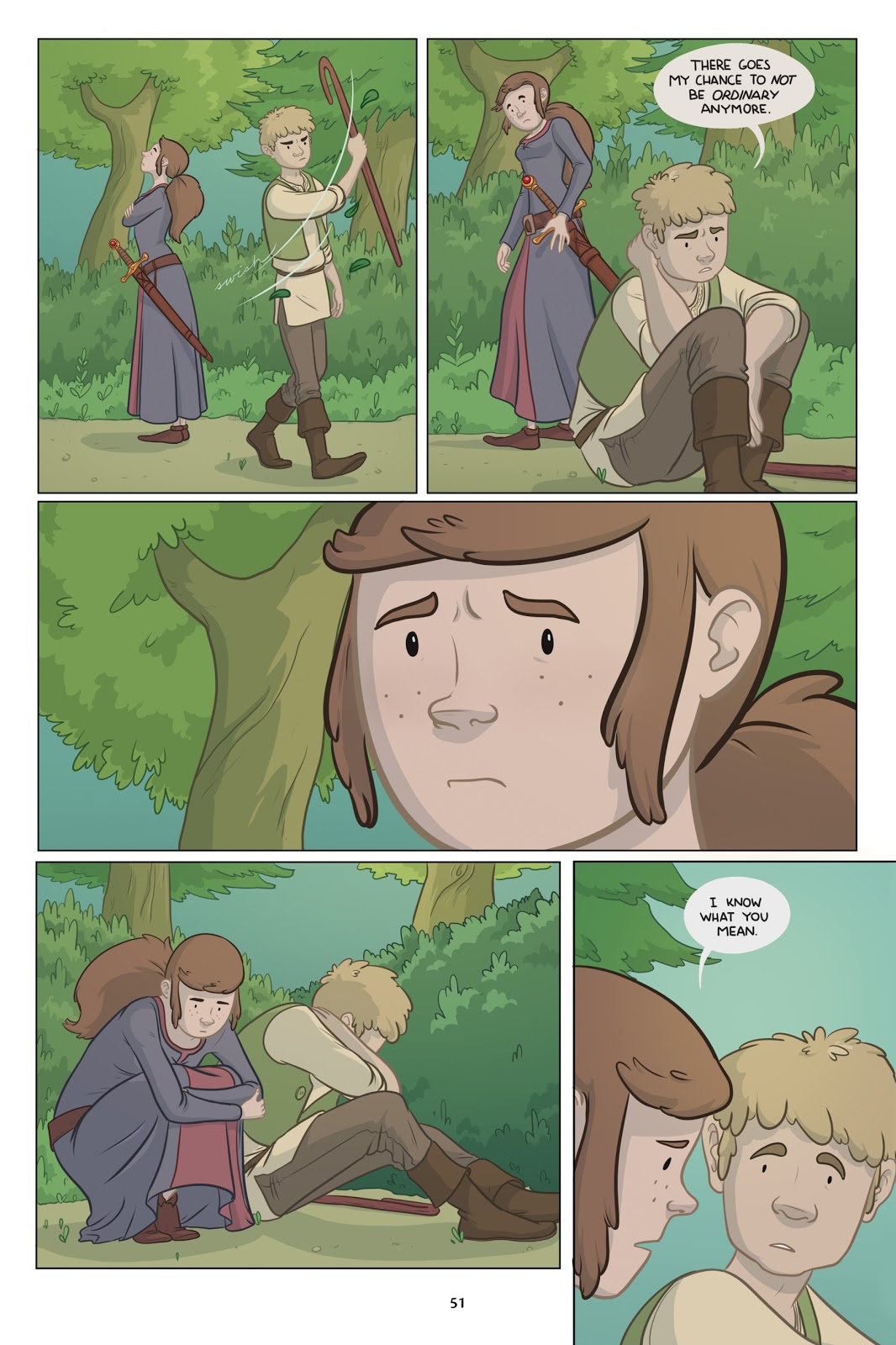 Extraordinary is a smart satirical look at the type of fairy tales handed down through the generations in the Western world, knowing, funny and yet empowering.

Cassie Anderson begins with the traditional set of princesses, seven of them born to an obviously fertile king and queen, each blessed with a talent by a friendly fairy shortly after birth. Unfortunately, when daughter number seven arrived the goodwill of the more pleasant fairies had been exhausted, and all that was left for Basil was a blessing from the grumpy Melvina, gloriously drawn with a cigar chomping scowl by Anderson. Basil is blessed with being ordinary, which in the high glamour royal circles appears to be no blessing at all. Basil grows up dowdy in comparison with her sisters, with her mother despairing that she’ll ever become engaged, so hitting on the plan of having her abducted by a dragon. The idea is that she’ll be rescued by a brave prince, and marriage will follow.

To that point Extraordinary is Anderson poking fun at the misogynistic attitude of most fairy tales, where the height of aspiration is to be married. That’s when she turns convention on its head, introducing not a handsome prince, but Hudson the hapless shepherd, and the idea that far from being malign, Melvina’s blessing may have had a purpose. The result is a clever plot, one of friendship, overcoming obstacles and greater understanding. Anderson draws this all in a delightfully open and simple style, but one which is also expressive and exudes personality. We’re able to see all along what Basil can’t, but just in case the message is reinforced before the end that just because someone has a talent, possibly an exceptional one, it shouldn’t define them as a human being.

At eight chapters the story’s extended slightly too far, but that won’t bother younger readers delighted by Basil and Hudson’s plucky characters. After the story’s finished it’s astounding to learn from Anderson’s background notes that it began as a college project. A+ you’d imagine. 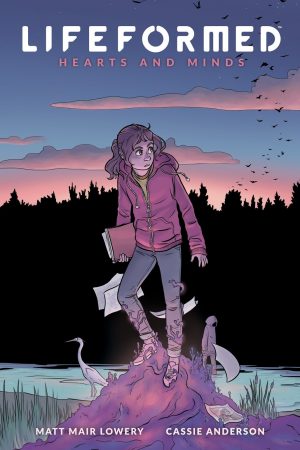 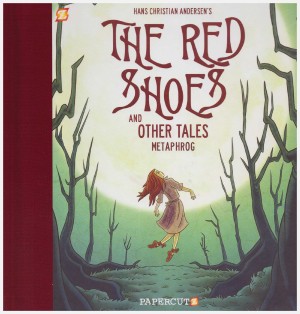