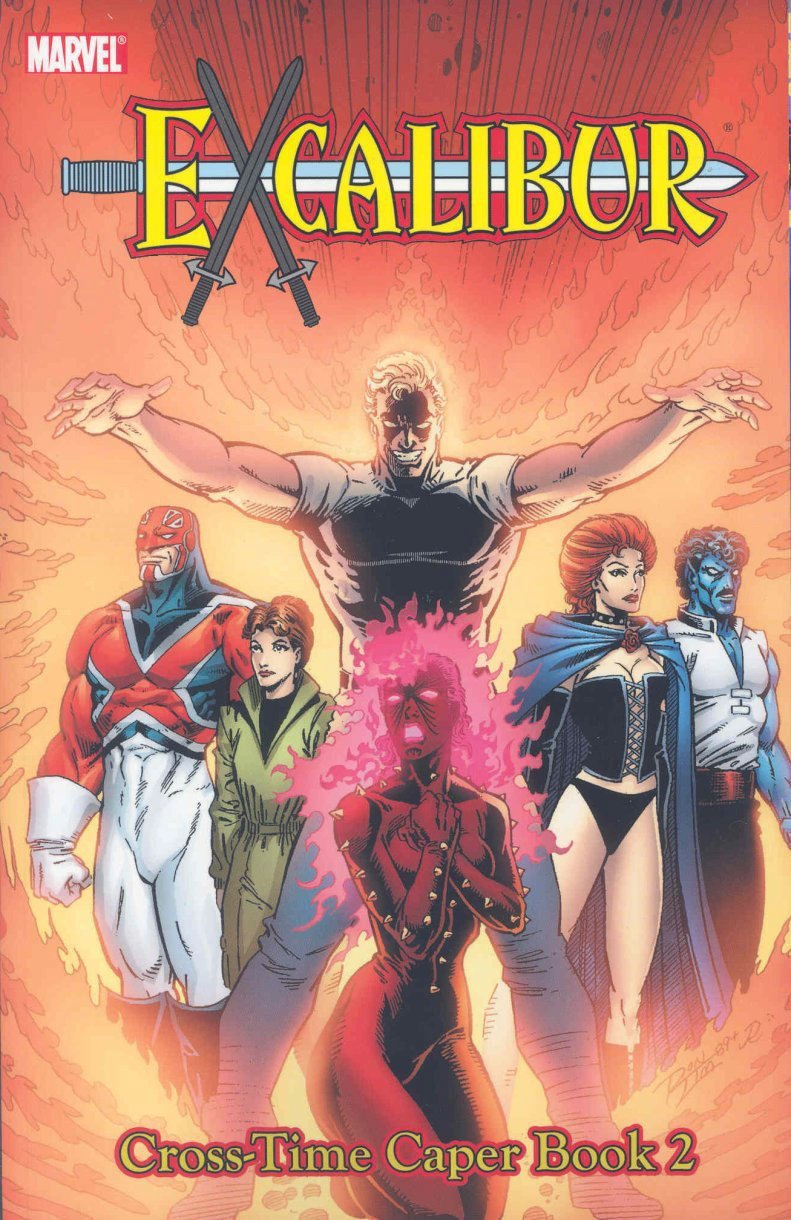 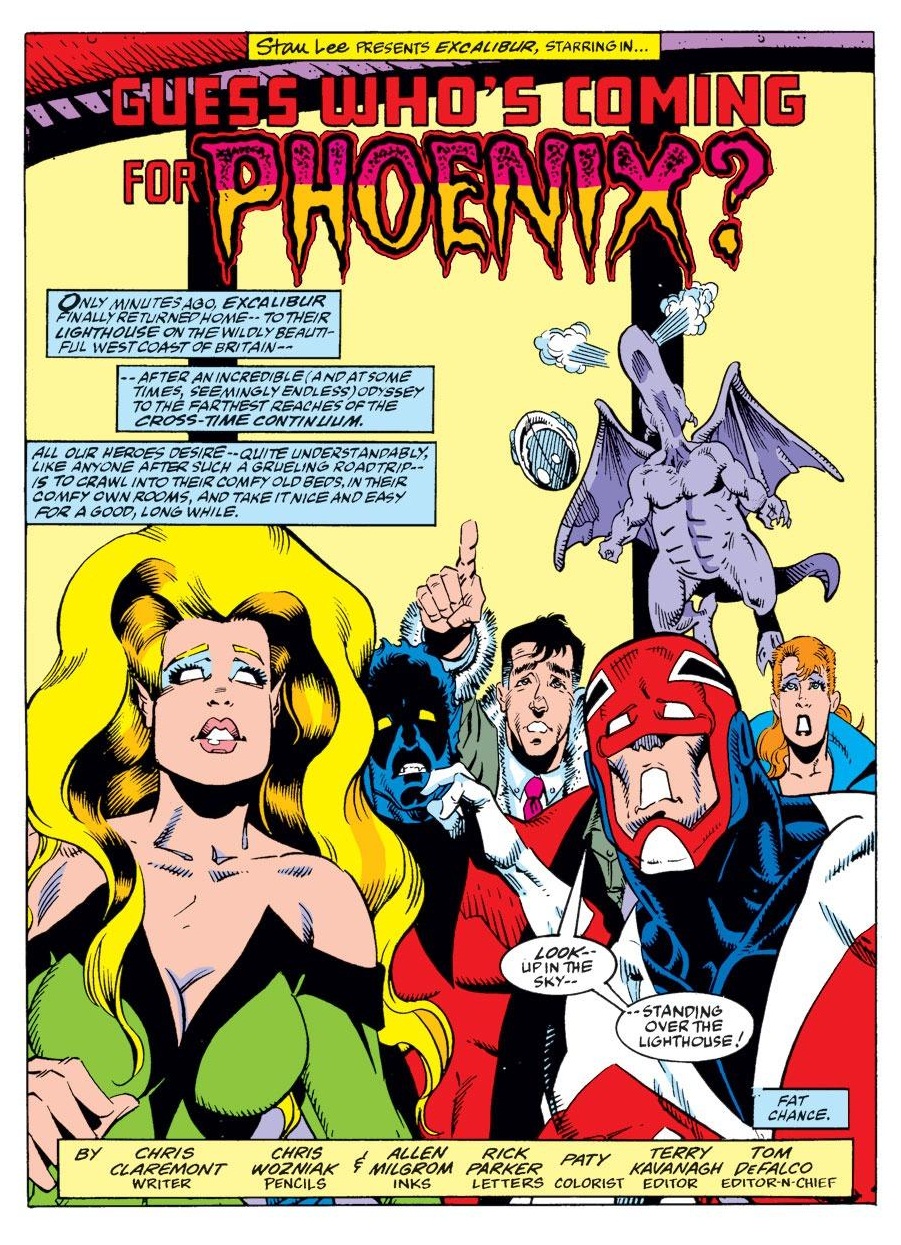 To begin the previous collection’s nine chapters Excalibur were transported to an alternate world aboard a train designed to do just that, although there was never an intention on their part. Over the first five episodes of this book the seemingly endless story concludes, beginning with a further pair of rambling alternate universe stories.

The first features alternative versions of many familiar X-Men characters along with Iron Man, leading to Captain Britain battling his other dimensional counterpart, illustrated with little distinction by Chris Wozniak. At least Alan Davis returns for the second, a Judge Dredd pastiche on a world ruled by Magik and the tale that eventually returns Excalibur back to their own reality. That’s just in time for Phoenix to face off against Galactus, and this actually has its moments. Claremont provides an interesting and unexpected conclusion that echoes his better work from a decade previously. Unfortunately very few people are going to notice it thanks to Wozniak’s stunningly poor art. The sample page isn’t selected to embarrass, but is entirely in keeping with the remainder of the episode.

The best that can be said about another fill-in by Michael Higgins and Ron Lim is that it’s better than their work in the previous collection, and that Lim manages a decent Jim Starlin pastiche. The following artistic collaboration between Barry Windsor-Smith and Bill Sienkiewicz might sound mouth-watering, but it’s surprisingly average, very much paying the bills for both. While Claremont has theoretically completed the Cross-Time Caper, this features another alternate universe, more reality warping and Galactus again. We end with another fill-in, this time an eventful night for Captain Britain and Meggan. Terry Austin, better known for inking, isn’t as good writing, but there’s some nice art from Colleen Doran.

The Sword is Drawn introduced both Excalibur and a number of mysteries, among them the following: the disappearance of a young Scottish boy; the strange behaviour of the mechanical creature called Widget; the possession of Captain Britain’s former girlfriend by an other-dimensional tyrant; Meggan’s odd habit of altering her form to flatter those who like her; Kitty Pryde’s powers acting up and alien mercenaries Technet set on the trail of Phoenix. This is not a complete list. Two subsequent graphic novels moved those issues forward very little, and anyone who’s been following the series through might be wondering if Chris Claremont intended to resolve them. There’s no progress here, and very little to impress. Move along. One final volume concludes Claremont’s time on Excalibur. 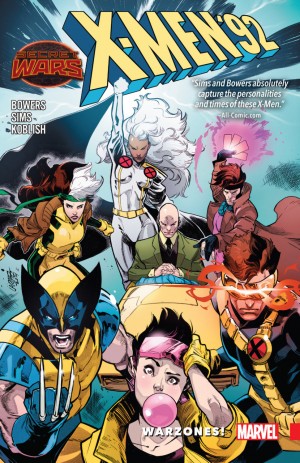 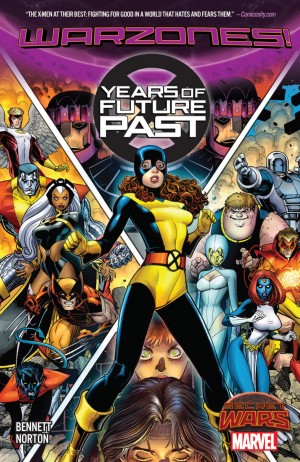 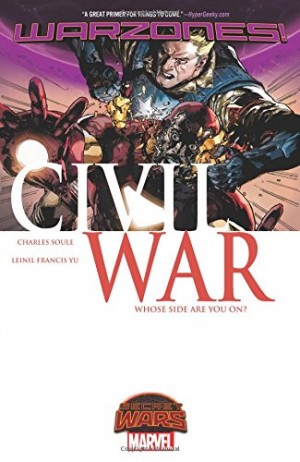 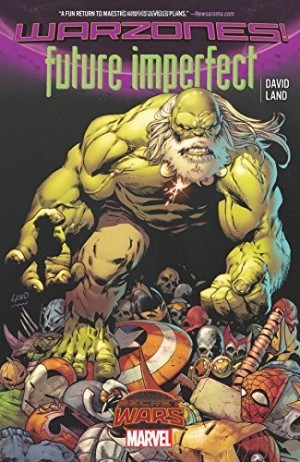