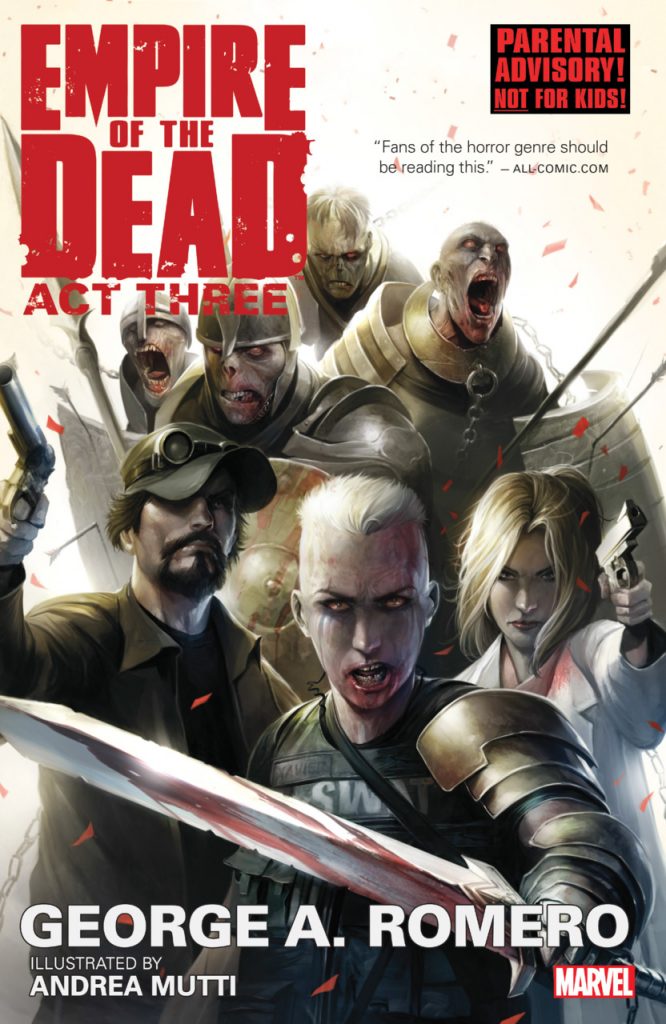 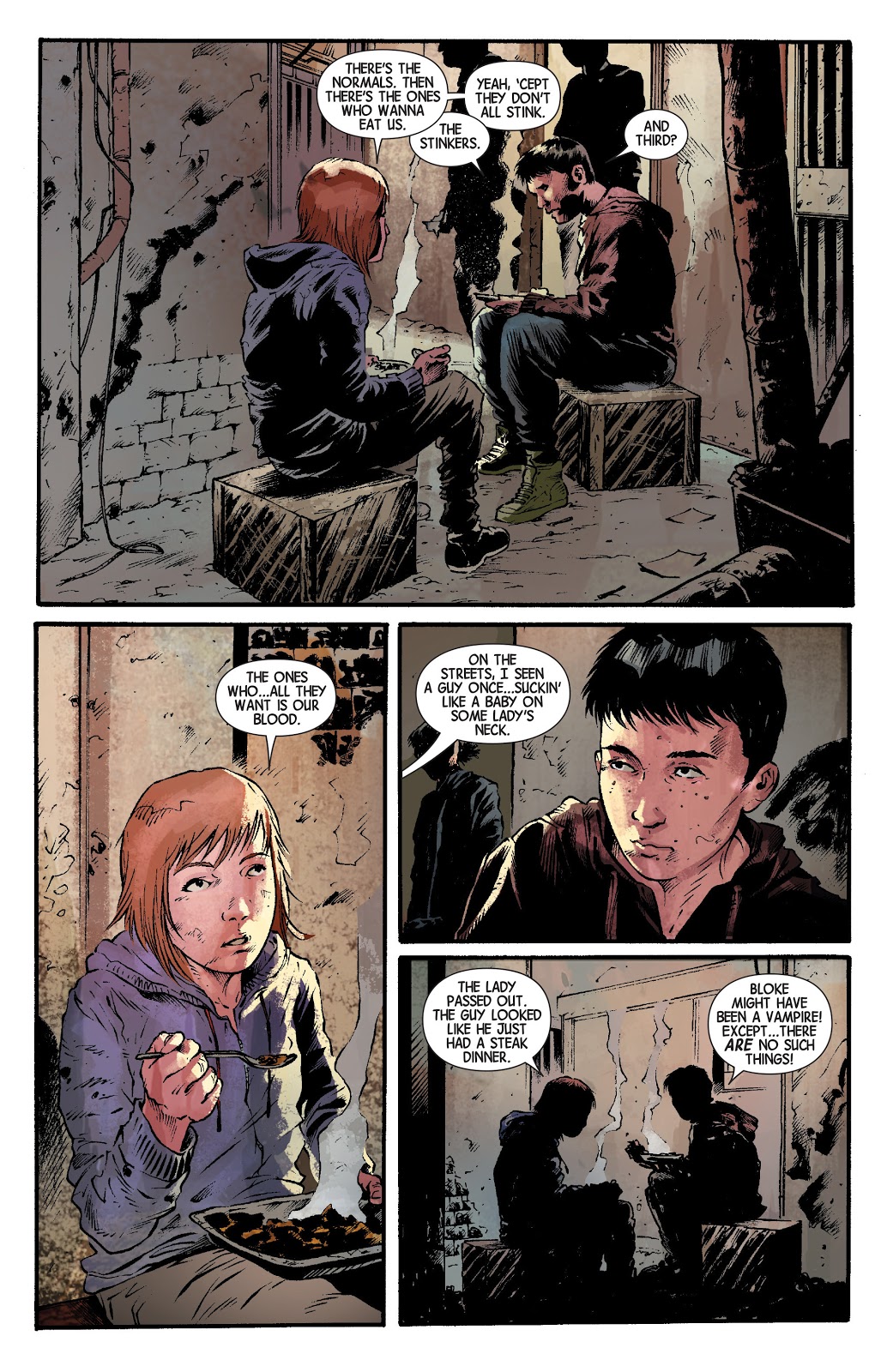 Much has happened since Dr Penny Jones first approached zombie wrangler Paul Barnum to study zombies that appeared to retain some intelligence. As seen in Act Two, she’s on the way to being turned into a vampire by New York Mayor Chandrake, fighting what’s become a bitter re-election campaign, unaware that a police detective is close to discovering his secret. And then there’s the matter of forces from the South on their way to take over the city and the vampires who’re abducting children.

George A. Romero has set a lot of plot threads loose, and certainly connects them professionally in the final episode, for which we have another new artist. Andrea Mutti’s looseness is very welcome as he returns the necessary grime to a zombie infested world. Once again the locations look as if they lack regular cleansing services, and the zombies as if they haven’t had a shower before shambling on set.

After a really strong Act One, the fundamental problem with Empire of the Dead is one of expectation. As far as Romero is concerned, he’s most famous for zombies, it’s zombies we want, and zombies are featured heavily on the covers of all three acts, yet although essential to the finale here, they’re otherwise all-but incidental. Beyond that, Romero ties his plots together cleverly. However, avoiding almost all the conflict we’ve been led to think is building may be clever, but it’s also disappointing. All-encompassing greed is underlined as wrong, while compassion is the ticket to survival. A smaller qualm is that the inclusion of a Damon Runyanesque casino owner doesn’t really work, his eccentric speech patterns coming over not as the intended homage, but just strange.

Whether Romero’s just bored with zombies or whether he was determined to have the third act as five chapters no matter what, the final scenes are incredibly rushed, and don’t provide the spectacle we’ve been waiting for. There’s no real sense of release as one hurried anticlimax follows another and those who thoroughly deserve it get what’s coming to them, except, well, some of them don’t. That certainly happens in the real world, but fiction demands greater satisfaction and ultimately renders Empire of the Dead disappointing. All three acts are combined in the hardcover George A. Romero’s Empire of the Dead. 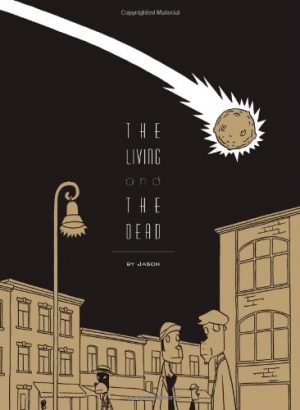