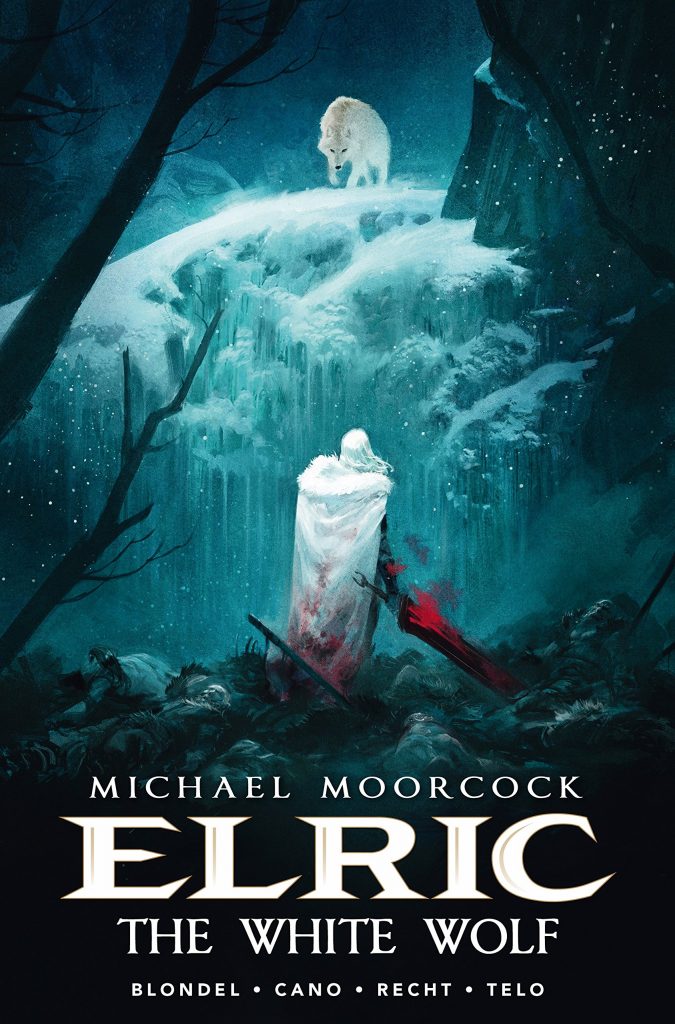 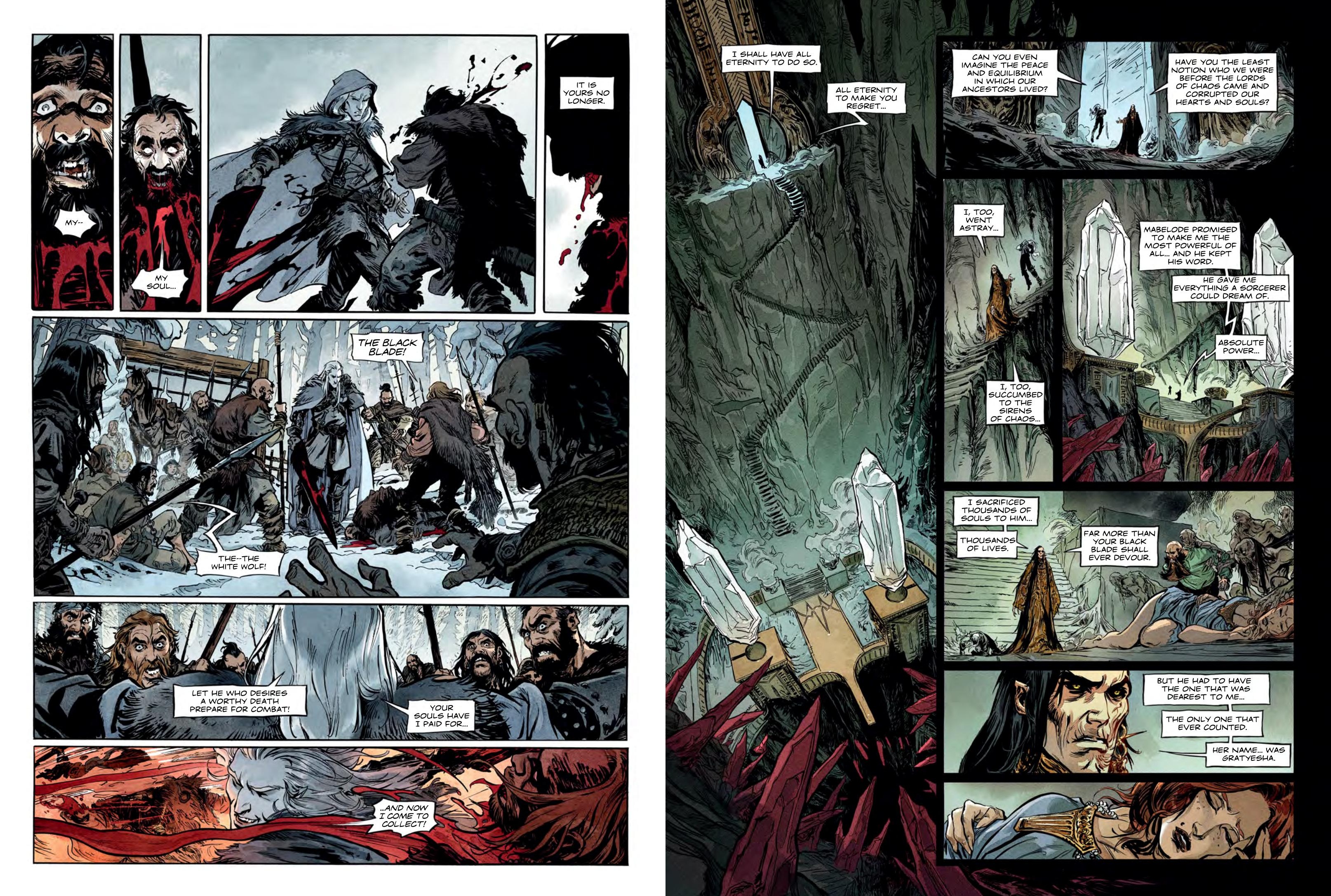 Elric has now been paired with his mystical sword Stormbringer, always hungering to suck the soul from someone, and possibly only reflecting Elric’s inner demons. It’s been a year since Elric left his love Cymoril and renounced the throne of Melniboné to wander the lands, during which time he has built a formidable reputation as the White Wolf.

Very wisely, in adapting Michael Moorcock’s stories Julien Blondel and Jean-Luc Cano drill to the essence rather than relate every interlude. There’s no teaming with Corum et al as there was in the novels, adapted for comics in Weird of the White Wolf, no glimpses from the past at Elric’s adventures, just his present day. The core of the story is Elric meeting one of his ancestors, one time Melnibonéan ruler Saxif, in his own way also a man possessed, but a terrifying insight into the absolute power the Melnibonéans believed their due. Elric also learns that exiling himself from Melniboné hasn’t been enough, and the city has placed a price on his head.

Robin Recht is a man with artistic creep, his influence increasing book by book. He began as inker on The Ruby Throne, laid out much of Stormbringer for Julien Telo, and now in addition to that he illustrates a fair chunk of The White Wolf himself (sample art left). Ronan Toulhoat is also given a minor credit, without specifying his contribution. Whoever’s responsible for individual pages, as an entire story it’s a step back up the quality scale. While good, Recht only rarely conveys the vast scale of Elric’s world, and Telo’s pages do show this, with people dwarfed on enormous boats.

Moorcock’s introduction to the first book in this series noted that Blondel had suggested departures from the original Elric texts that he was very pleased with, and the ending of The White Wolf presents the greatest change to date. Anyone whose belief is that adaptations shouldn’t deviate from the original material may not be happy, but it is with Moorcock’s blessing. In dramatic terms it’s a stunner, and sets up the following story very nicely by toying not only with Moorcock’s original vision, but with the perhaps dated foundations of sword and sorcery material. Blondel and Cano are presenting Elric as a man on a journey in a way that the original stories never did, being dotted about Elric’s career, and each of his experiences feeds into his opinions. He began as a far harsher ruler than in any previous adaptation, and is now meeting people beyond his former enclosed world. It’s an intriguing and satisfying journey.