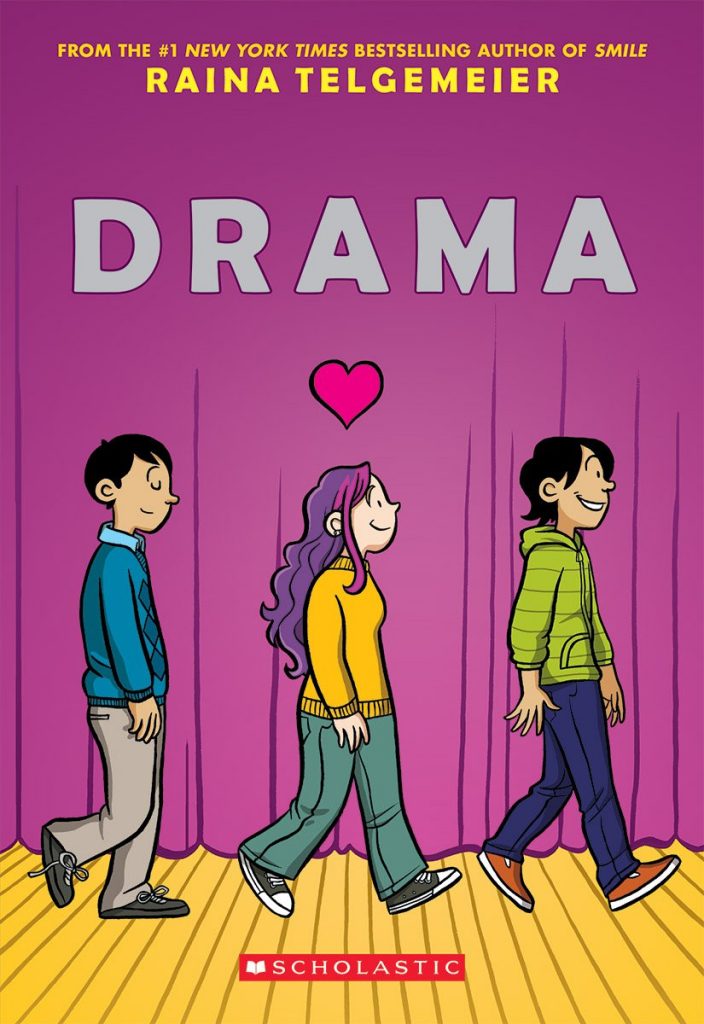 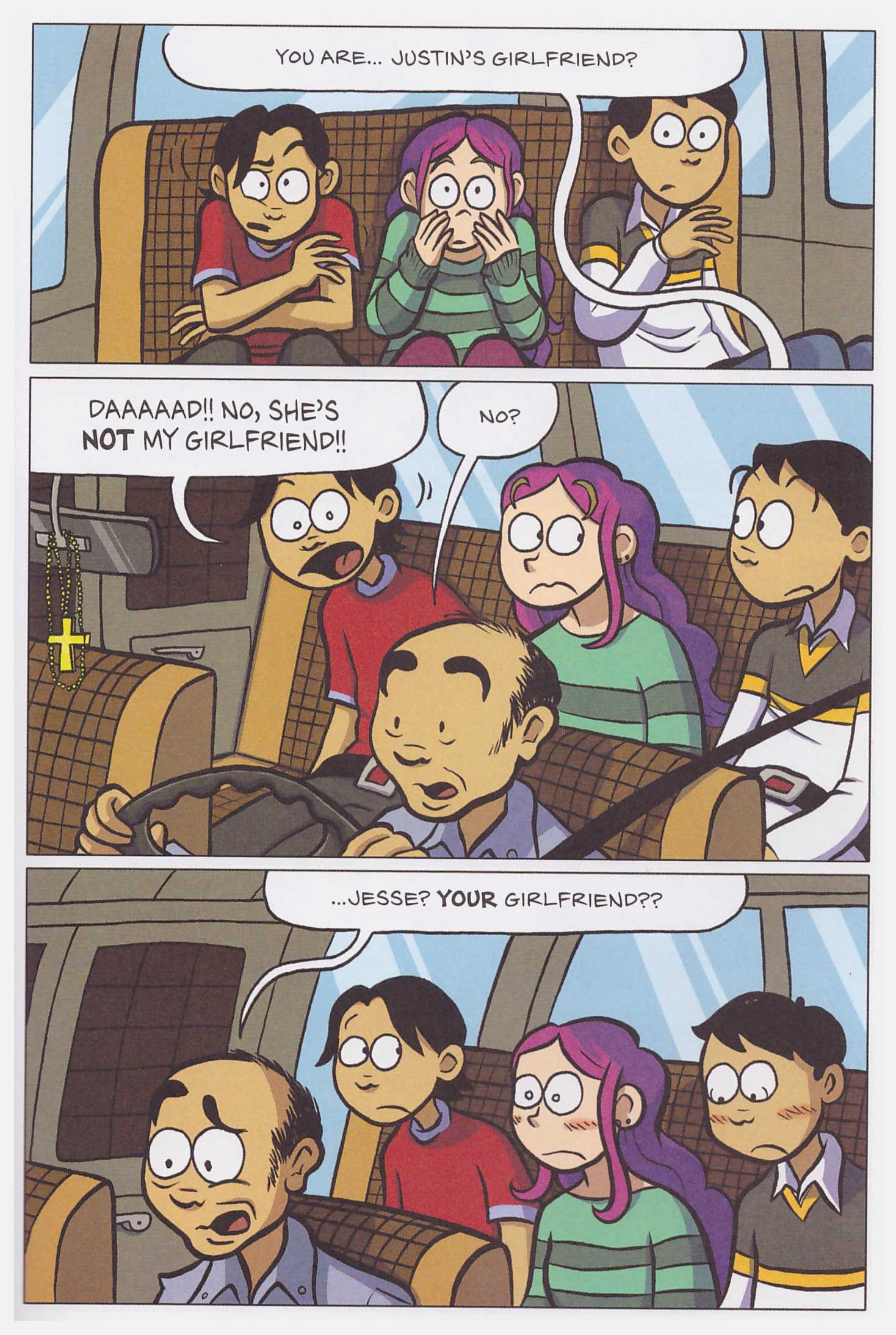 Despite being unknown to most people who consider themselves comic fans, in sales terms Raina Telgemeier is one of the world’s most successful creators of graphic novels. She flies below the radar by working exclusively with material for young girls aged upwards of eleven. Her adaptations of Ann Martin’s already phenomenally successful Baby-Sitter’s Club series started her career, and she’s continued with her own material in the same vein.

Telgemeier is an excellent storyteller, and has to be in material that avoids narrative captions. Her naturalistic cartooning conveys the heady stew of emotions experienced by seventh grade Carrie, experiencing her first passions and confused by the responses. This is early teenage romance amid the staging of the school play.

Carrie’s expertise is in creating the set, although another talent manifests by the conclusion, and when an early attraction to a friend’s brother is rebuffed, she gradually becomes more involved with twin brothers Jesse and Justin. Telgemeier populates her cast well with recognisable stereotypes whose characters are pitched at exactly the right level for the readership. Bonnie, the leading actress, is an unpleasant prima donna, and by contrast Carrie’s best friend Liz is the very soul of supportive companionship.

Telgemeier’s cast tick all boxes when it comes to racial groupings, and this is the one element of the book where the skill in structuring the story is identifiable as contrived. Better that positive statement, though, than superhero comics set in the USA with not a single person of colour to be seen. Other elements are weaved in more skilfully, such as the crucifix hanging from a car’s rear view mirror. Drama actively promotes acceptance and understanding, a facet decried in some online reviews by those not very accepting or understanding.

Carrie’s dreams and enthusiasms are well delivered – “It’s my favourite book in the world. Published in 1932 and reprinted thirty-four times, it includes photographs of Broadway set designs from the nineteen-teens and twenties” – and in an afterword Telgemeier confides how being part of the school drama productions was important during her teenage years.

This isn’t a book likely to appeal far beyond its core audience, but it serves that audience exceptionally well.