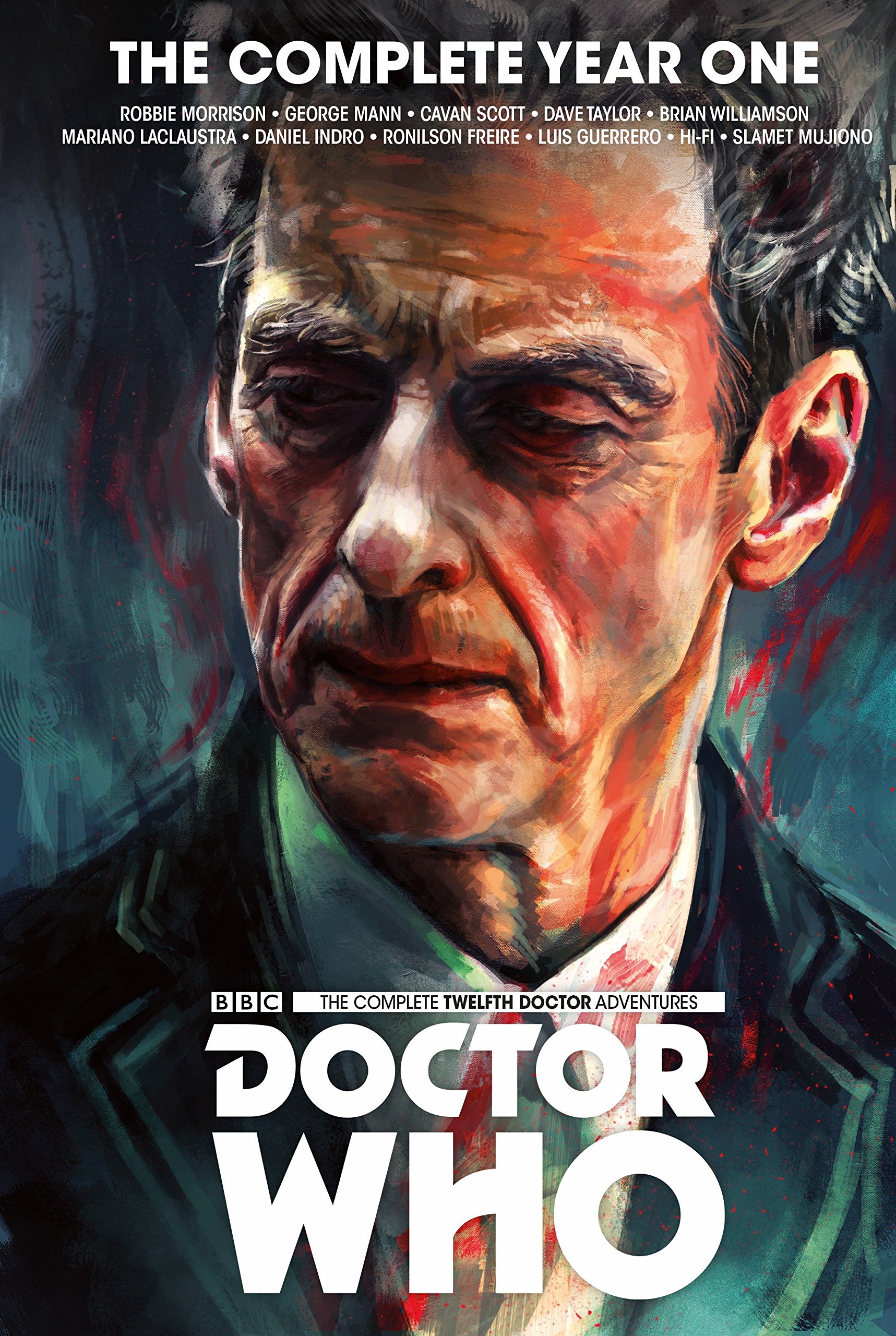 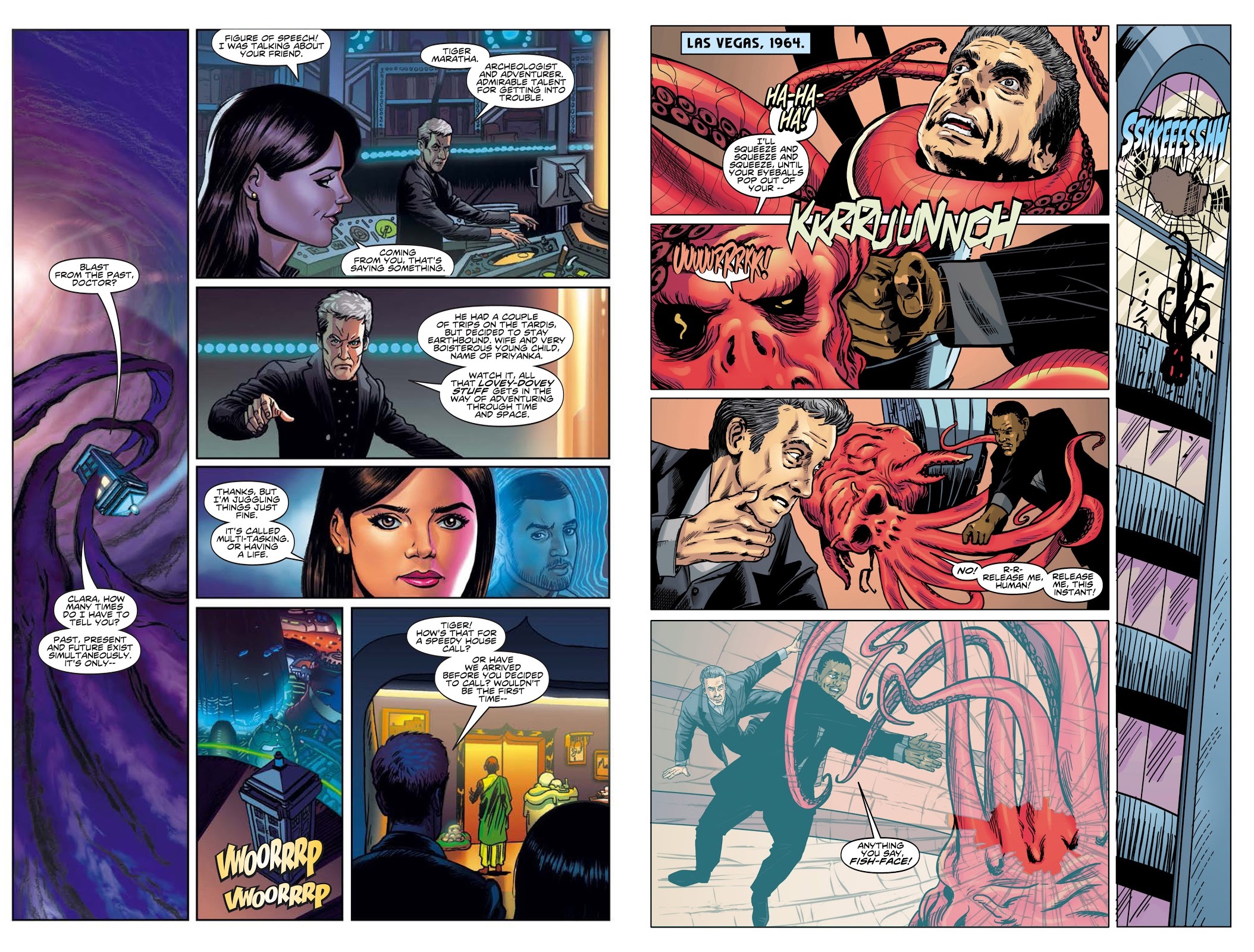 This value for money hardcover combines three paperbacks, with the plots primarily provided by Robbie Morrison, but also with contributions from George Mann. Both writers are working their way into the series and into the Doctor’s personality as interpreted by Peter Capaldi, new as the stories were being created. Morrison’s captures the character immediately, while in this material Mann doesn’t quite come to grips with the capricious aspects, although his work is limited to a short story and a single episode.

Morrison’s material spreads over several chapters, and has continuing threads. The Hyperion, for instance, a form of miniature living sun introduced in the opening story, return in quantity for the closer. He also makes constant use of the Doctor’s ability to travel through time and space, providing considerable variety. The first Hyperion story is on an alien planet, followed by a trip to Mumbai in 2314 (after a stop-off in 14th century Florence), present day London, Las Vegas in the early 1960s, and back to London for a devastating future. As well as shifting the locations, Morrison varies the tone of his stories. The grouchy and impatient Doctor himself ensures moments of humour even within the more serious plots, and some slip full pelt into absurdist humour. An alien plot to subvert Las Vegas is Morrison’s version of Mars Attacks, very funny with good use of assorted early 1960s celebrities, including the restoration of Sonny Liston’s credibility.

In addition to capturing the character and dialogue of the twelfth Doctor, Morrison’s also good with Clara’s essentially proactive and resourceful personality, and he provides her with well scripted pomposity-pricking responses. The feel of the lead characters is also important to the work of several artists. Brian Williamson (sample art right) is the best on that score, rarely producing an illustration that doesn’t resemble the actors, yet Dave Taylor (sample art left), the most gifted and decorative artist overall, produces more generalised approximations rather than precise representations. There’s a stiffness to Mariano Lacaluastra’s versions on his first story, but the cast look more natural on his second and Daniel Indro’s versions are looser and more attuned to Taylor’s approximations. All produce good pages, with Taylor’s work standing out as the most ornate, with the vivid colouring of Luis Guerrero contributing to a stunning portrayal of India.

Mann’s opening short story is very much filler, based on the unlikely idea of Clara concerned about her capabilities as a companion to the Doctor. His longer tale set in the 18th century is more inventive and truer to the characters, but with a twist ending that many will see coming.

Both Mann and Morrison up their game for the work destined for the Year Two collection. Alternatively this content is available in paperback as Terrorformer, Fractures and Hyperion. 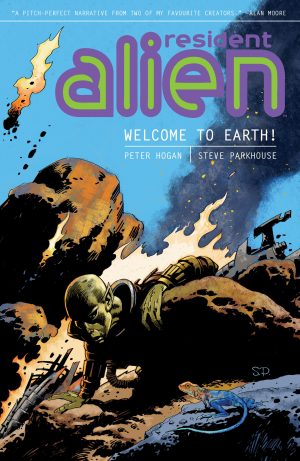 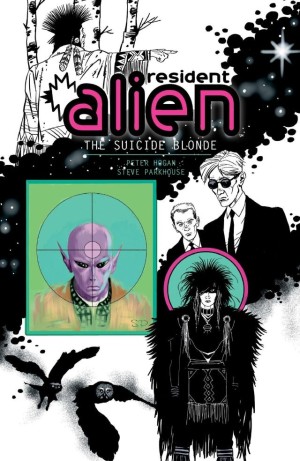 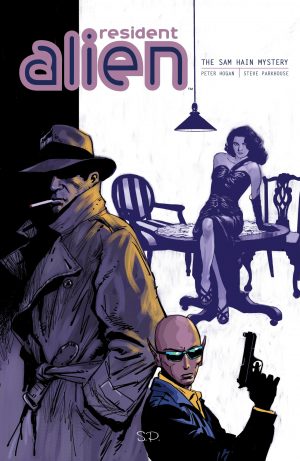 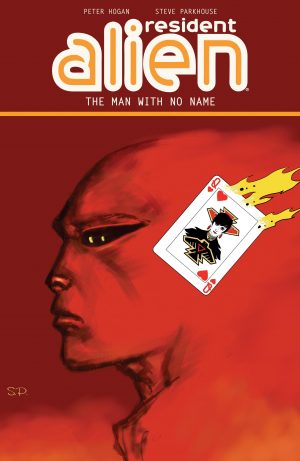