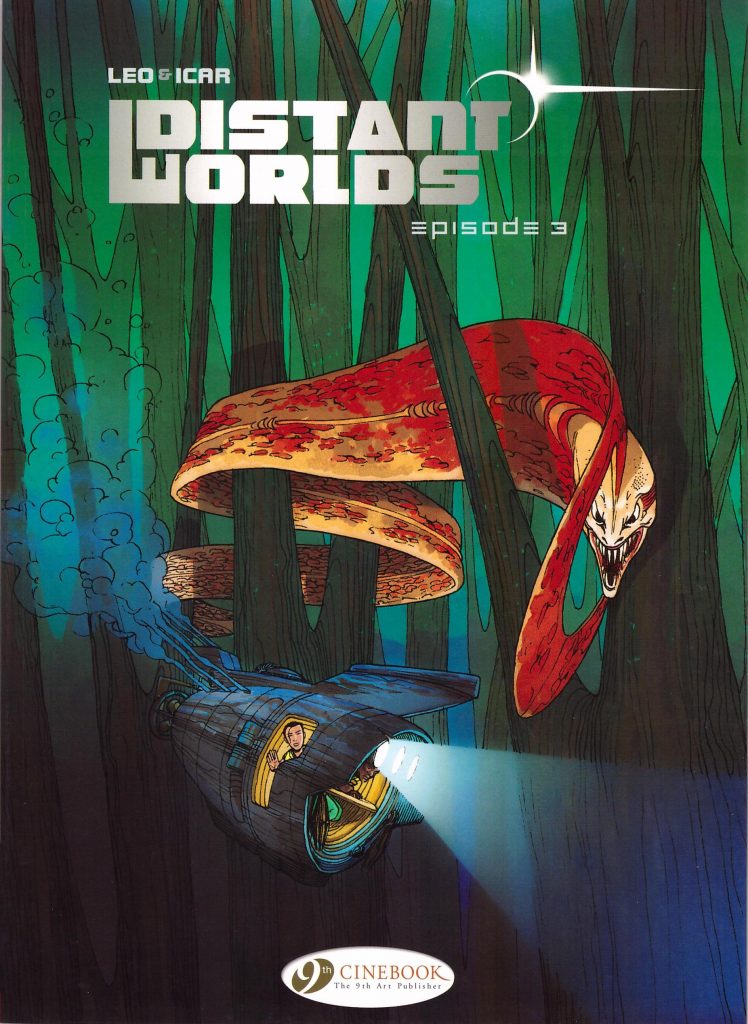 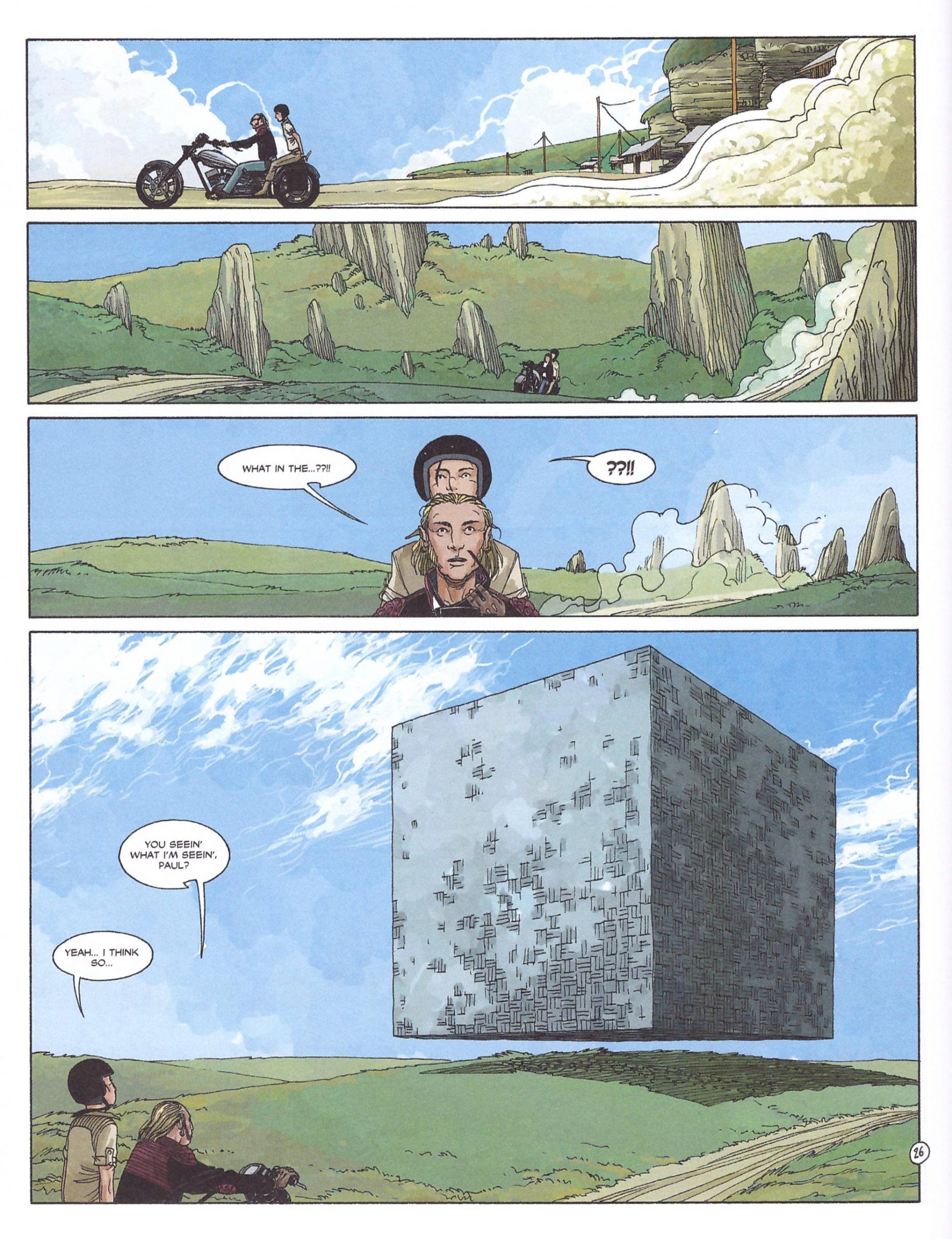 With Episode 3 writer Leo feeds an ecological theme into his science fiction story, as stocks of a valuable natural resource are deemed to be diminishing due to over-intensive farming methods, with the government turning a blind eye. However, being consistent with a two steps forward one step back policy almost wilfully applied to Distant Worlds, a few pages later Leo’s introducing some positively stone age ideas about women.

Paul Clauden is still trying to find his father, following one disappointing lead to the next, all the time growing from the eighteen year old who first landed on Altair. As seen in Episode 2, he’s survived several life-threatening frights, and shortly into Episode 3 has developed the confidence to see to another himself. It’s a convincing aspect of a series that often fails to convince, plunging down that hole again, the worst offence being near the end when a father happily agrees to his daughter being the model for a holographic strip show. Worse still, she works in the same bar. Even leaving aside plentiful moral objections, isn’t that just going to endanger the daughter in a rowdy backwood port? As with earlier aspects of characterisation, Leo’s ideas can be disturbing.

If Leo disturbs in a questionable way, artist Icar has upped his game with the introduction of the Swinerays, flat out the most unsettling hybrid creatures yet seen in Distant Worlds, and that’s including an earlier attempt at a holographic stripper. It’s a shame their appearance is just a cameo. Icar has become a better artist as the series continues. Starting from a position of strong world building, his people have improved, and he distinguishes them well, some here having real character to them.

As in previous episodes, the journey is the priority, any mystery only there to propel it in order that our sense of wonder is activated alongside Paul. A shock ending is pretty well a guarantee of making Episode 4 a must by for anyone who’s followed the series from the start.