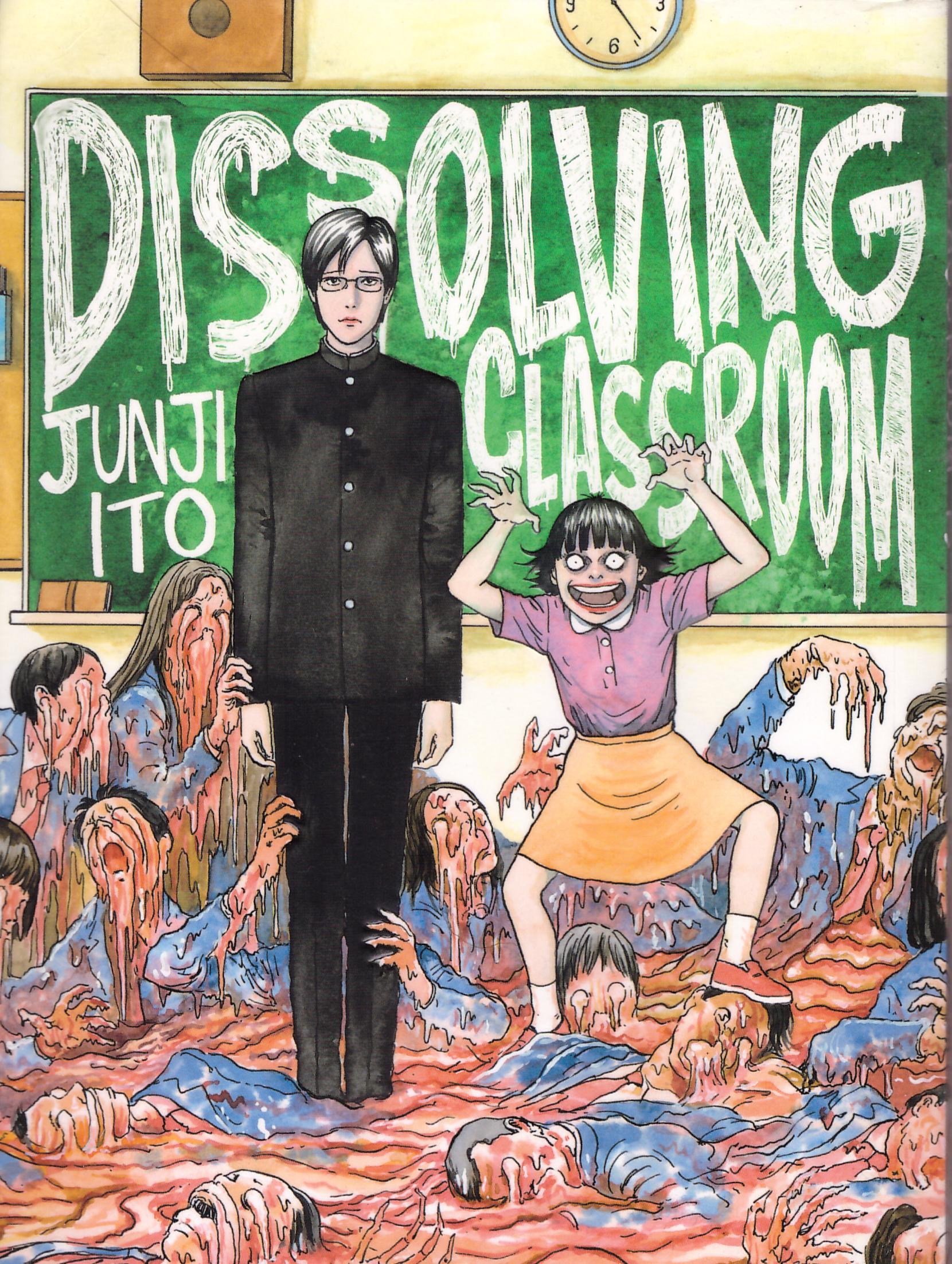 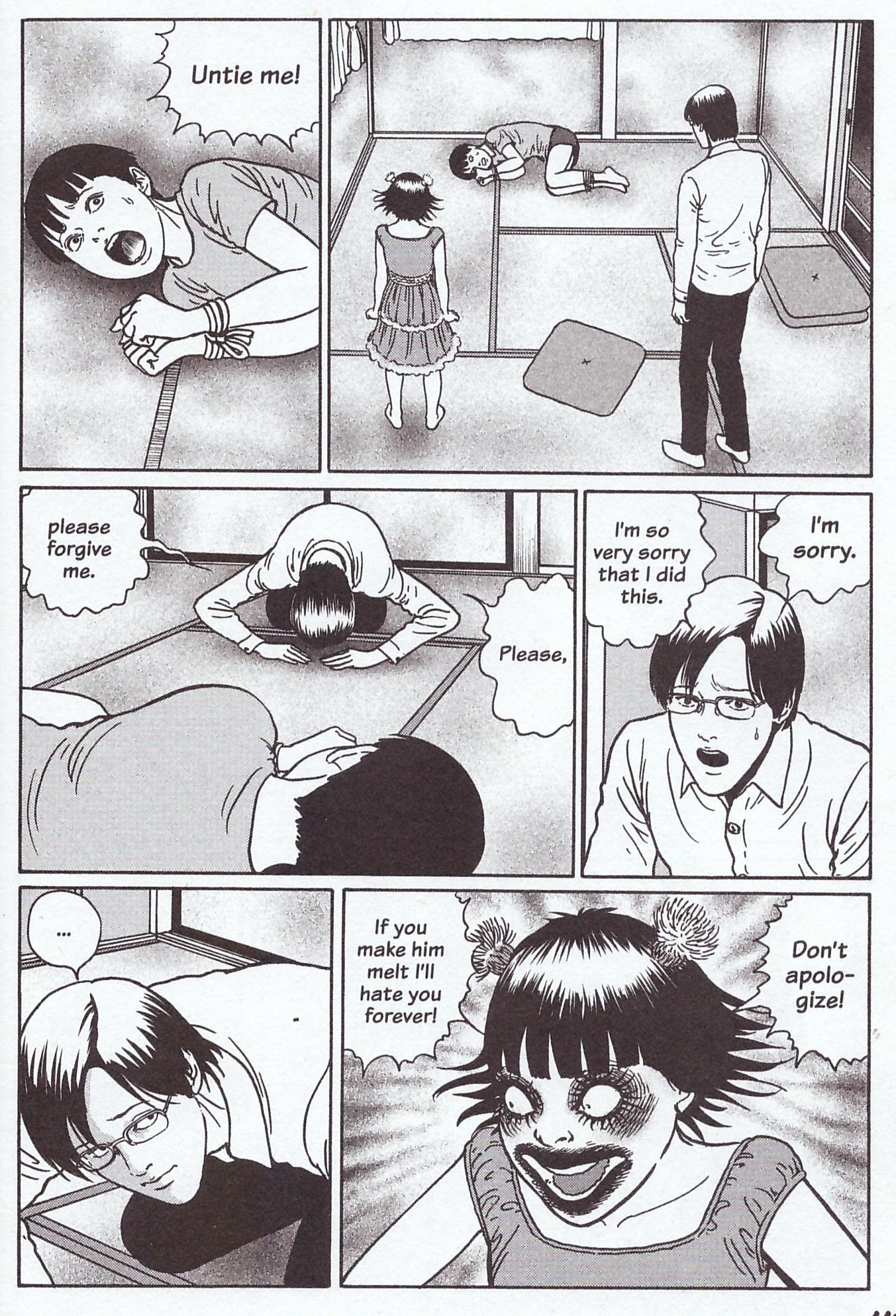 In the first of seven short stories Yuuma Azawa is introduced to a class of teenagers as a new student. He immediately begins apologising, and continues to apologise in a dramatically over the top fashion, falling to his knees and bowing. Seeing someone prostrate themselves and continually apologise is far more unsettling than might be assumed, and here’s the thing, he’s not the creepiest in his family. Midway through the opener we meet Chizumi, a horrific little girl who talks of wanting to suck brains out. She’s brilliantly depicted by Junji Ito, her wide and manically staring eyes ringed with black and what’s almost a rictus grin always stitched to her face. The pair live alone, so what’s happened to their parents? How come disaster always follows in their wake? Who are all those melting people on the cover?

By Dissolving Classroom Junji Ito had a thirty year career behind him working exclusively with horror, best known for his début series Tomie, about an immortal succubus who drives humans into a violent frenzy. He knows how to creep people out, and achieves this again and again with this collection. Chizumi is what she seems, but the apologetic Yuuma has secrets, and over the individual short stories these are revealed, providing an interesting contrast in presentation.

The same applies to Ito’s art. The everyday sequences are illustrated very well in a standard, almost staid style of Japanese naturalism, but when the horror sequences occur Ito morphs into cartoon mania. The melting on the cover occurs frequently, and even worse are the Basil Wolvertonesque monstrosities he constructs for a story about Yuuma’s girlfriends and their ghastly fates.

Throughout his career Ito’s also contributed one-off horror stories to anthologies, and a couple of these fill out the book, unconnected to the main feature. The second, concerning a class of school children missing in the woods, is much in the mode of the remaining material, but the first is a complete contrast. It evokes the horror of loss, of the irreplaceable, and is creepy in an entirely different manner. It’s excellent, but a strange choice for inclusion when Ito’s produced so many short horror pieces, many of which would be nearer the tone of the feature strip.