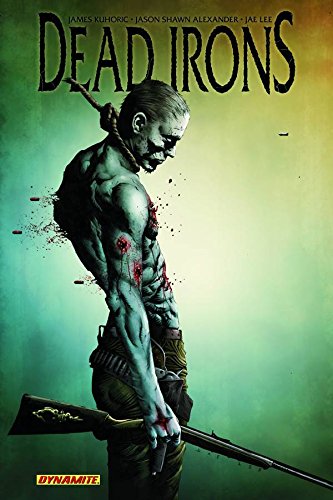 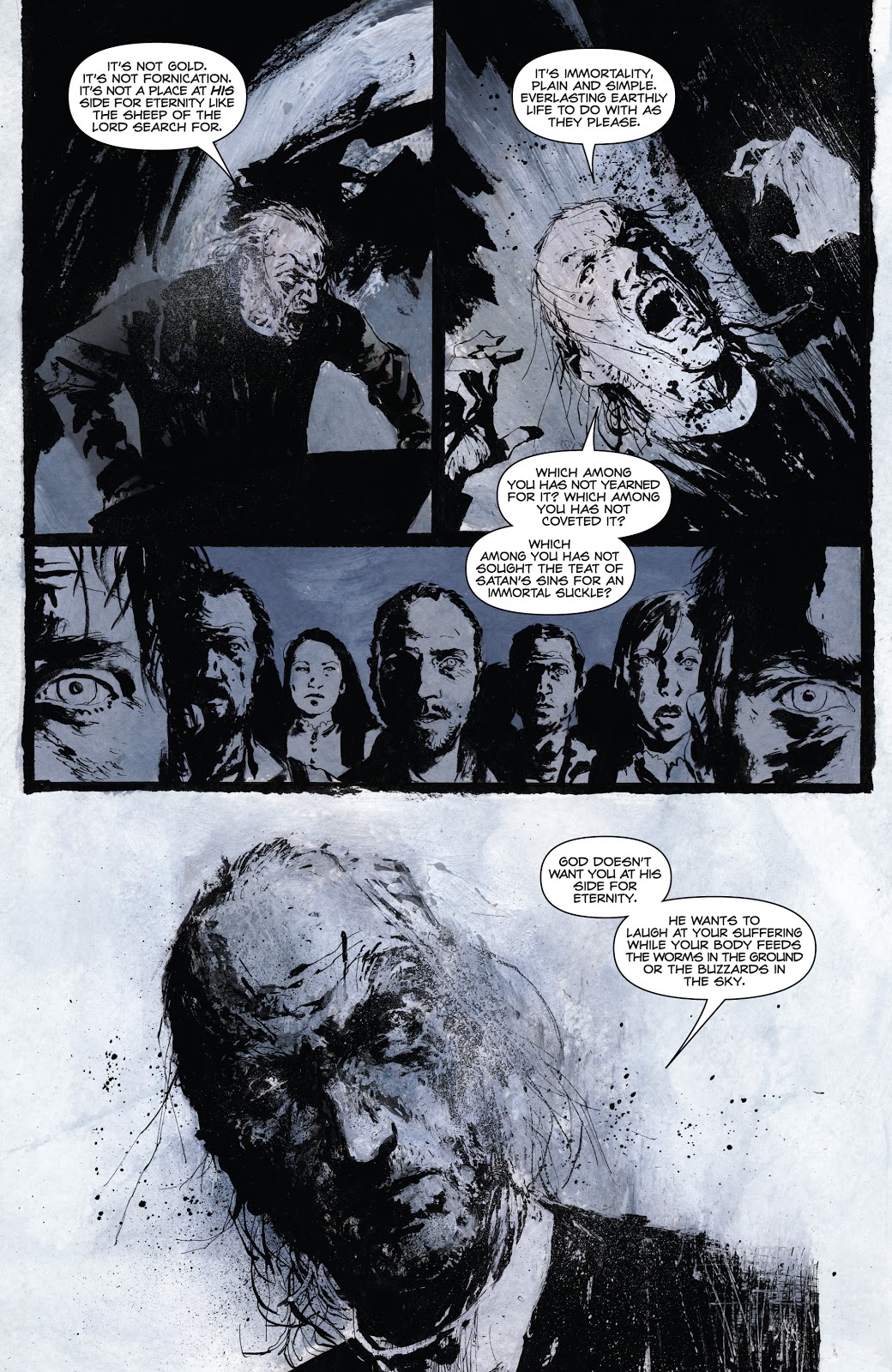 Dead Irons hasn’t received its due acclaim. The supernatural Western isn’t a genre with an overflowing availability of graphic novels (see recommendations), so it might have been thought that James Kuhoric and Jason Shawn Alexander’s collaboration would be both better known and have a higher reputation.

It concerns a family team of bounty hunters with the advantage of all having supernatural abilities, and lacking the conscience that would enable those abilities to be humanely used. People are largely prey to them, it’s just that killers with a bounty are prey that come with a monetary reward. Kuhoric ties this in with a brutal upbringing intended to demonise what are already labelled spawn of Satan, but only one of the family remains on the right side of the tracks, and he’s dedicated to hunting his siblings down.

Sometimes credited as plain Jason Alexander, Jason Shawn Alexander matches the sparse script with art emphasising people in isolation, occasionally coming together, frequently in violence. His people are blank eyed and haunted, and the blue/grey wash he dowses them in accentuates that, and ensures the use of red for blood, eyes and messages really stands out. The sample page provides an accomplished portrait of a memorably scabby preacher, and several other portraits follow, each of them as character-rich. The collection also supplies Jae Lee’s original character designs and the covers he drew for the serialised comics, all lovely, delicate and haunting work.

The past determines the present in Dead Irons, and over the first two chapters there’s too much switching back and forth when a single chapter set in the past would have been more effective. Everything else works neatly. It’s a simple story, simply told, but one oozing atmosphere and savagery, and conforming to Kuhoric’s back of the book claim of aiming for something that united The Good, The Bad and The Ugly with The Exorcist. A constant sense of foreboding accompanyies the brief pauses between outbreaks of violence. It’s horrible stuff with few redemptive qualities, but also compelling and with a clever twist right at the end. Supernatural Western graphic novels don’t come much better. 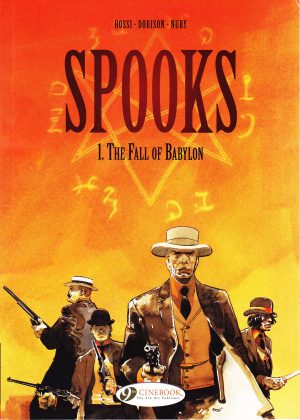 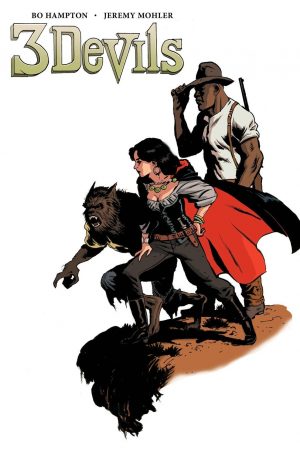 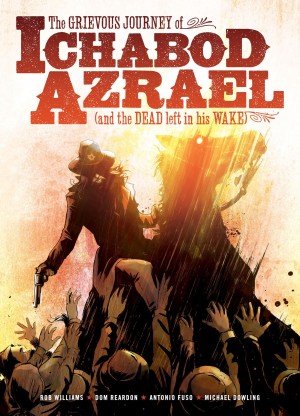