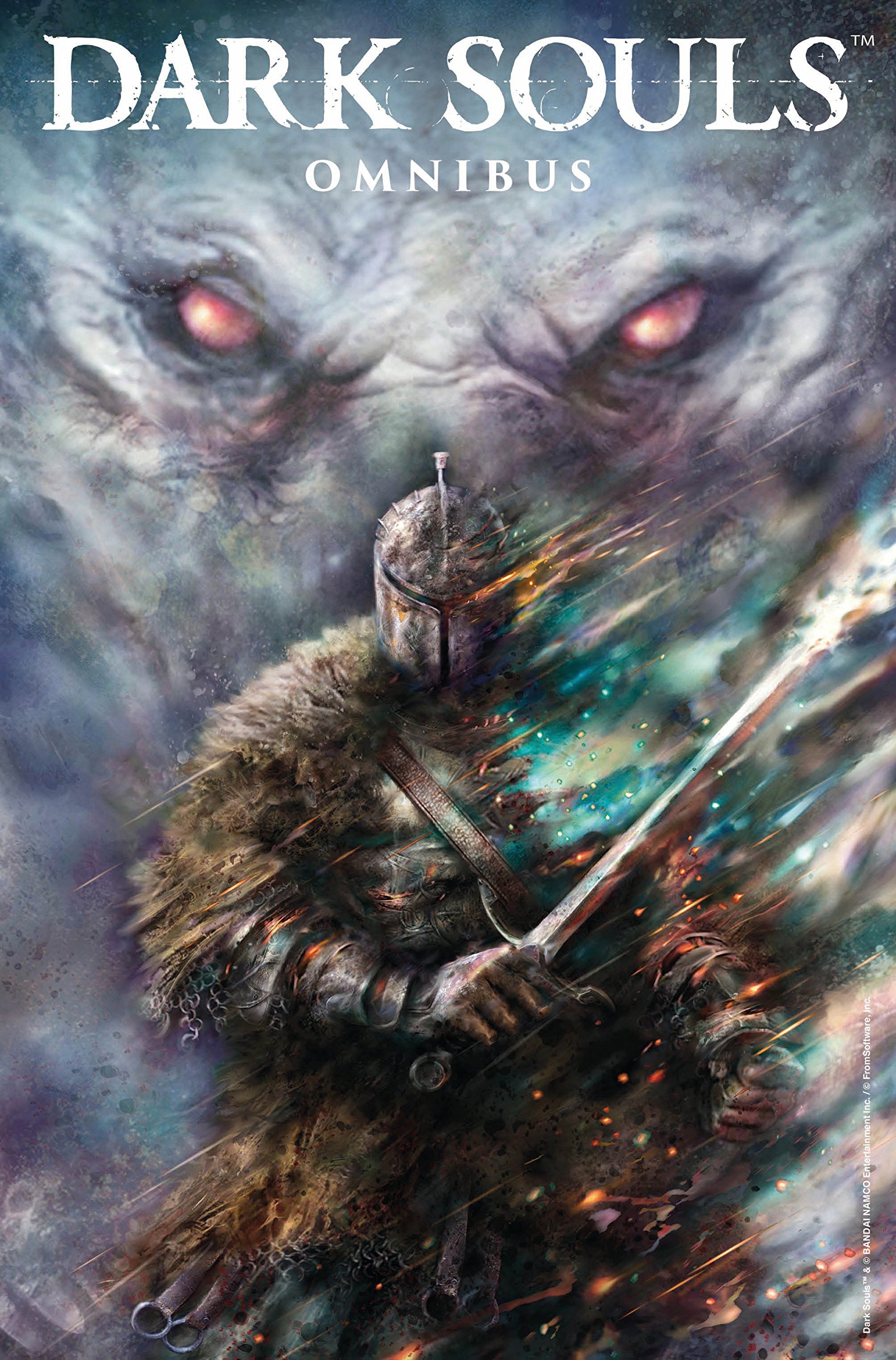 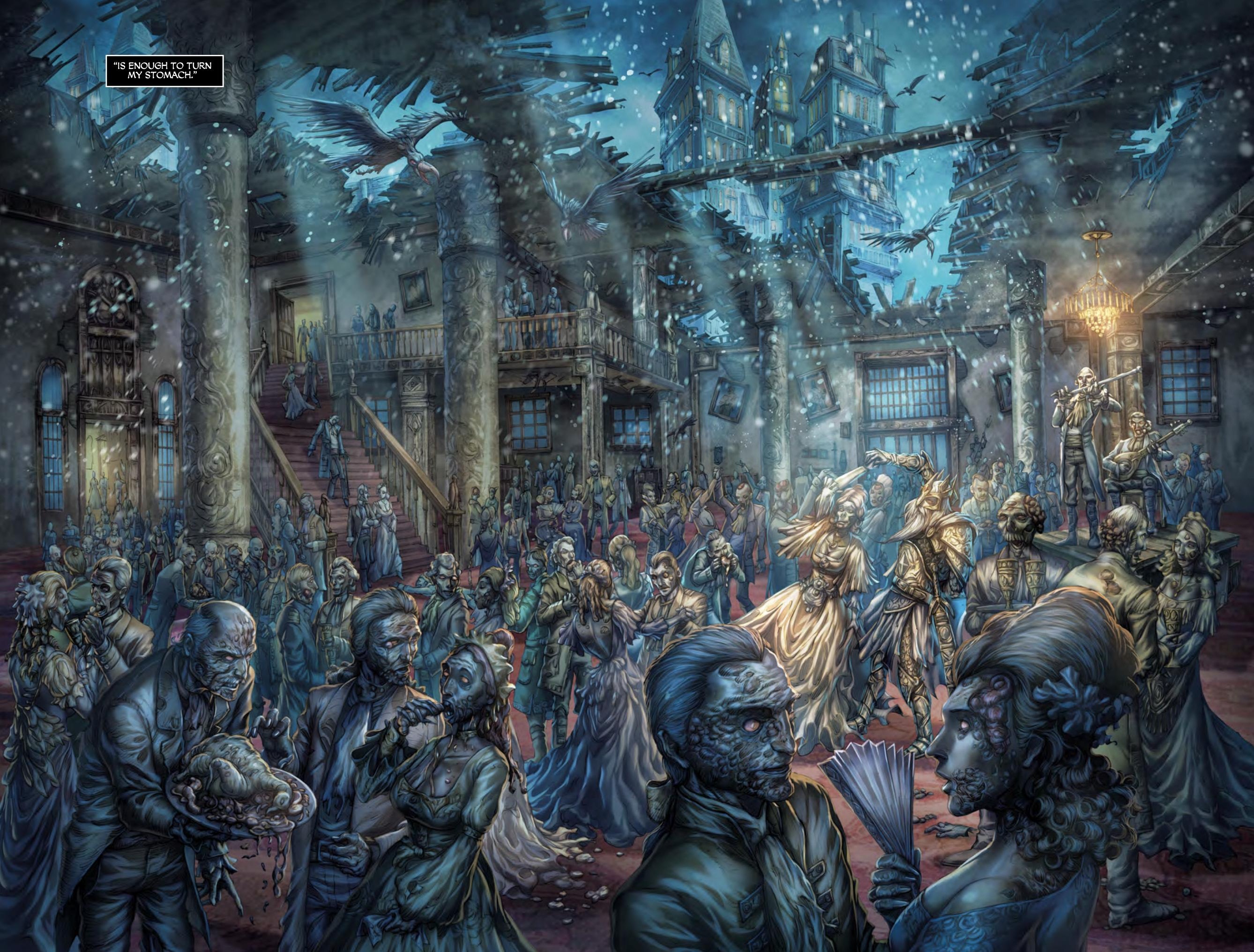 For those who aren’t addicts, Dark Souls is a hugely successful videogame in which the player has to contend with a world of the undead during vaguely medieval times, and attempt to change that world. The eerie atmosphere is something any halfway decent artist ought to be able to reproduce, but the deliberately vague and confusing environment makes for fantastic gameplay, but is less easily transferred to the comic format.

Much of that is rendered irrelevant when you have an artist on board oozing quality. Alan Quah draws both longer stories here, available separately as The Breath of Andolus and Winter’s Spite, and one of the many shorts that close the collection. As seen from the cover, Quah can produce a magnificently noble portrait, but he has his nasty side, and his monsters and undead are imaginatively designed to instil the thrill of fear, and they populate magnificently realised landscapes and locations. This is more readily obvious from the second story, with the chill of perpetual winter enforcing every aspect of that reality. Quah sets the scene, but with less attuned colouring than that of Norah Shore and Sean Lee he might not look at his best. With them, his work is a visual tour de force from first page until last. Just take a look at that zombie ball in the sample art.

Primary writer George Mann takes time to settle, and actually disappoints to begin with. His first story never strays from fantasy cliché, and while some elements have to be defined by keeping to the parameters established by the game, he nonetheless never stretches creatively. That he can be more original is established by Winter’s Spite, when he takes the same standard plot of a first person narrative sword and sorcery quest, and supplies a far more intense and satisfying experience. There’s also an appropriate creative darkness to some of his short stories, which stand out from those by others, the best being framed as a form of medieval street play.

That’s beautifully drawn by Piotr Kowalski, the horror coming through despite the lack of action and none of the usual game surroundings. Equally impressive is Daniele Serra, taking a gloomy, spiky painted approach and restricting his colours to sepia for the period feel. The combination of Michael Walsh and Dylan Burnett is the best of the more traditional linework. However, these short stories, first published as Legends of the Flame, are generally low on creativity, with the poorest being little more than space filler.

As it’s Quah’s work providing the towering highlight, fantasy horror fans not infatuated with the world of Dark Souls are advised to skip this and just pick Winter’s Spite as an individual collection. 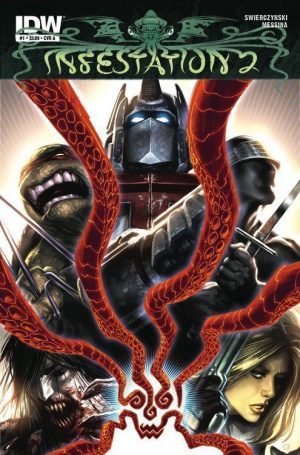 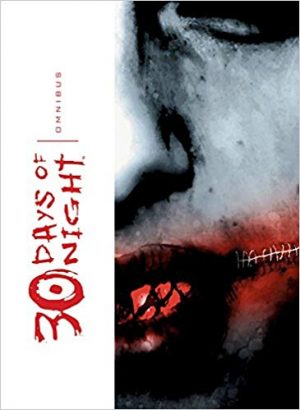 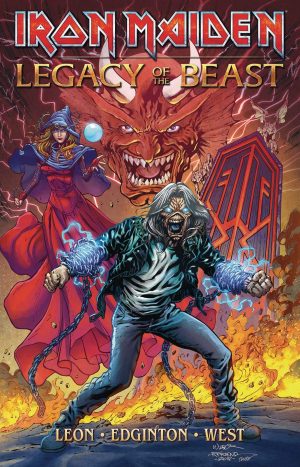