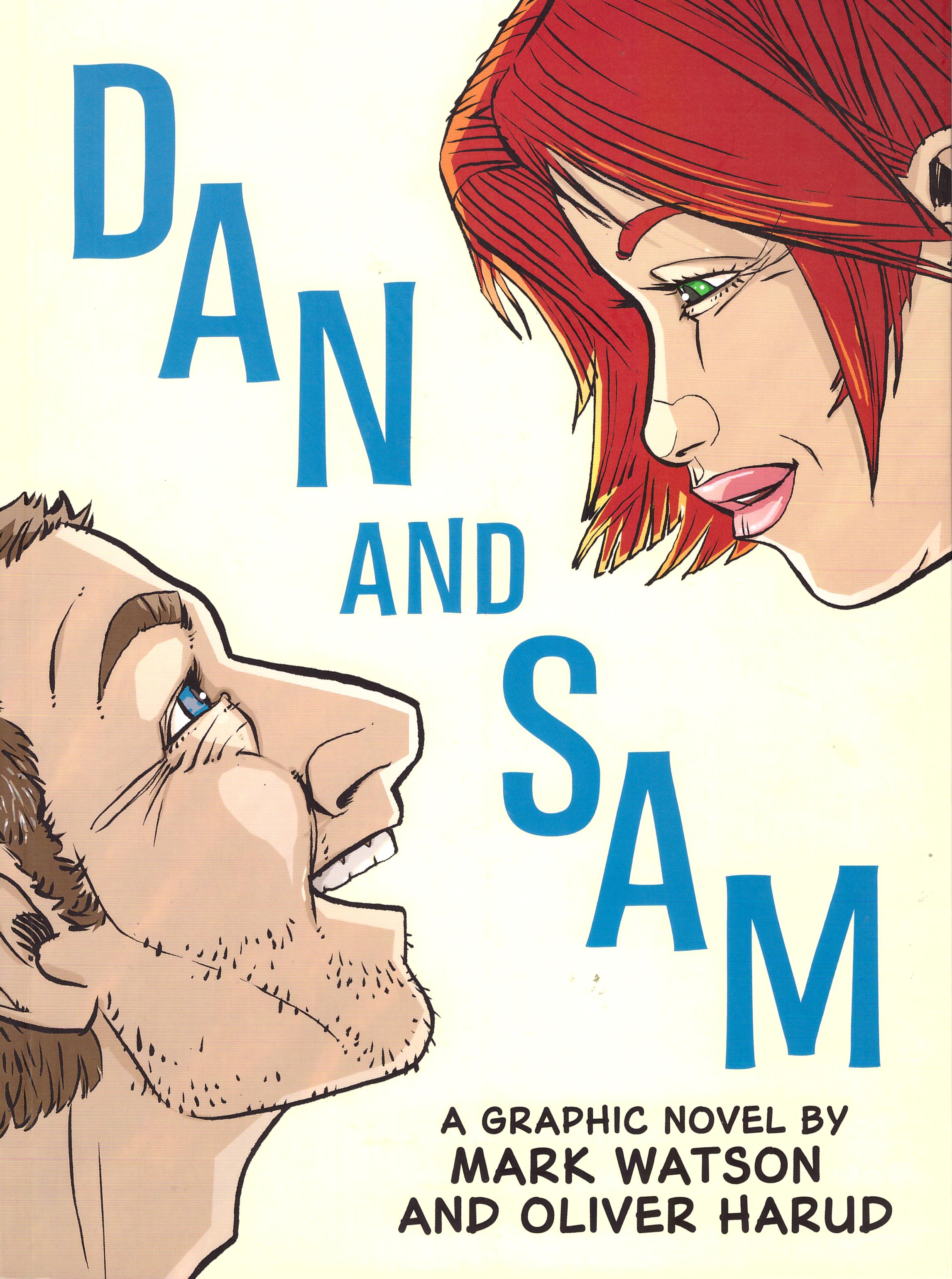 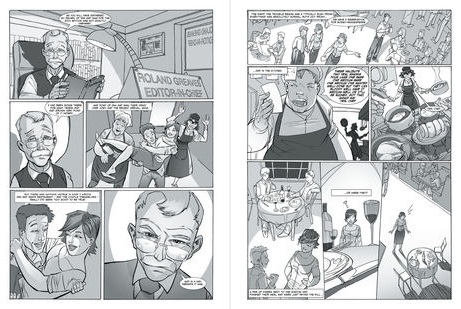 Dan and Sam proves talented creative minds can combine for an effective graphic novel whether or not they’ve previously worked with comics. Mark Watson’s primarily known as a stand-up comedian, but has a backlist of several novels, while Oliver Harud’s background is commercial art. Both display an instinctive understanding of what comics can do, and there’s no awkwardness applying their talents from other disciplines to the form.

In 2001 Dan and Sam are a couple utterly absorbed with each other, and with running a restaurant noted by a reviewer as the best kept secret in London. They’re attentive, appreciate their clientele, and they’re happy. Truly happy. Watson’s stage personality is introspective, but that extends beyond his comedy routines, on view via his participation in the likes of Taskmaster, and it’s a valuable device in bringing the cast to life and giving them distinctive personalities. There’s a depth unusual for someone writing their first graphic novel, with each of the seven main characters having a unique voice from the superbly irritating waitress Paloma to the nervous restaurant critic Roland Greaves, providing the narrative captions. Dan himself is deftly presented, not seeing the wood for the trees, and tortured by putting his life on hold, while Watson is adept at skimming through lives via highlighting a series of incidents over a page. As magical realism is a literary form most associated with late 20th century South American novelists, it’s interesting and unusual to see it applied to 21st century London. The story concerns the process of letting go while still being true to yourself and what you’ve shared, and that’s well developed.

Harud’s art has a European look to it, packed with detail and expressive characters, but the grey wash used for most of the book doesn’t do it any favours, rendering it duller than it should be. The style is deliberate, as Watson’s innovative in experimenting with form, leading to Dan and Sam exploding into lively and effective colour on occasion, showing Harud’s talent far more effectively.

Dan and Sam is a thoughtful, character-rich comedy drama, the sort of story you can easily imagine being a Brit-flick movie. Perhaps that was the original intention, and this is just elaborate storyboards. There is a predictability, but at the same time Watson’s laid the groundwork so well, the story goes where any reader with a heart wants it to head, but that doesn’t mean it won’t bring the intended lump to your throat. Yes there is some contrived sentimentality, but overall it’s a nice surprise.