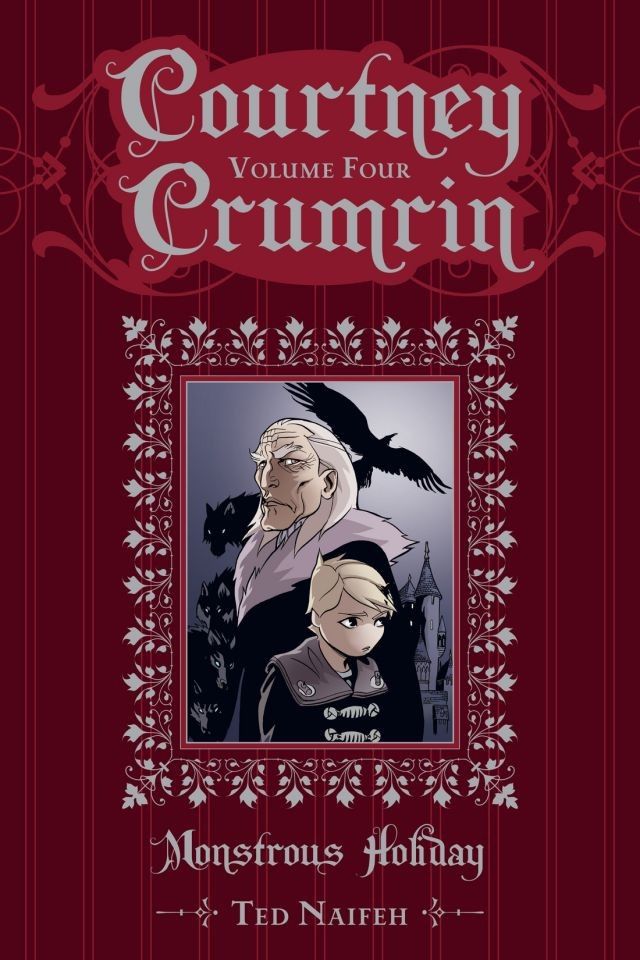 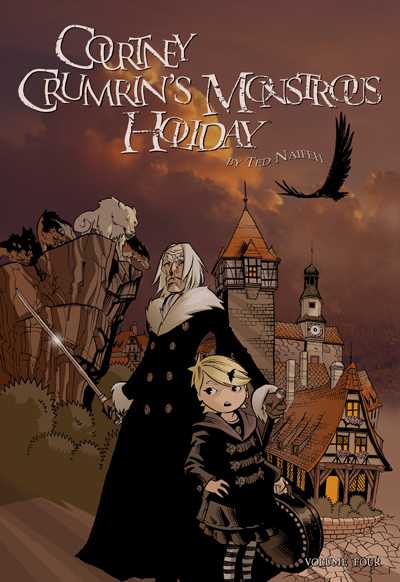 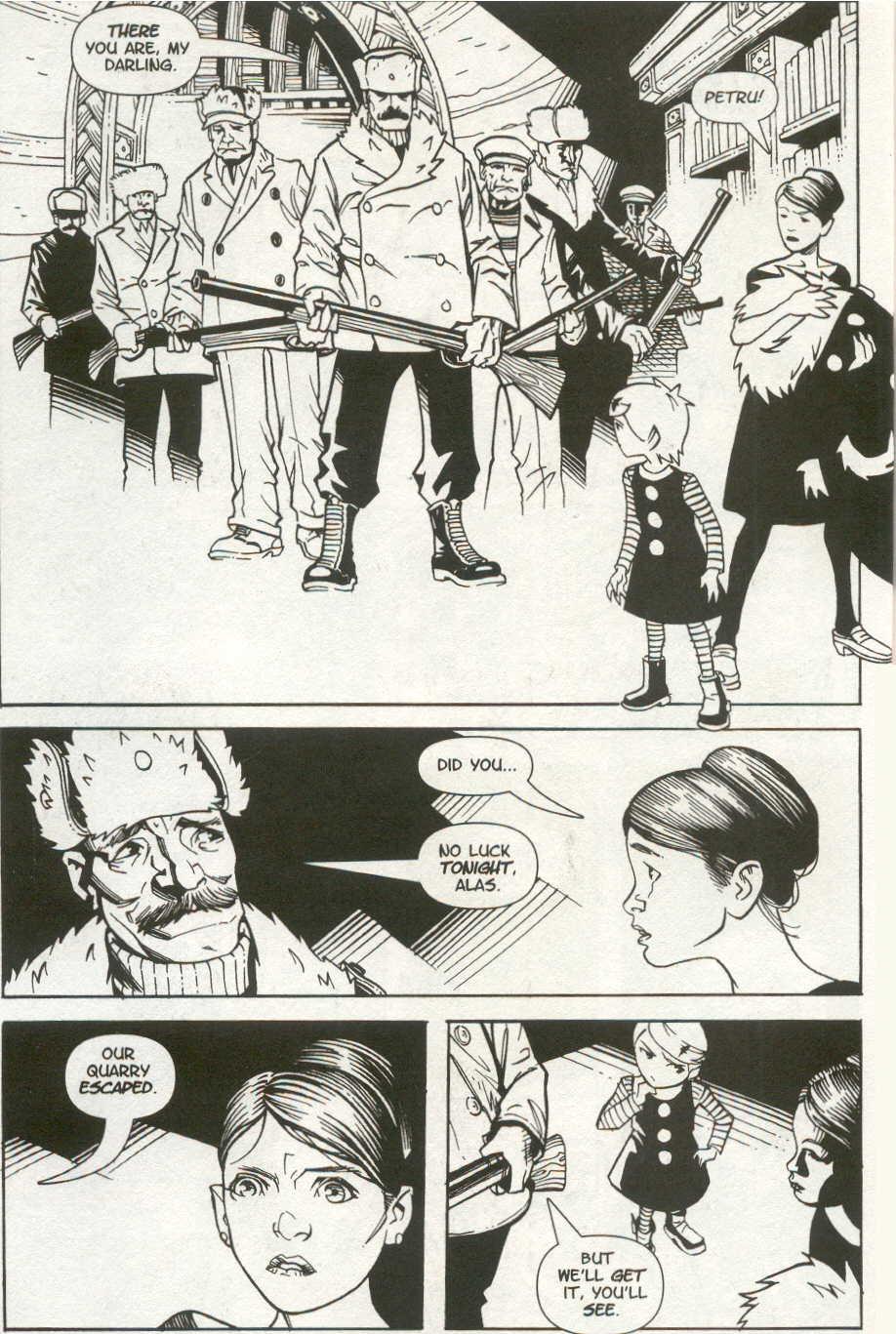 This collection features two slightly longer than usual Courtney Crumrin stories, both occuring as she travels in Europe with her Great Uncle Aloysius.

‘The Fire Thief’s Tale’ places them in Eastern Europe, visiting Alexi Markovich. There’s a bond between Alexi and Aloysius, but to begin with no-one else is very pleasant, Aloysius in fine dismissive form and Courtney scolded early. It’s a clever story with threads snaking back into early history, but in other ways very modern, with scenes of the town bully going about his business. Aloysius attempts to impress that other people’s affairs should be private, but that goes against Courtney’s fundamentally inquisitive nature and a spirit demanding justice and fairness.

A device Naifeh frequently uses in Courtney Crumrin recurs, that of Courtney being given an incomplete story, which by now pretty well guarantees she’ll start investigating. This has been a deliberate motivation in the past, but on this occasion it isn’t, and it’s a flaw in a melancholy tale of love, loss and persecution that otherwise works well.

‘The Prince of Nowhere’ returns Aloysius and Courtney to Germany, to an area that was once its own principality, and in the sixteenth century ruled by Lady Krumrhein who was obsessed with immortality. Courtney is more concerned with loneliness, as the imperious Aloysius is far from an ideal travelling companion, but she finds a friend and learns of impending tragedy. It’s another good story, and interesting for Naifeh investigating the workings of magic, determining how far belief has a part to play, and how God and magic can intersect.

Although dealing with horror, in a tempered fashion, both stories have a greater fairy tale quality to them than usual, Naifeh accentuating moral messages and setting both in locations that also house fairy tales. The glum mood never really dissipates, but it’s balanced by the precise and decorative art.

There’s a progression throughout both stories as the neglectful manner in which Courtney has been treated come home to roost. This plays out in ‘The Prince of Nowhere’, giving the story a powerful dramatic pull, and the stronger emotional content makes it the best Courtney Crumrin to date. The series continues in The Witch Next Door.