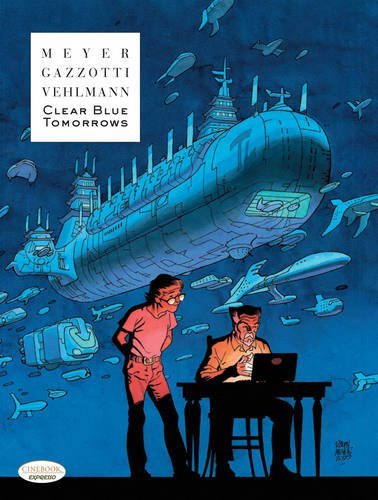 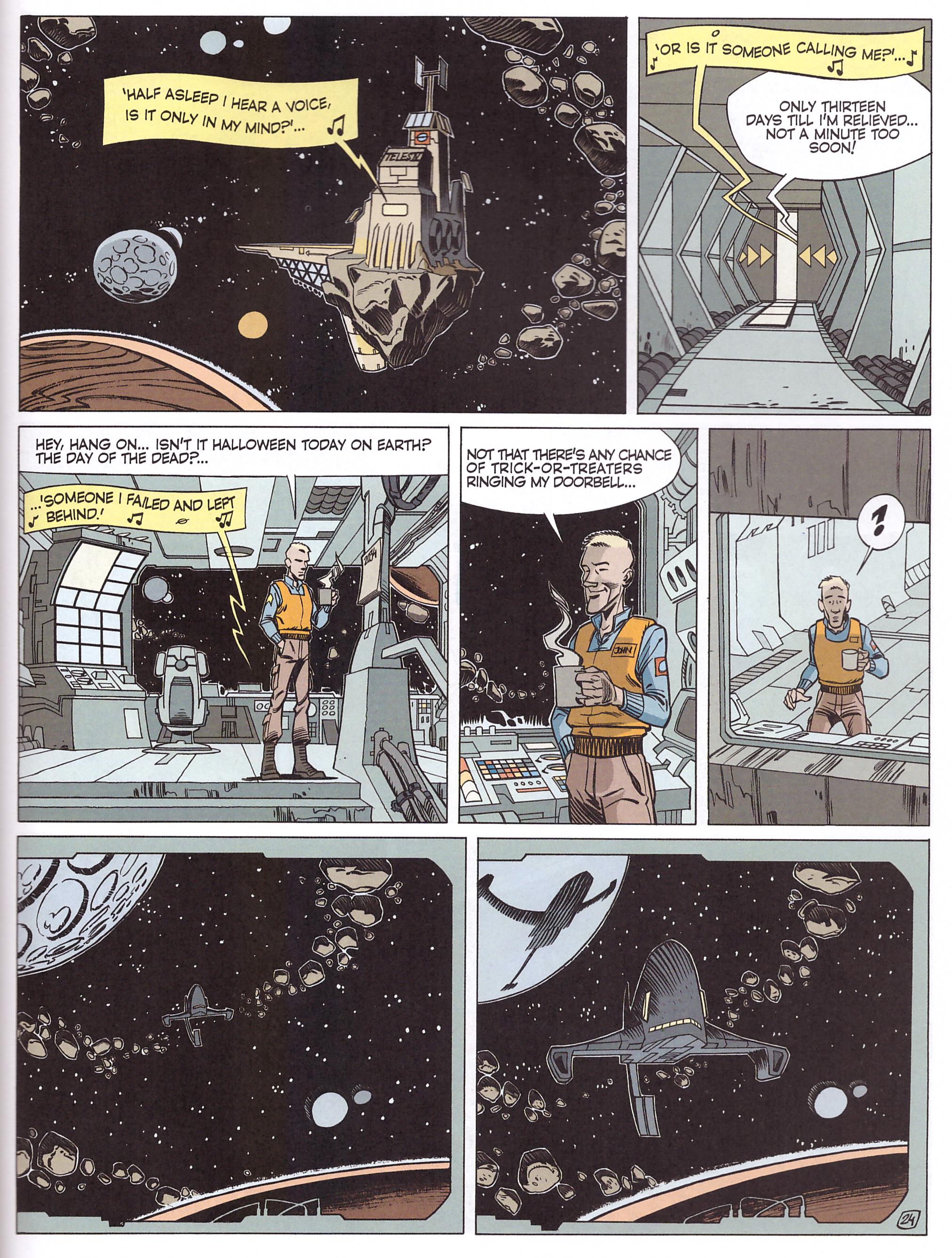 Under their Expresso imprint Cinebook issue standalone graphic novels, although that term could equally apply to numerous individual volumes of their series, it’s just these don’t feature recurring characters. Clear Blue Tomorrows is science fiction, beginning in a future effectively controlled by a single man.

Fabien Vehlmann’s framing plot is well conceived and concisely set up on the opening two pages. Businessman F. G. Wilson’s technology prolongs life via synthetic organs and a cerebral chip optimising mental and physical abilities. That’s implanted at birth as standard, and it has further aspects, one of which is preventing anyone on the planet harming Wilson. Separately, an engineer named Nolan Ska has perfected time travel, has decamped to the present day, and intends to change the course of history. This isn’t via anything as sordid as murdering Wilson. Instead Ska intends to help him achieve the literary acclaim he dreamt of before climbing the corporate ladder. There’s a snag: “How could I have been naive enough to believe Wilson’s official biography when it spoke of literary genius?”

That, however, is just the introduction to the framing sequence surrounding a bunch of short and imaginative science-fiction sting in the tale stories, similar to those published by EC in the 1950s, or 2000AD since the 1970s. These are all superbly drawn by Ralph Meyer and Bruno Gazzotti, a team capable of bringing life to any environment in a gently exaggerated cartoon fashion and who are very good with motion. The best of the short stories is layered, with the fate of a virtual galaxy dependent on a game player being able to charge his equipment during a power cut. It stands above the others via a genuinely surprising ending that plays against type.

It’s the story of Wilson and Ska that’s the strongest overall, interludes featuring them splicing the short stories. Wilson might not yet be a power to be reckoned with, but all the success of ‘his’ writing hardly renders him an acceptable human being. Vehlmann, however, has one final surprise awaiting.

Anyone who likes their science fiction with a little thought applied and funny touches could do far worse than Clear Blue Tomorrows.