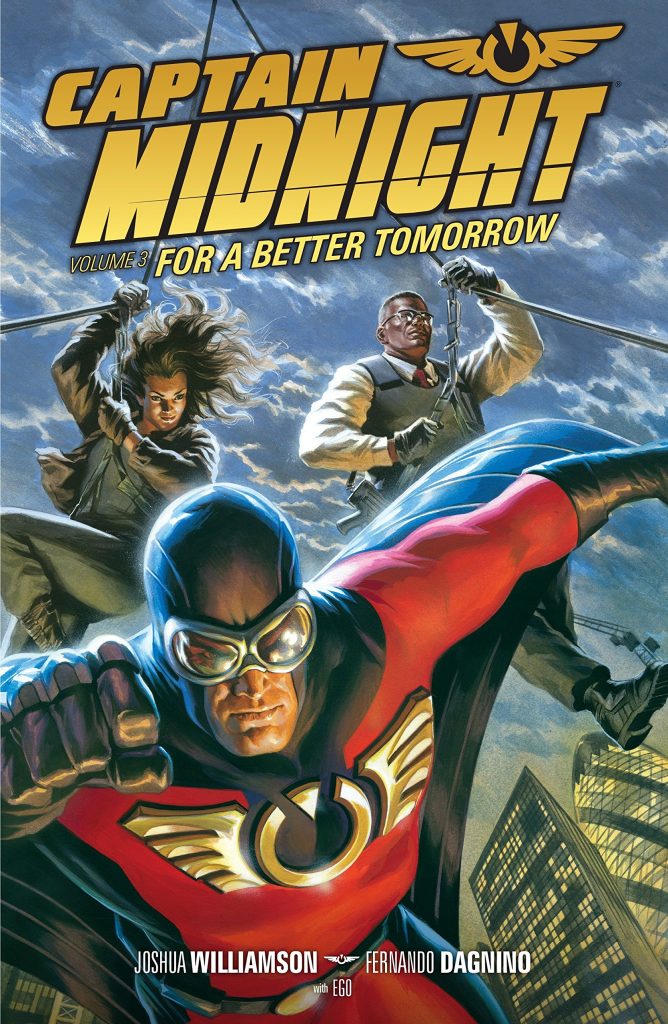 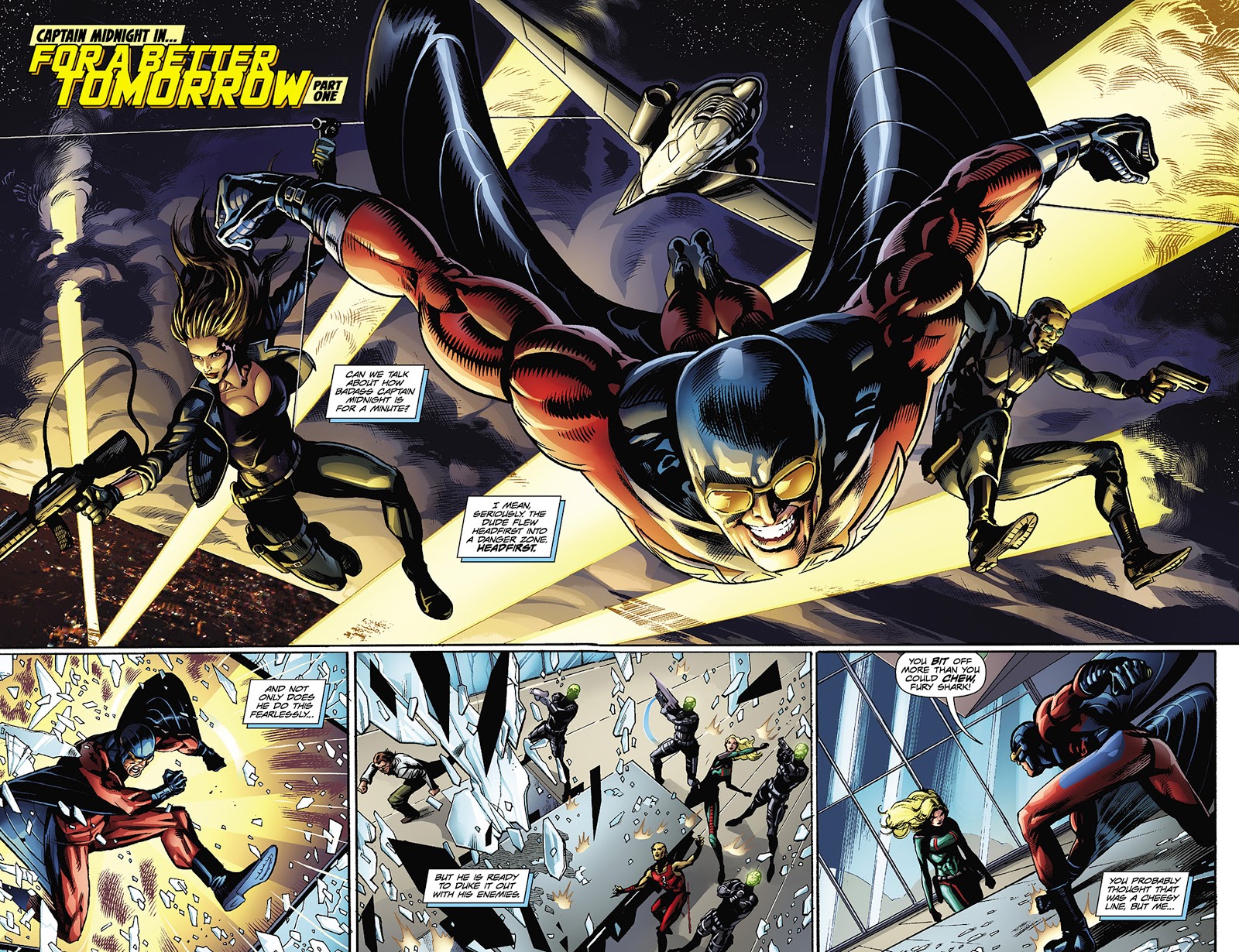 It didn’t take Captain Midnight (Jim Albright) long after his jump to the 21st century to discover that Fury Shark founded Sharkbyte Industries with technology stolen from him in 1944, and after making some other discoveries, he’s concluded direct action is his best plan. Early in For a Better Tomorrow he takes that step.

Just as Captain Midnight applying the improvisation of the World War II era to the hero game has unpredictable results, so Joshua Williamson’s plot takes us to surprising places. In Brave Old World he introduced a character with teleportation capabilities, establishing that it was adapting Albright’s technology, and here proceeds to make great use of teleportation and its application to institute defeat from victory. Also looking to the past, after two volumes Jim is finally reunited with his 1940s sweetheart Joyce Ryan, grandmother to his present day ally Charlotte Ryan, and astonishingly mobile for someone in her early nineties at best. The same can’t be said for another character of a similar age, but they’re also spry enough to make considerable trouble.

It’s nice to have Fernando Dagnino back on the art. He pitches it just right, not overselling the melodramatic 1940s elements Williamson includes to pay homage to Captain Midnight’s radio serial past, and delivering page after solid page of action art. He’s obviously having fun when called on to design futuristic technology, and if there’s the occasional dodgy figure, it’s not frequent enough to spoil the enjoyment.

For a Better Tomorrow dispenses with one enemy and introduces another with similar capabilities and an equally ruthless attitude, one who’s lived every minute of the seventy years Captain Midnight was missing, and one with a strong emotional subtext. Captain Midnight’s continuity next dips into Two Past Midnight where he teams with modern day superheroes Ghost and X, and his next solo graphic novel is Crash and Burn.