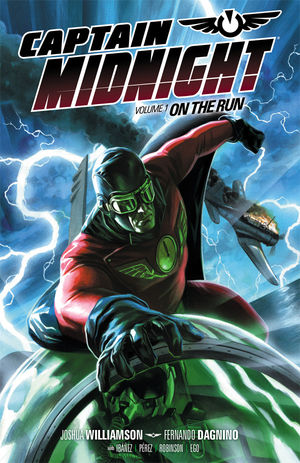 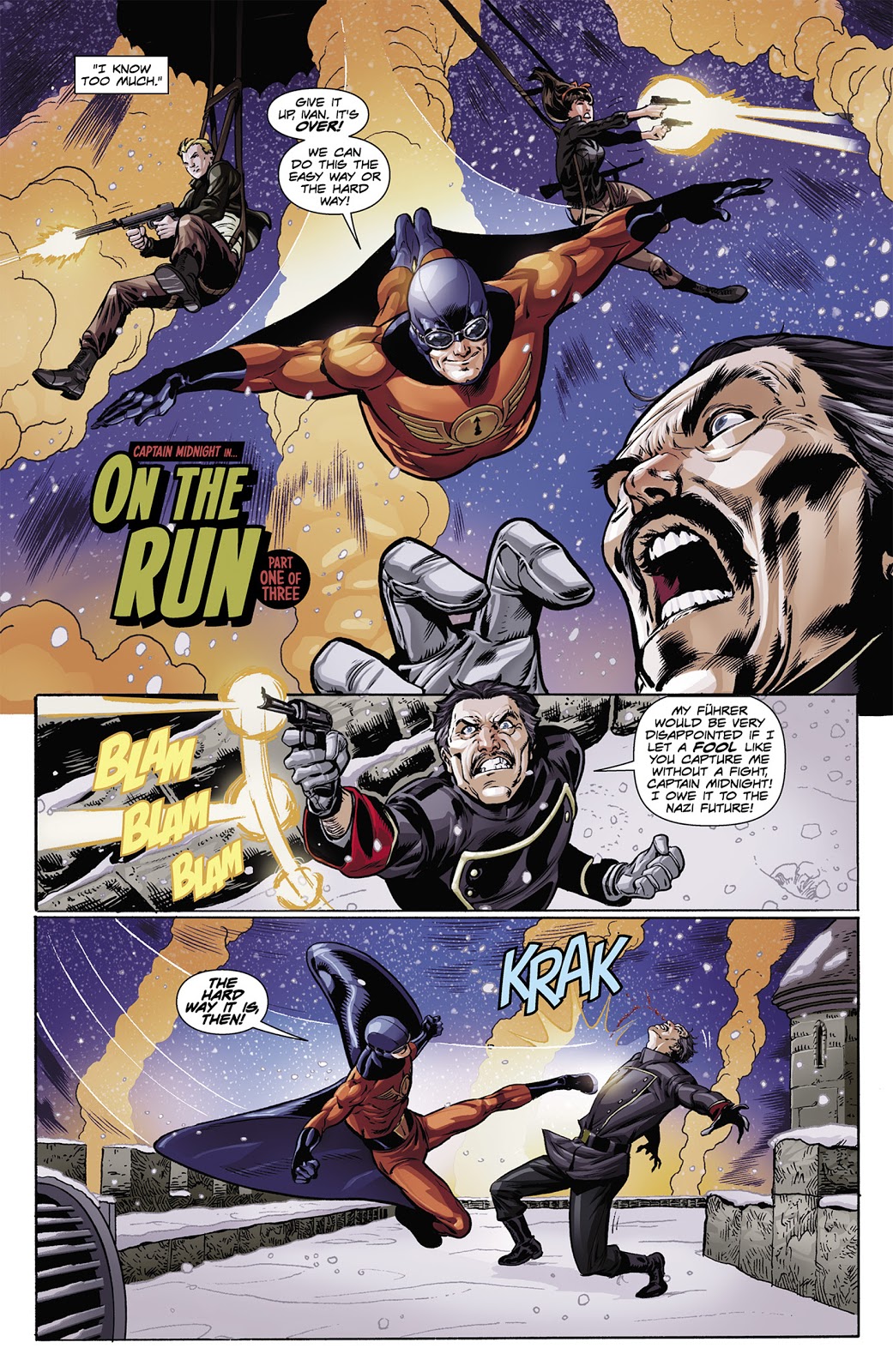 How do you transfer World War II athlete, scientific genius and fighter pilot Captain Midnight to the present day? Joshua Williamson’s solution is neat, simple and ingenious: in the 1940s just have him fly through the notorious Bermuda Triangle where ships and planes disappear without trace, to emerge in the 21st century. This also enables plots to switch from present day danger to the excitement of World War II action as Williamson can have his hero Jim Albright reflect on what for him is the very recent past. Williamson also establishes that Albright may be from the 1940s, but his technological understanding from that era is more than enough to make a seventy year leap.

Beyond that Williamson sets up a viable set of problems while keeping Captain Midnight largely off stage in the present day to begin with. When he disappeared in 1944 he was following Nazi agent Fury Shark who’d stolen some of his technology, and in the present day she runs a global conglomerate, having emerged in the 1980s, not 2013. Williamson makes good use of political pragmatism divorced from ethical underpinning, the USA turning a blind eye to atrocities when there’s something desirable at stake, which appals Captain Midnight and effectively conveys his values and expectations, good and bad, as being from another era.

This is all helped no end by Fernando Dagnino’s impressive art. He revels in the action sequences, and ensures the viewpoints shift often enough so that explanations and investigations never look dull either. Victor Ibáñez and Pere Pérez draw the shorter opening chapters, and both match Dagnino’s capabilities.

Captain Midnight originated in radio serials of the 1940s where sounds and shock were all important, and Williamson nods to those origins with some happenings that are a little too convenient, but which don’t spoil a well conceived and enjoyable revival. The obscenities in German are on the schoolboy sniggering side, mind. By the time we reach the end and head into Brave Old World Captain Midnight has been given a purpose in the 21st century, gathered some allies around him, and established who one of his enemies is. It’s a fine start presenting good omens for the future. 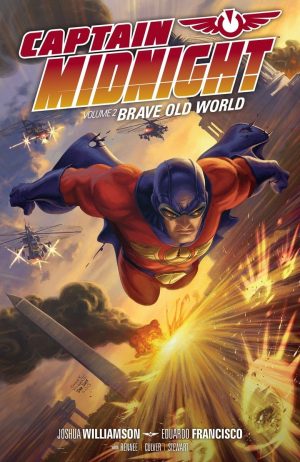 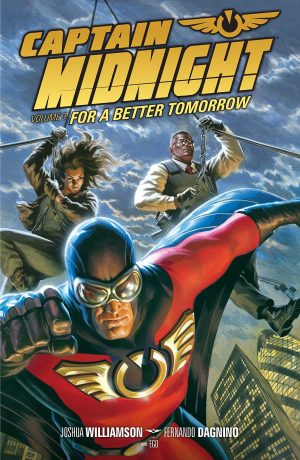 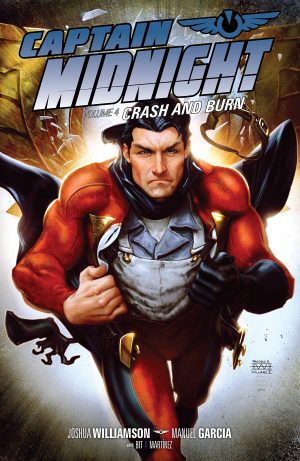 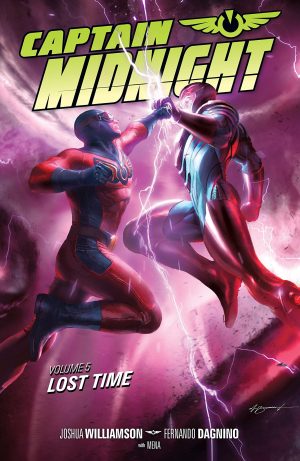