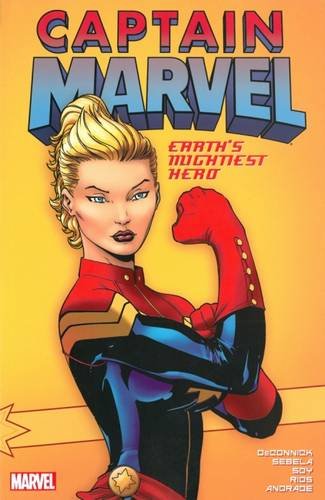 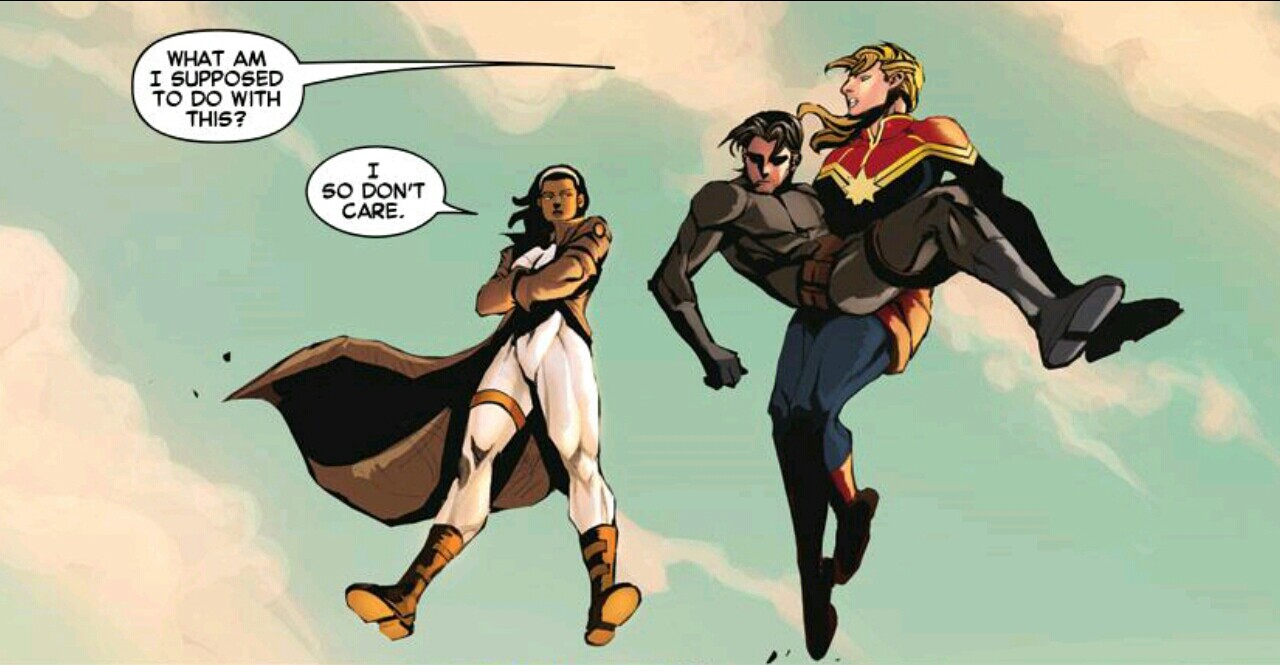 Kelly Sue DeConnick’s run on Captain Marvel, at least in terms of the writing, is one of the best and most consistent treatments Carol Danvers has received since first created at the back end of the 1960s. It’s good to see that Marvel have evidently recognised this, hence this new series of reprints of her stories. These days, everything Marvel publishes is collected, but a second collection within five years of the original publication shows confidence in the material.

The first volume of Earth’s Mightiest Hero covers the first year of DeConnick’s work on the series, from 2012 to 2013 (including a brief writing assist from Christopher Sebala). It reprints material previously collected in In Pursuit of Flight and Down. Carol Danvers, previously Ms. Marvel, Binary, Warbird and then Ms. Marvel again, finally takes on the identity of her Kree mentor (to the annoyance of at least one other previous bearer of the codename), and acquires the most practical and least kinky costume she’s ever had (designed by Jamie McKelvie).

To be fair, DeConnick takes a while to settle in, and the opening story occupying the first half of this collection, is tentative and not as well thought out as it should be. After that, however, DeConnick hits her stride. One of the delights of this series is not so much the plotlines, but the finely portrayed supporting cast: Jessica Drew AKA Spider-Woman, former journalist colleague Tracy Burke, Dakota North, Wendy, Frank Gianelli… Carol is given a believable relationship with all of these, and dialogue that shows DeConnick has a real ear for how people talk.

The disappointment is the artwork. A series of artists take short stints on the title, none of whom are entirely appropriate. It’s not that they’re bad artists – but that their style doesn’t really suit the science fiction superheroics inherent in a Carol Danvers story. Dexter Soy is the best, but even he’s not great. Meanwhile, covers are drawn by the likes of McKelvie, Terry Dodson, Joe Quinones, and others, all of whom have a clear line and would suit the material much better. Colouring, by the likes of Jordie Bellaire and Will Quintana, is excellent, but then it always is these days.

If you can cope with the artwork, the stories are well worth the purchase price. 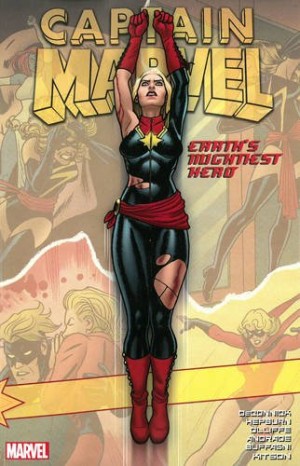 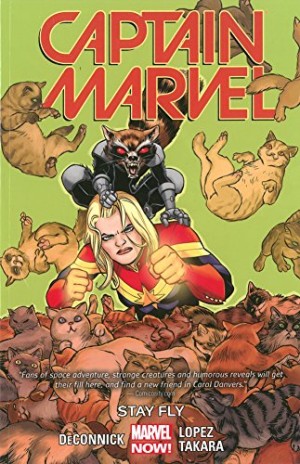 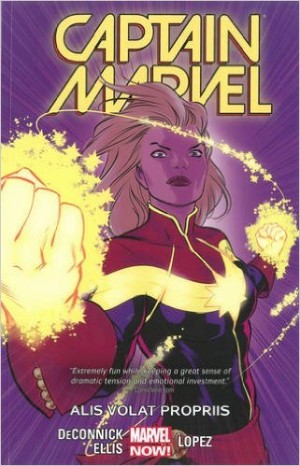