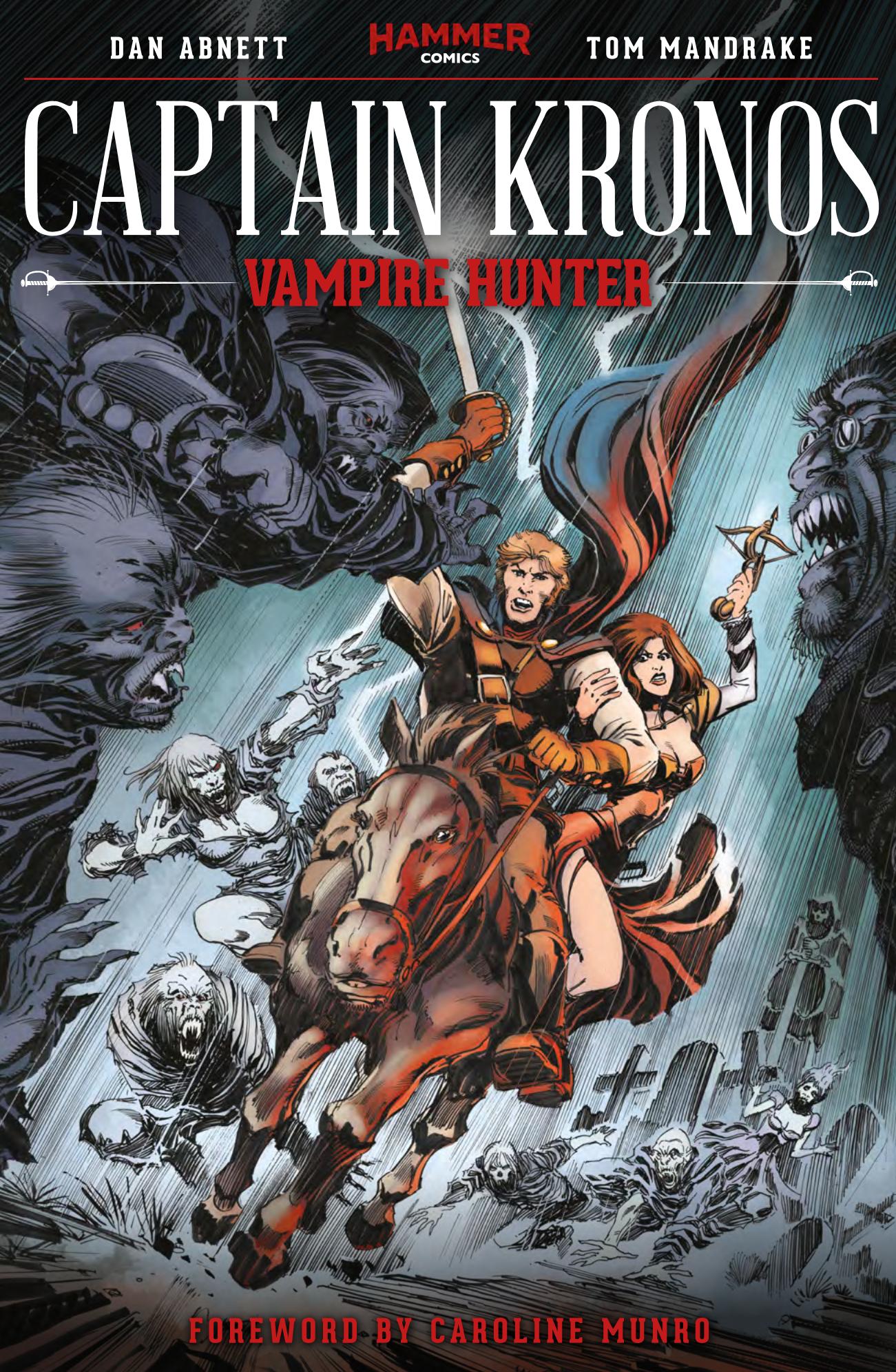 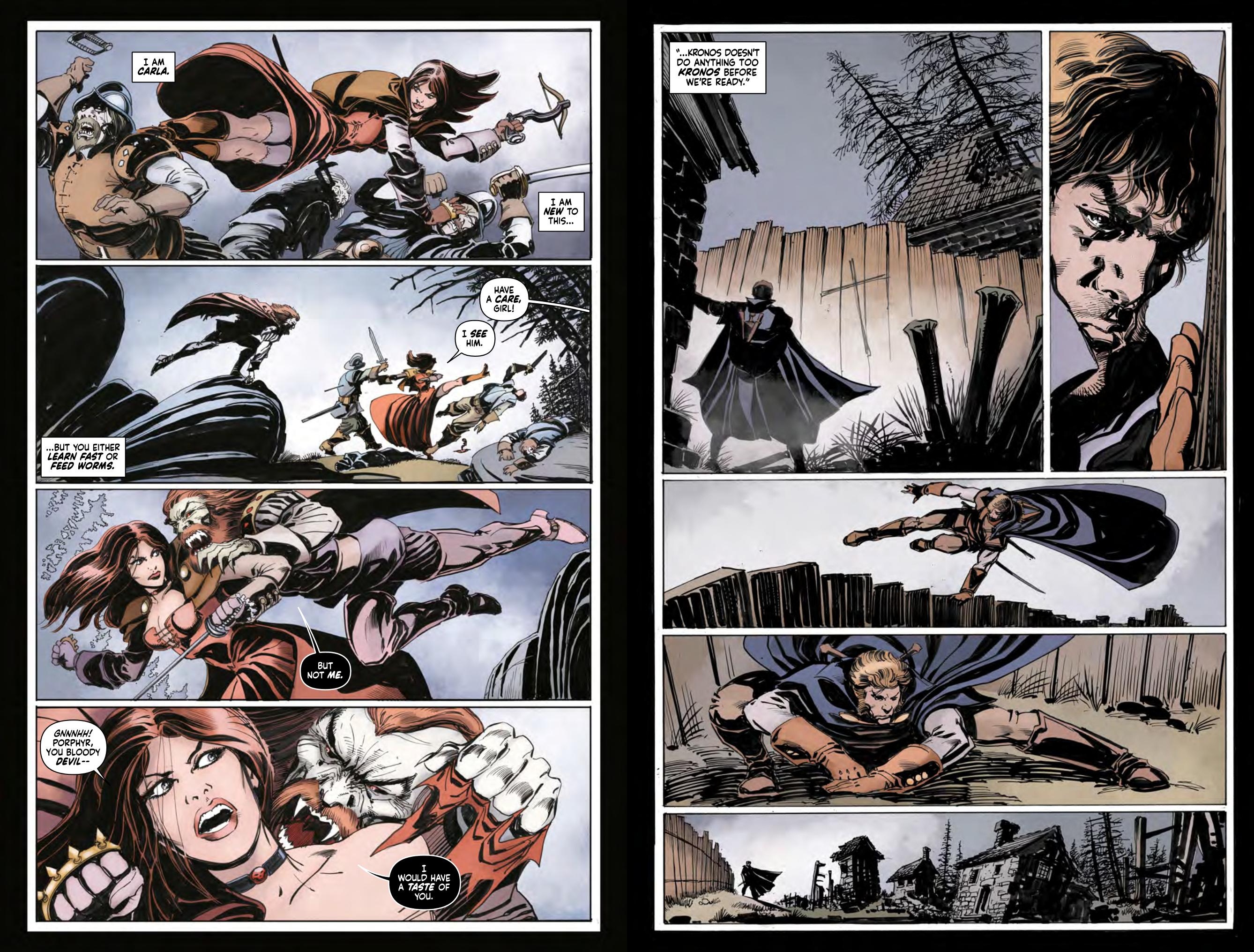 Captain Kronos, his hunchbacked companion Hieronymus Grost, and the glamorous Carla were introduced in a 1974 Hammer Studios film, with Caroline Munro, who played Carla providing a gushing introduction to this graphic novel revival. Kronos is a 17th century vampire hunter, his career imposed on him when the former soldier returned home to discover his family slaughtered. He has an impale first, ask questions later approach to vampires, and as he’s wiped out so many of them he’s a marked man.

Dan Abnett introduces the main cast in action, displaying their capabilities and arsenal, before leading them to a village where there’s a problem suited to their talents, an entire nest of transformed creatures ruled over by a monster named Slake. On other projects Abnett can be a subtle writer, but subtlety is rarely the order of the day when in Hammer horror territory, and Abnett cuts his cloth accordingly, delivering the savage action and several pitched battles. A novel aspect is the vampires of Kronos’s world being adaptable beasts, differing from the conventional types fearing sunlight, silver and crosses. It provides the tension, as Kronos and company have to overcome new difficulties.

Artist Tom Mandrake always has a fluidity to his art, at his best bringing Gene Colan to mind, and that’s a distinct advantage when drawing a graphic novel with vampires as central figures considering that was Colan’s greatest triumph. Mandrake’s professionalism is exemplary, never too flashy, always telling the story, and throwing in some great images, echoing the cinematic origins by using large, widescreen panels that stretch across a page. His design for Slake is wonderful, a hulking great vampire providing a terrifying threat.

There is a surprise before the end, but one plenty of readers will have seen coming. It fits into the mood of a Hammer film, well aped by the creators. We know what we want from a graphic novel based on that, and we get it. The back of the book is filled out with articles about and pictures connected with the original film. All in all, a decent package for admirers of Hammer films. 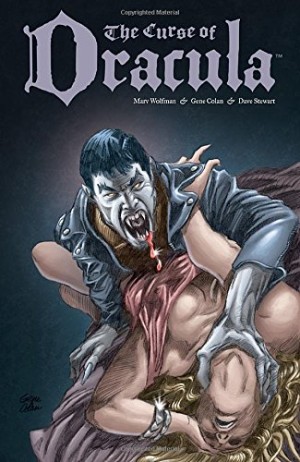 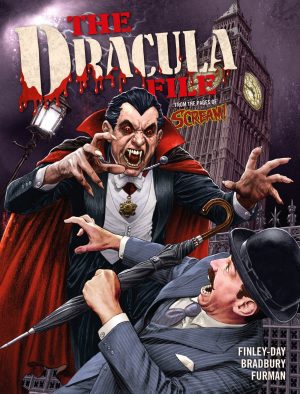