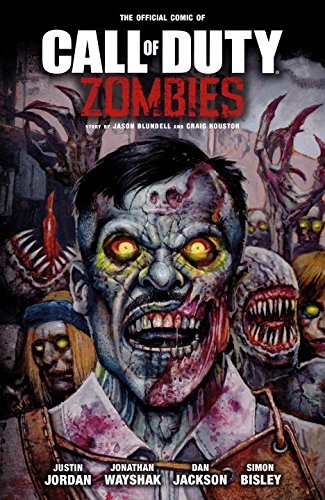 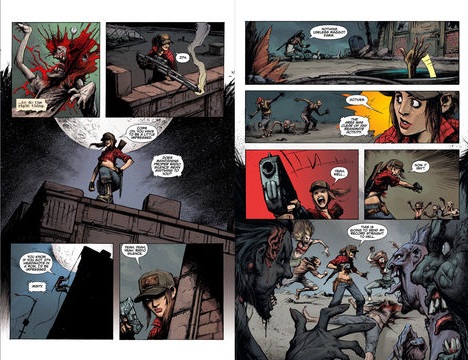 Is there anyone likely to buy Call of Duty: Zombies without being familiar with the game and its cast? Perhaps just because they fancy reading a well drawn zombie graphic novel? If so, there are absolutely zero concessions for them, no explanations of who the cast are or why they’re being chased around a wasteland by zombies. That can be coped with. The life history of everyone in a horror comic doesn’t need to be explained, and if his dialogue doesn’t exactly sparkle, then Justin Jordan ensures their personalities and situation transmit. Reach the end, however, and it makes little sense if you don’t play the game. This might be because the plot has been generated by Activision staffers Jason Blundell and Craig Houston, who’re so intimately familiar with the cast they probably have them round for barbecues, but forget that’s not the case for everyone.

In another sense none of this matters because the purpose of the graphic novel is to recreate the game experience as closely as possible, with the cast running headlong from threat to threat, danger around every corner and a fine selection of monsters and zombies. For five and half chapters that’s what we get, reasonably imaginatively portrayed and with hints of back story. It’s the art that really brings this to life, however, with Jonathan Wayshak’s exaggerations and distortions meshing well with the colouring of Dan Jackson to create the suitably terrifying environment.

The story picks up on Marlton, Misty, Russman and Stuhlinger, known to regular Call of Duty gamers as the Tranzit Crew. They’re being guided by a voice in Stuhlinger’s head, who turns out to be someone else familiar, and the meddlings of Ludwig Maxis continue to reverberate.

Simon Bisley excels on the covers to the original serialised comics, so for the most part, it’s job well done if you just run with crew and don’t expect answers. 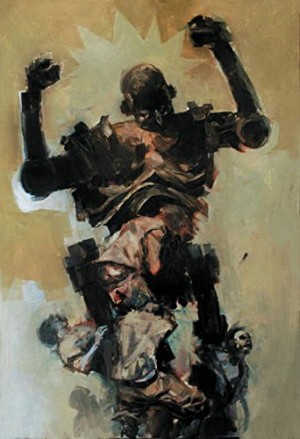