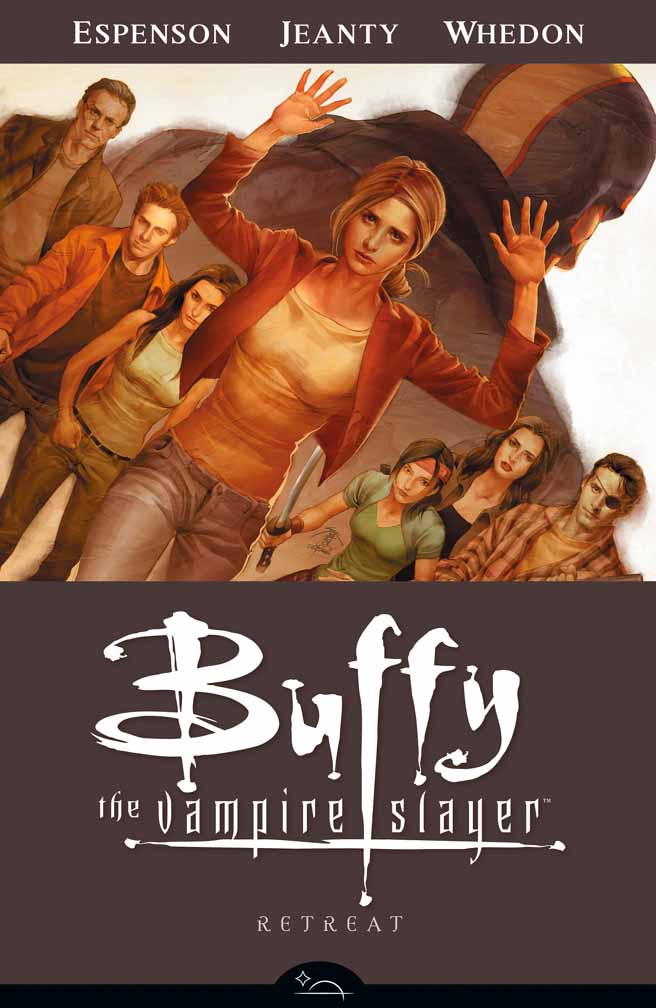 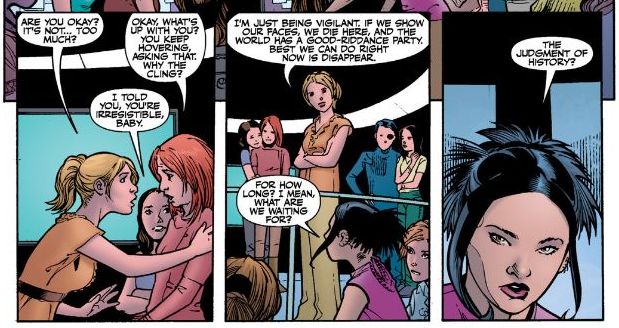 In Retreat the story of Buffy the Vampire Slayer Season 8 starts to ramp up towards its climax – indeed, this volume ends on a cliff-hanger. The collection’s title has a double meaning, both a withdrawal from the enemy, and a place that can give one peace from the outside world, so the Slayer army flees for safety and Buffy takes a decision that will end up having dire consequences. The mysterious Twilight continues to pursue them, moving continually closer. Oz, werewolf and ex-lover of Willow, returns. There’s a twist revelation about another character, and an unexpected relationship begins. The Slayer body count mounts up, and the deus ex machina they turn to ends up being not so good an idea. There’s a submarine in the Himalayas, which in itself is quite cool.

Jane Espenson wrote some of the most highly-regarded episodes of the Buffy TV series. Here, however, though the writing is okay, it doesn’t sparkle much. Of course, it’s unfair to judge this volume purely on its own merits – it’s so closely tied into the overall plot development that it  doesn’t really stand up independently. Even taking that into account, though, Espenson seems shackled by the plot developments Whedon has given her to enact, and the exposition is clumsy at times. The reader regularly asks questions such as “what is happening here?” and “why are they doing that?”

The art team of penciller Georges Jeanty and inker Andy Owens, however, are at the top of their game. The art is attractive, and Jeanty seems to be having a lot of fun with some of the more outlandish elements. It doesn’t make up for a story that fails to grip.

This collection also includes ‘Always Darkest’, by Whedon and Jo Chen, the regular cover artist for the whole of Season 8, which delves into Buffy’s nightmares, and ‘Harmony Comes to the Nation’, by Espenson and Karl Moline, which further develops the Harmony-Kendall-as-reality-TV-star theme originated in the previous Predators and Prey. The series continues with Twilight.