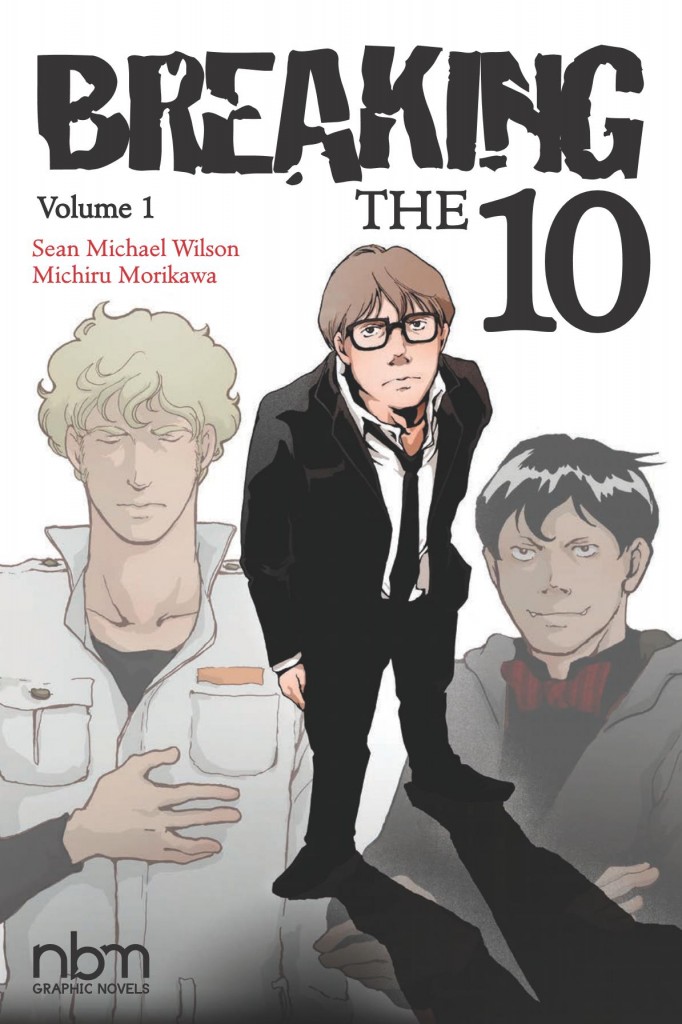 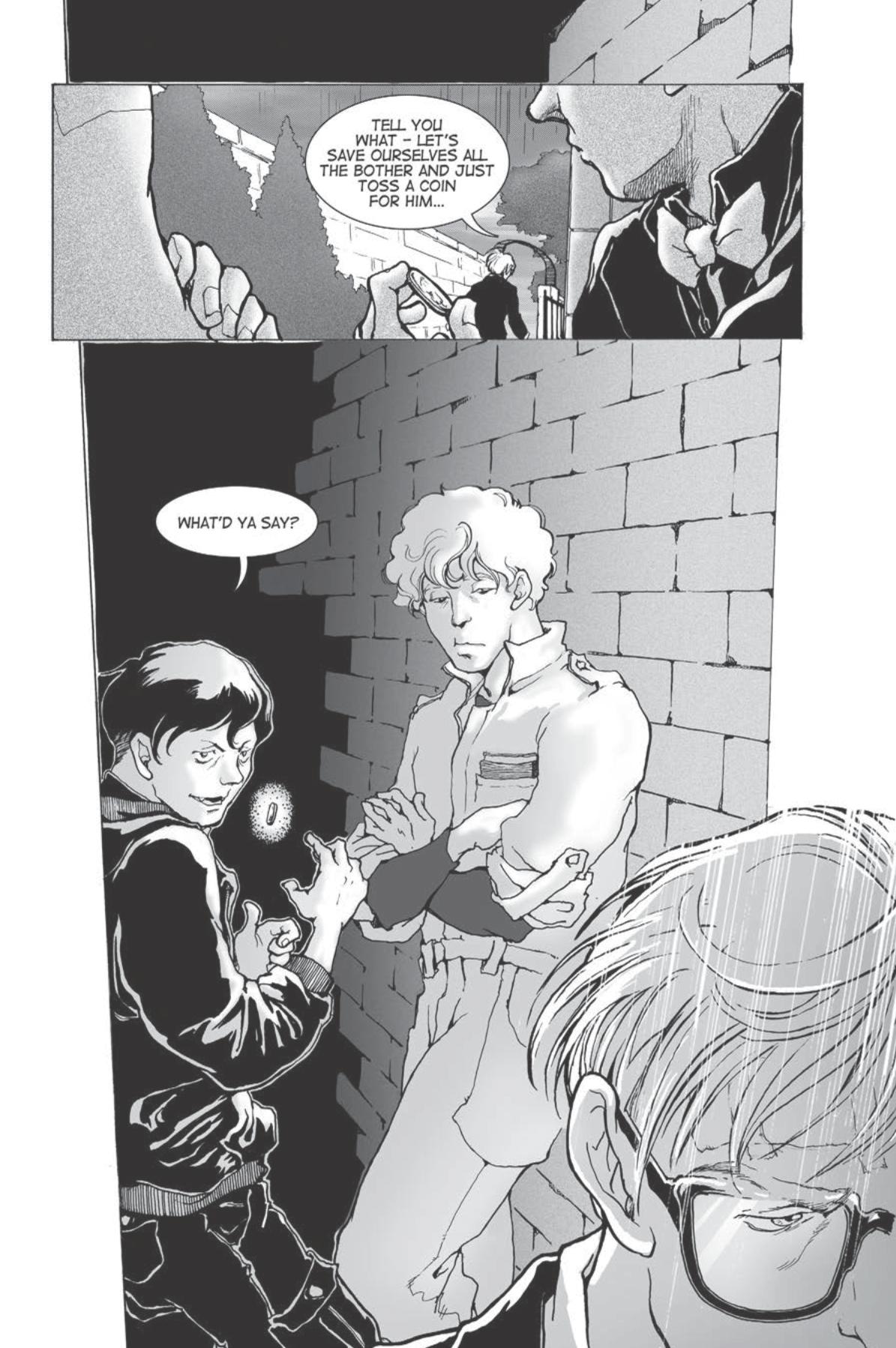 When David’s wife and young son are killed by a drunken driver he’s filled with both rage and remorse, the rage directed against a God who’d permit this to happen. This identifies him as a target for two beings representing the light and the dark, indeed introducing themselves as Mr Black and Mr White, their clothing indicative of their identities. They monitor David, but he’s already come to a decision without their input. As God has no concern for him, he’ll have no concern for God’s desires as represented by the ten commandments, and intends to break them one by one.

It’s a viable plot from Sean Michael Wilson, one not without precedence, but a topic ripe for exploration. This is undermined, however, by lapses of logic occurring throughout. These range from the small and insignificant such as David being aware of the assailant’s sentence at his wife’s funeral, to those undermining the credibility of his character. The rage at God is understandable, yet fundamental to that is the depth of feeling David had for his wife and daughter. Why, then, would coveting his neighbour’s wife be among the earliest commandments broken?

Michiru Morikawa has a delicacy to her art, and a fine way of personalising the cast during dialogue free sequences, although some of these would originate in the script. She’s very good indeed, and David’s characterisation is as much down to her strong emotional depiction as any dialogue. Despite the topic, much of the graphic novel is contemplation and conversation, yet there’s never a dull looking page.

Breaking the Ten contains considerable philosophical and ethical debate as both Mr White and Mr Black attempt to sway the balance of David’s views toward their line in the sand, and Wilson’s dialogue for David consistently underlines the hypocrisy of those claiming to follow the word of God. The story would be far stronger, however, for some effort to provide a sense of balance. Mr White is a rather feeble defender, while Mr Black, in this opening volume at least, is content to be the provocateur. The discussions expound views, but never convince as conversation. Where the book is at its best is when David’s alone with his anguish and rage.

We’re led into the forthcoming conclusion by the big question hanging over David. It’s easy enough to break the sabbath, but will he go as far as murdering someone to follow through his personal torment?