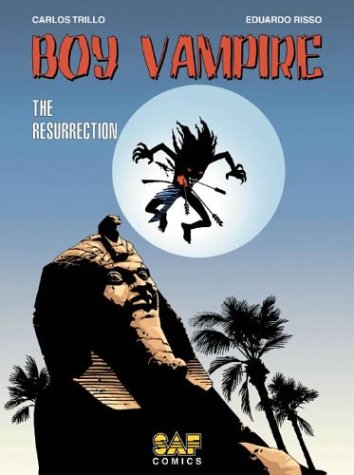 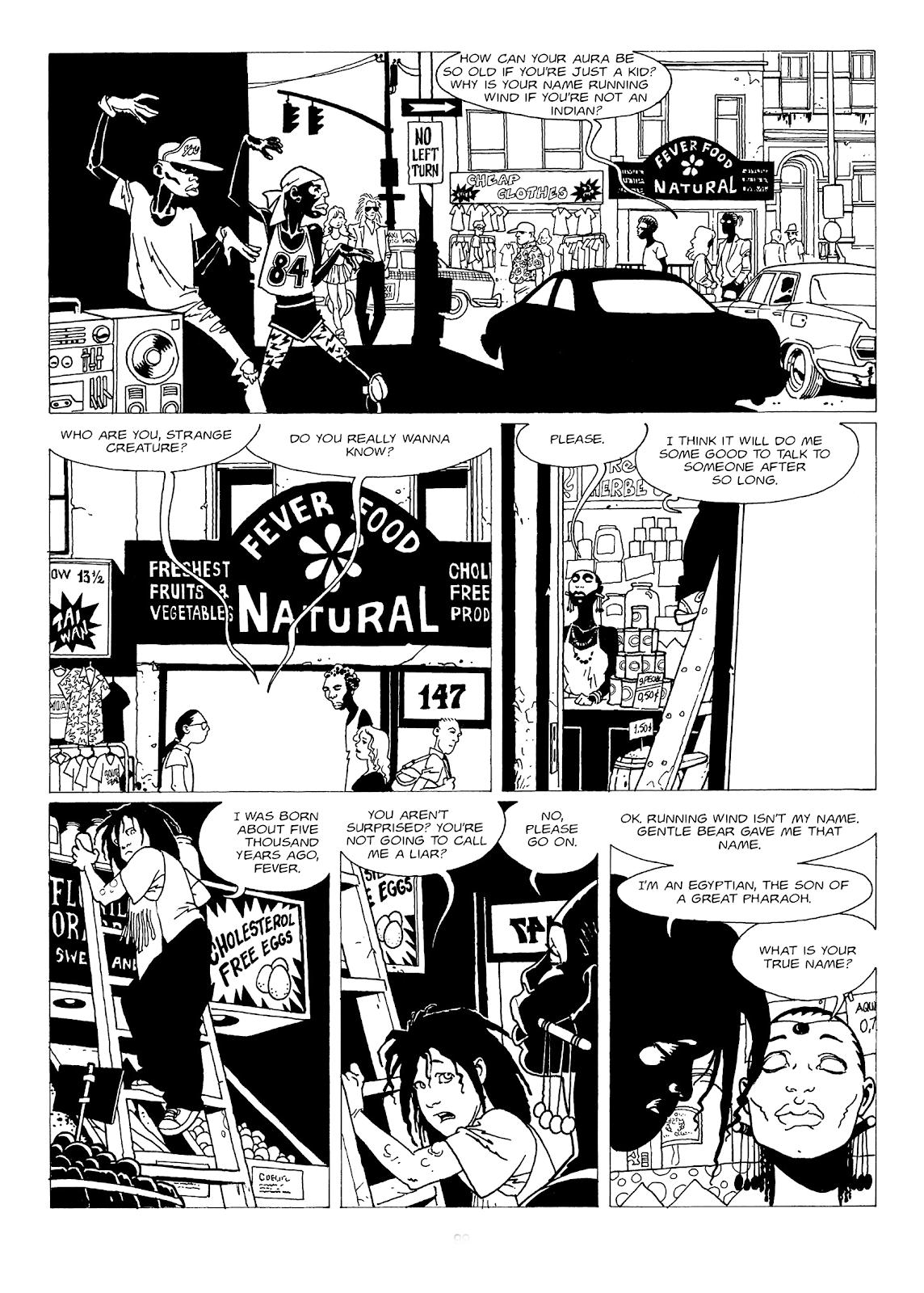 English speaking audiences discovered Eduardo Risso’s phenomenal artistic talent as he drew the gangster noir of 100 Bullets from 1999, but Spanish speaking audiences had longed thrilled to his mastery of black ink and shadows. Boy Vampire just predates 100 Bullets, its European serialisation in short episodes starting in 1995, with the collections following later.

The never named vampire of the title may resemble a ten year old boy, but has lived for several thousand years. Unlike the traditional vampire he’s actually energised and revived by sunlight, and emerges into the last years of the 20th century having been dead underground for roughly fifty years. He’s perpetually hungry, but tries to avoid draining humans of blood, and another talent is an almost instant recovery from even serious wounds. He’s not the only one who’s survived an event in ancient Egypt, though, and an enmity stretching back over the centuries is revived soon after his return.

Carlos Trillo’s vampire still thinks as if ten, providing him with a sympathetic innocence, and is portrayed as a tormented soul, chased from pillar to post in a hyper-exaggerated New York where no-one is safe from roaming gangs and casual sex in public seems common. Trillo’s plot is episodic, some might say rambling, with the boy vampire intervening in a number of problems, his invincibility proving invaluable, and in places it’s strangely spiritual, which is completely contrasts the perpetually sleazy city portrayed by Risso. Interludes in ancient Egypt offer a more decorative side to his always impressive art. It’s that art elevating a story with an interesting premise, but a meandering execution, Risso putting the effort into defining every single person whether having a supporting role or just lurking in the background of a single panel. His locations are just as well defined, and compulsively detailed.

Trillo and Risso continue with The Curse, although in 2010 Dark combined all four volumes as Vampire Boy. 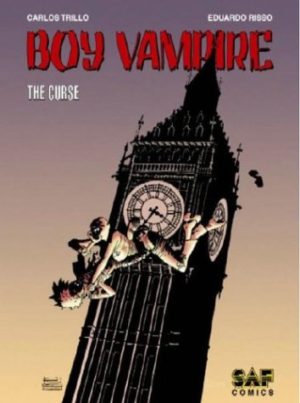 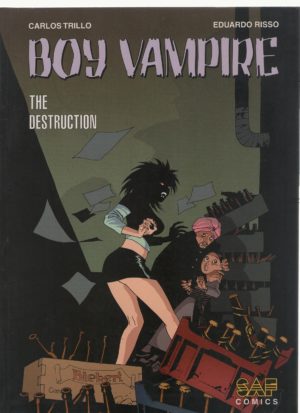 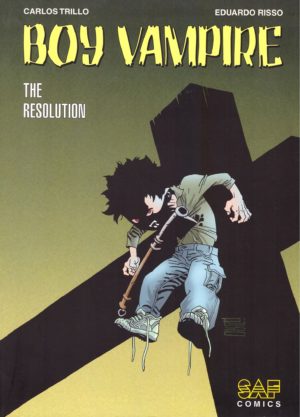