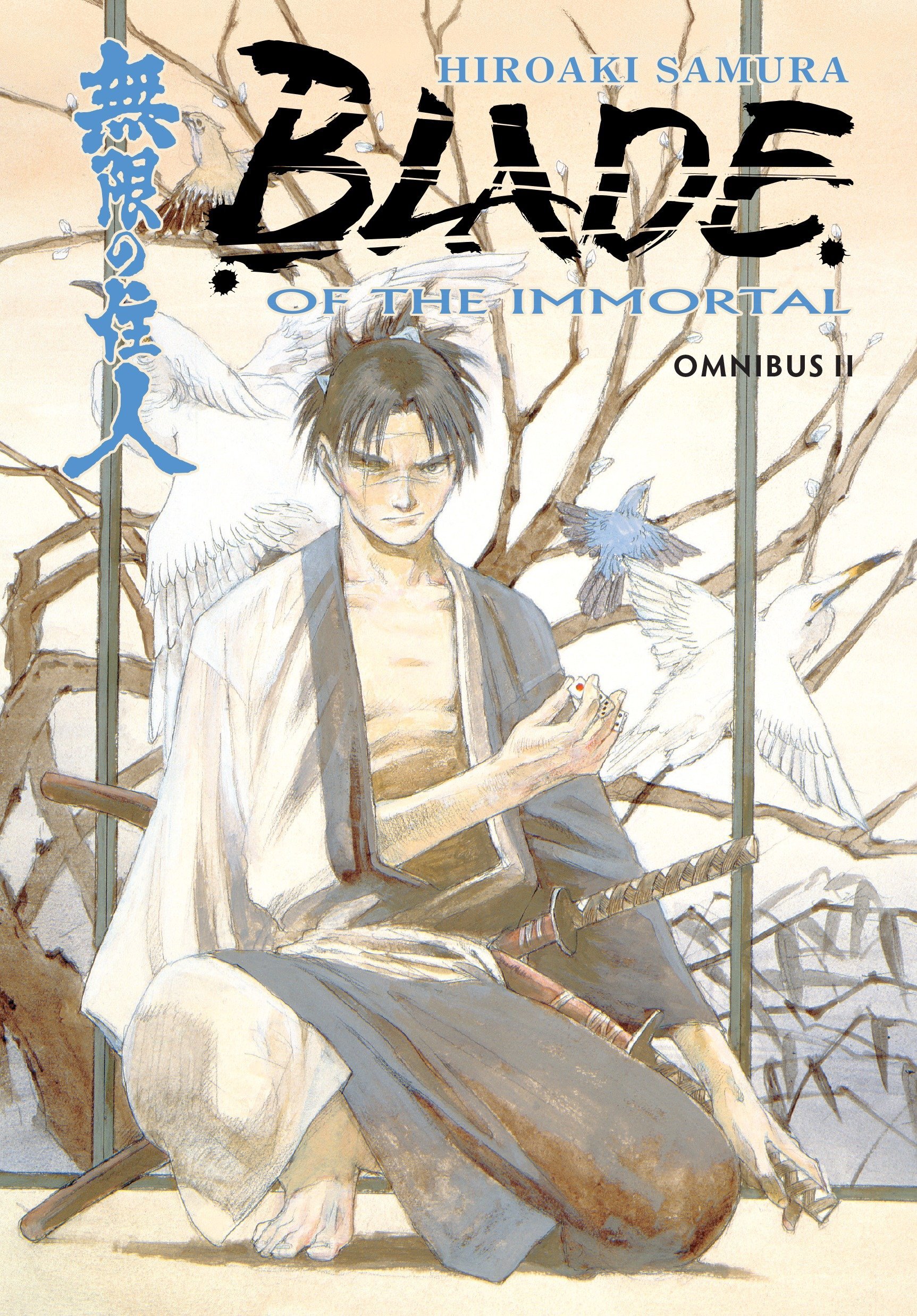 Seeing her family wiped out by Anotsu Kagehisa and his Ittō-ryu colleagues two years previously, Rin has vowed vengeance. Now sixteen, she’s set on that path by hiring Manji as her bodyguard, an expert swordsman who can recover from any injury, no matter how fatal it may seem.

This Omnibus collects both volumes of On Silent Wings along with Dark Shadows, and these are the point in the series where Hiroaki Samura begins to toy with audience perceptions. Based on the content of the first Omnibus most readers will have reached conclusions about the roles of some characters, but although the artwork is black and white, almost the entire story explores shades of grey. Taking this as his driving force, Samura consistently confounds, continually offering new insight and adding layers to what he’s already shown. Kagehisa, previously the abject villain, is supplied with some motivation, historical context applied to his recent past, and while he’s not a constant presence, Samura will continue refining him until Blade of the Immortal’s conclusion.

Samura expands his cast considerably, introducing several creations who’ll be around for the long haul. The sadistic Shira is a reflection of what Manji could have become, a superb swordsman entirely without conscience or regret. He’s one of the few characters who’ll remain as introduced, lacking shades of grey and becoming ever more appalling. Equally grim, but in a more manipulative way, is Kagimura Habaki, a man who seems reasonable here. Hyakurin is a presented as a figure of some allure, yet immensely capable when it comes to trickery and fighting, and is someone else who’ll be perceived differently as the series continues. So will Giichi. He represents another creative aspect of Samura’s imagination. Throughout the series he’ll introduce people with fantastic, yet individual, bladed weapons, all of his own design, yet all something consistent with the technology of the time. As seen in the sample art, Giichi works with paired sprung blades attached to long chains, enabling him to be deadly from distance, to kill without ever coming within reach of a standard swordsman’s blades.

The first omnibus was good as Samura suckered us in with what appeared to be a standard story of samurai revenge, but this ups the quality and expectations, and there’s another leap for Omnibus III. 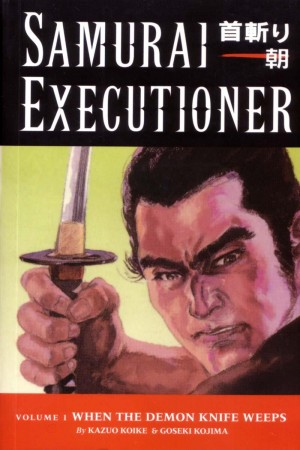